It takes a lot of effort to come up with a unique idea for a video game these days since just about everything has been done to death. Yet, Flight School Studio’s newest game, Stonefly, may be one of the most unique titles that I’ve played in recent memory. While it borrows a lot of ideas from other games about mechs, the way it uses its fighting robots to battle giant insects allows for some of the strangest combat scenarios I’ve ever witnessed.

Of course, not everything about Stonefly works as it has a few issues that keep it from being truly great. However, its core gameplay mechanics and captivating setting are still worth checking out just to see how weird it all gets. 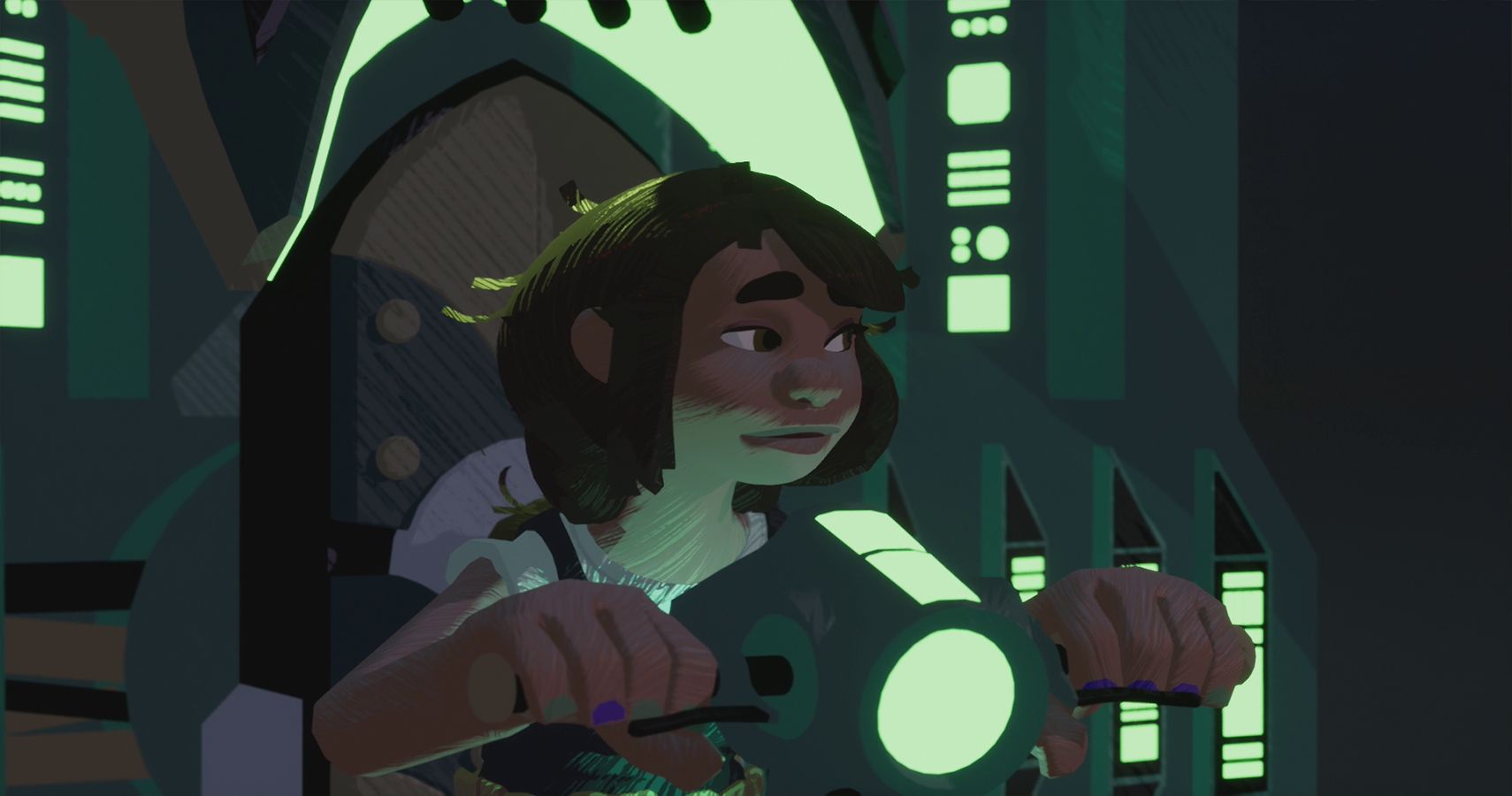 Stonefly takes place in a world where either everyone is incredibly tiny or everything is massive. People live in the trees, fight off giant insects, and use specialized bug-shaped mechs known as rigs to mine minerals and glide through the air. You play as Annika, a young girl who is the daughter of an engineer who happens to own one of these mechs that he keeps locked away in their shed. Annika is irritated by how much her father seems to care about that rig more than her, so one night she takes it out for a joyride. Unfortunately, she forgets to lock the shed afterward, which leads to the rig being stolen and her father being disappointed by her irresponsibility. Realizing her mistake, Annika sets to recover the lost rig and maybe discover a little more about herself along the way.

It’s a classic coming-of-age story only with mechs and enormous bug battles. It’s told well and the characters you meet along the way are very likable. There’s Clara, the overly excitable, clumsy bug-lady; Daven, who always keeps his cool under pressure and would do anything for a good jacket; and Blair Ravenwood – that’s just a solid name right there – the tough as nails leader of a rogue group of mercenaries called The Acorn Corps with a chip on her shoulder and a lot to prove. Annika herself is also quite endearing as she’s the type of young protagonist who’s always trying to do the right thing and help those around her, although she can also be aloof and a bit of a dreamer.

The narrative is the kind of story you’d find in a young adult novel with a young girl becoming a hero and finding her purpose. What makes it more interesting is the setting. This odd planet where gigantic bugs roam about while humans and humanoid aliens drive their mechs to embark on dangerous missions is absolutely fascinating. There’s a lot of lore and backstory that’s hinted at that could have been explored further. I kind of hope there’s a sequel or it’s followed up in some other form of media as I loved this bizarre world.

The graphics have a cel-shaded style that gives the game a hand-painted look. There are plenty of colors and the various nature scenes can be quite striking. There are autumnal leaves, flowing streams, snowy treetops, and other beautiful landmarks. The character designs themselves are fantastic and they’re animated well. There’s no voice-acting, but through their faces and gestures, you get a good sense of who these people are. To go along with everything else, the music is also original and offbeat. It features plenty of bloops, bleeps, and odd percussion patterns. It’s hard to properly describe, but it was oddly relaxing and perfect for this game. 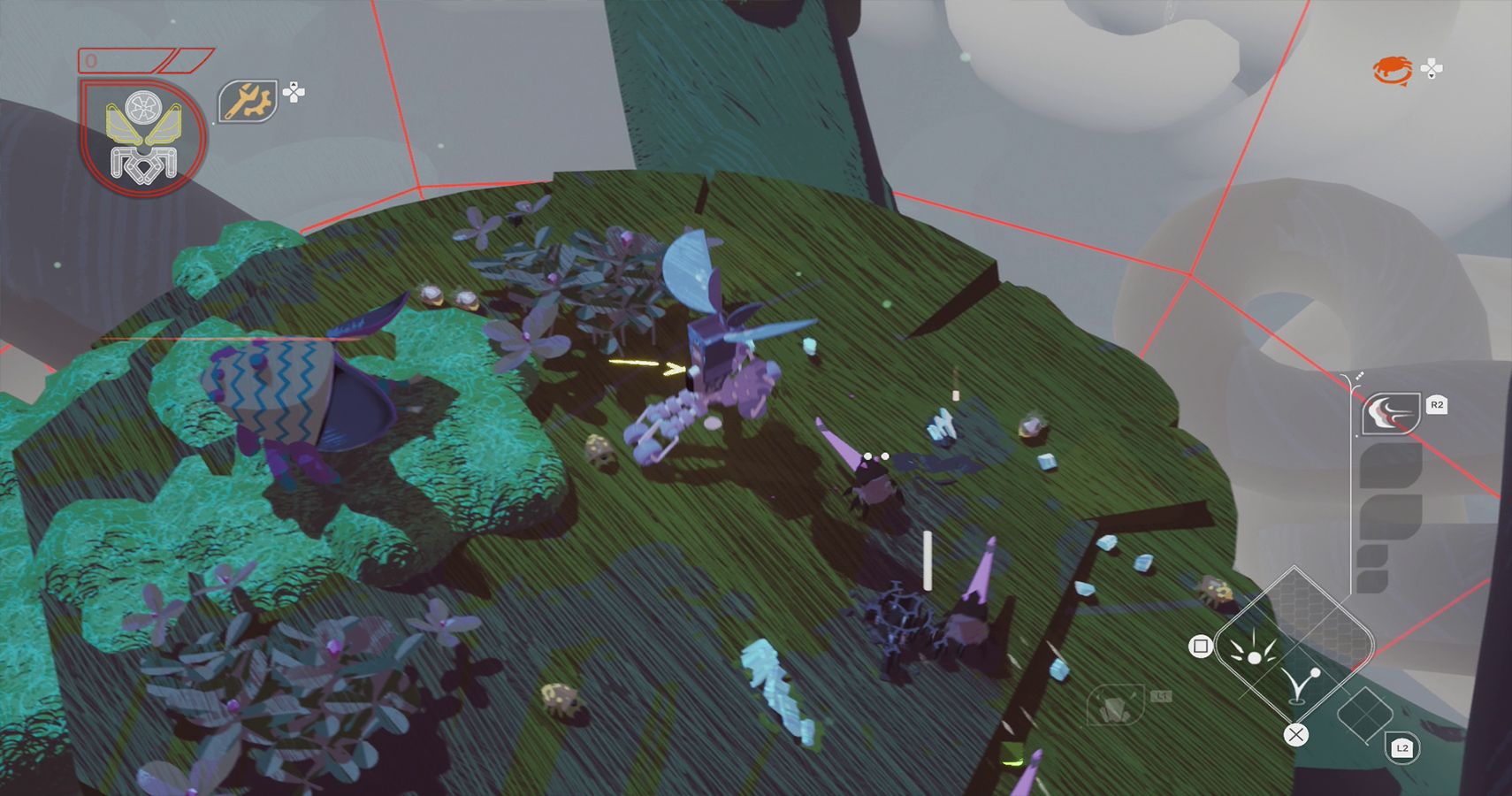 I can’t say I’ve ever played a game with a combat system like Stonefly. You drive your rig and float through the air among the treetops and rocks. You can bounce on the ground, glide, and use a tether to mine minerals. Certain areas are combat zones where you’re surrounded by a variety of huge bugs with different attack patterns. Some will rush you, some spit projectiles, some will try to blow you off the platform, etc. The way you fight back is by hovering above the bug and pelting them with projectiles in the air. Once you’ve depleted a bug’s health bar they’ll be knocked on their backs. You then emit a gust of wind from your rig and knock them off the platform. So essentially, the combat is kind of like a sumo match between a mech and ginormous insects.

This makes for some atypical combat situations where you need to figure out how to knock some bugs out by using your rig’s abilities. I thought it was a pretty interesting gameplay mechanic, although blowing these bugs off the stage could sometimes be a pain with a crowd of other bugs swarming around you with their attacks. It was especially frustrating during some boss fights where you have to hit bigger bugs with rocks. The aiming on that can be a little finicky.

Since Annika is a talented pilot and engineer, she’s able to upgrade her rig to gain a host of new abilities to make these fights easier. That’s why you gather minerals. They’re used for new upgrades or to buy vital upgrade equipment from Clara. As you join up with the Acorn Corps, these will also be used to advance the plot as a specific amount of each kind of mineral will be necessary for certain missions.

That’s where I think Stonefly stumbles a bit. There were a few times where the entire campaign stopped dead because Annika needed to craft a new upgrade or the Acorn Corps needed an arbitrary amount of minerals. This forces you to revisit areas you’ve already been to scrounge up enough materials to keep things going. You’ll rarely find enough in the levels alone. Instead, you need to track humongous bugs called alphas. These bugs are the size of a level themselves and have a vast array of minerals growing on their backs. But to get to them, you need to travel to old levels and find their tracks. This usually only takes a few minutes, but it was annoying to have to constantly find the tracks, go to the alpha, and continue doing that until I had enough minerals to continue the story. I felt like these parts dragged things to a halt. Especially since Stonefly isn’t a very long game, so it sort of felt like extra busy work to pad out the playtime.

While I praised the setting earlier, some aspects of the world could sometimes be a hindrance while playing the game. It wasn’t uncommon for the camera to shift awkwardly or get obscured behind a tree or leaf. There’s no instant death for falling off the stage, but it was an occasional annoyance to lose track of where I was. It could also be easy to confuse what was solid ground and what wasn’t. I had quite a few moments where I glided towards something only to discover an invisible wall or find out that that area was out of bounds. Nothing game-breaking, but navigating the terrain wasn’t always a smooth ride. 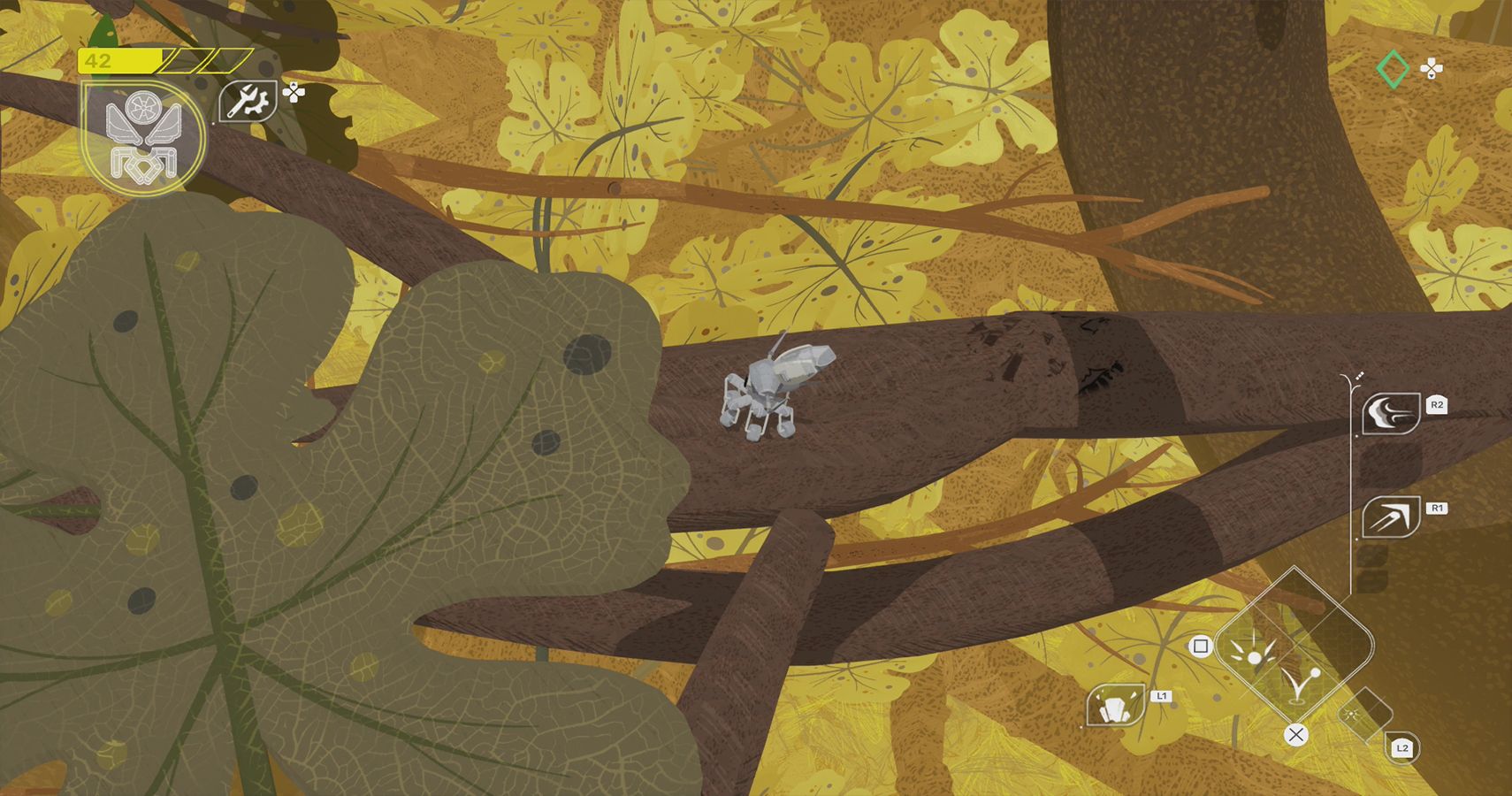 I have to commend Flight School Studio for making a game that’s unlike anything I’ve played in recent memory. Stonefly has one of the most original settings and a genuinely unique gameplay hook with its mech vs bug sumo battles. I would love to see this get a sequel as I’d like to know more about the history of this world and its characters. It’s not perfect by any stretch of the imagination as the combat and camera could be wonky at times and the constant grinding for minerals drew things out more than it needed to. If anything, that’s more reason for a sequel as I’d like to see the combat improved and polished up.

It is a little rough in places and there’s room for improvement, but I’ll gladly play something that’s as weird and creative as this over another generic triple-A open-world game. If the idea of a mech game crossed with Fern Gully sounds like a good time to you, then I’d say Stonefly is definitely worth a try.

A PS4 copy of Stonefly was provided to TheGamer for this review. Stonefly is available on PS4, PS5, Xbox One, Xbox Series X/S, PC, and Nintendo Switch.