The Best-Tasting Pokémon Are (Mostly) Endangered

As a Wiccan, I have some complicated feelings about eating meat. On the one hand, the industrial farming complex is one of mankind’s cruelest inventions, and has done untold damage to our ecosystem – which, naturally, goes against my deeply held spiritual beliefs.

On the other hand? I really love cheeseburgers, y’all.

Point being, the verdict’s out on whether or not I think eating meat is ethical or ultimately does more harm than good. Yet I wonder, whenever I throw myself into a new generation, if people in the world of Pokémon have these same qualms. We know that people eat them, but just how often? Is it normal, or is it considered a delicacy? What are the laws surrounding it?

These are questions that aren’t brought up often enough, in my opinion. Leave it to me, then, to take a dive into the strange, dangerous world of Pokémon cuisine to figure out which cuddly little critters make for the tastiest snacks according to official lore. PETA, cover your eyes and go back to murdering innocent animals – we’re going in! 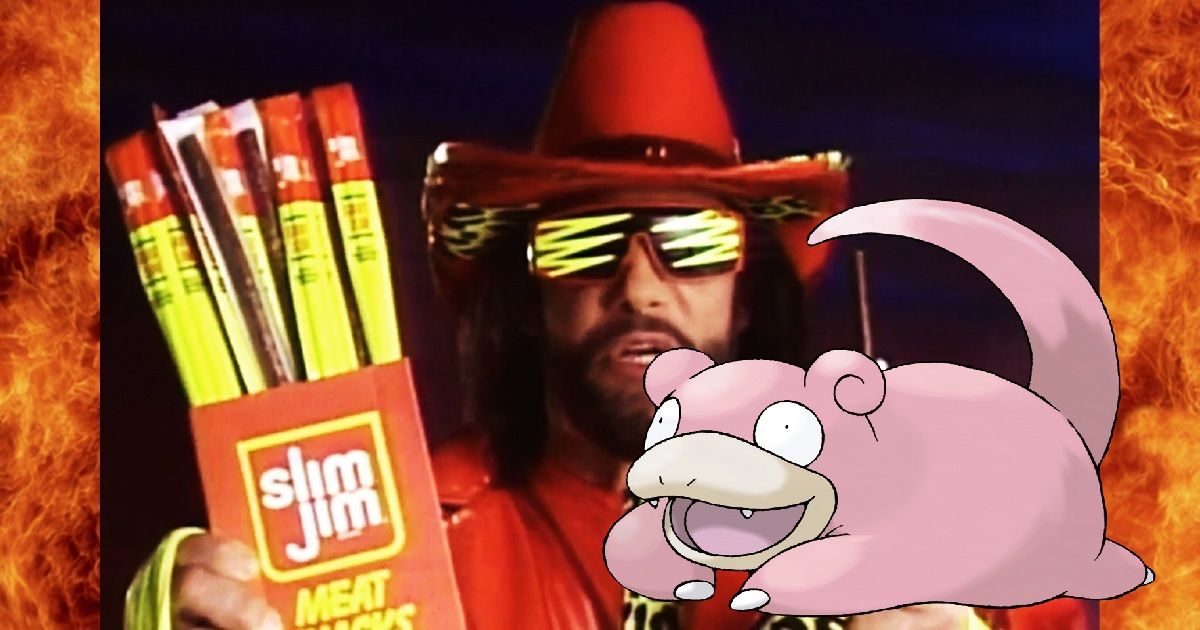 Perhaps the lowest-hanging fruit here is the Slowpoke. It’s known as early as Pokémon Gold & Silver that people harvest the sluggish creature’s tails and sell them as a snack. In this game, the practice is depicted as cruel and barbaric, and the player is tasked with bringing an end to it.

However, by the time Sun & Moon roll around, the practice is seemingly more acceptable. As it turns out, Slowpoke tails just kind of fall off after enough time, and regrow over time. In fact, these games depict all sorts of wild dishes people make with the tail, like Slowpoke Tail Quiche and Slowpoke Tail Sandwiches. Being an Alolan cuisine staple and all, it’s safe to assume they’re probably fairly tasty.

Still, I can’t help but wonder about the taste, not to mention the mouthfeel. Are they savory and chewy? Tender and sweet? The mind boggles. Either way, I’d definitely snap into a Slowpoke Tail Slim Jim. Mmm. 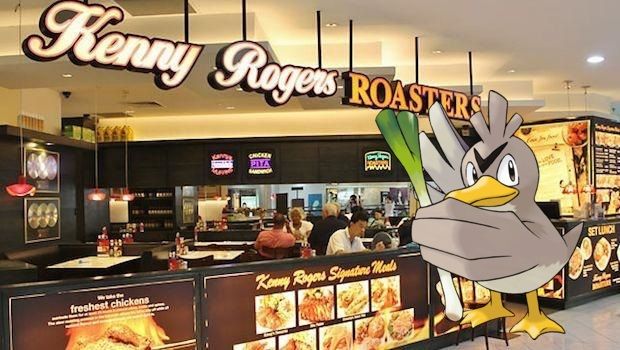 If you’re in the mood for something with a little more protein, though, waiting for a tiny tail to fall off just isn’t going to cut it. You need to hunt down a Pokémon with more meat on its bones – something that tastes good skinned, gutted, and cooked with your seasoning of choice.

That being the case, then, Farfetch’d fits the bill quite nicely. These impressive birds, which stand at over two feet tall and can weigh anywhere from 40 to 90 lb., have plenty of delicious avian meat to go around. They’re also noted to be particularly tasty when cooked with leeks, which they just so happen to carry with them. With nothing more than a well-placed Thunderbolt and some patience, you’ve got a hearty family meal!

Only… it’s probably not the best idea. See, Farfetch’d is so delicious that it was hunted en masse at some point, driving the creature to near extinction. So, unless you’re one of those absolute dickheads who gets off on hunting endangered animals, this is one tasty dish you’ll have to live without. 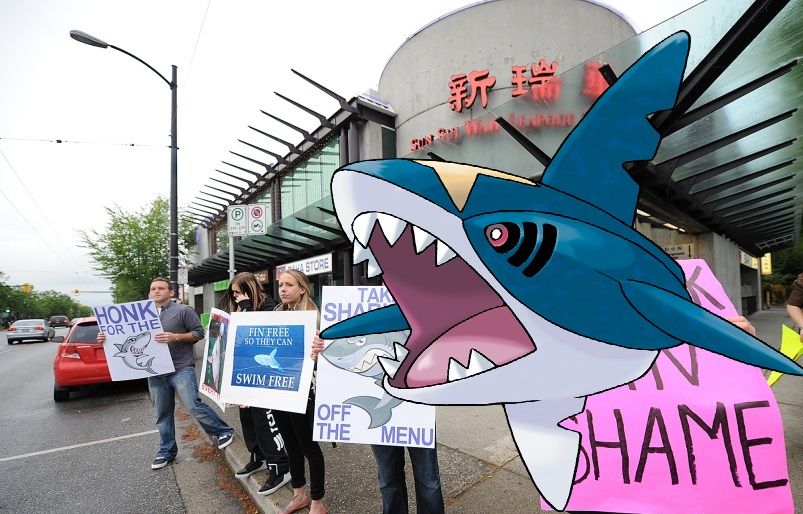 Eating shark fin soup is a delicate, fraught thing. On the one hand, it’s important to respect cultures that have historically dined on it, and to not give into racist, alarmist rhetoric when discussing the issue. On the other, gathering the shark fins in question is an objectively horrid practice, and one that has done untold to damage to the global shark population.

Things are, unfortunately, not much better in the world of Pokémon. Sharpedo dorsal fins are prized as a rare delicacy, and throughout history, the creature has been hunted in order to harvest and prepare. However, much like Farfetch’d, over-fishing almost brought the Sharpedo population to extinction. Since then, the practice has been frowned upon, and was seemingly discontinued by most cultures.

Still, it’s impossible to not wonder what it tastes like. Shark fin soup, after all, isn’t exactly delicious for the mostly tasteless fin itself, but for the way its gelatinous texture complements its tasty broth. Is it the exact same deal with a Sharpedo fin, or is it a good bit more scrumptious? Either way, we’ll probably never find out. 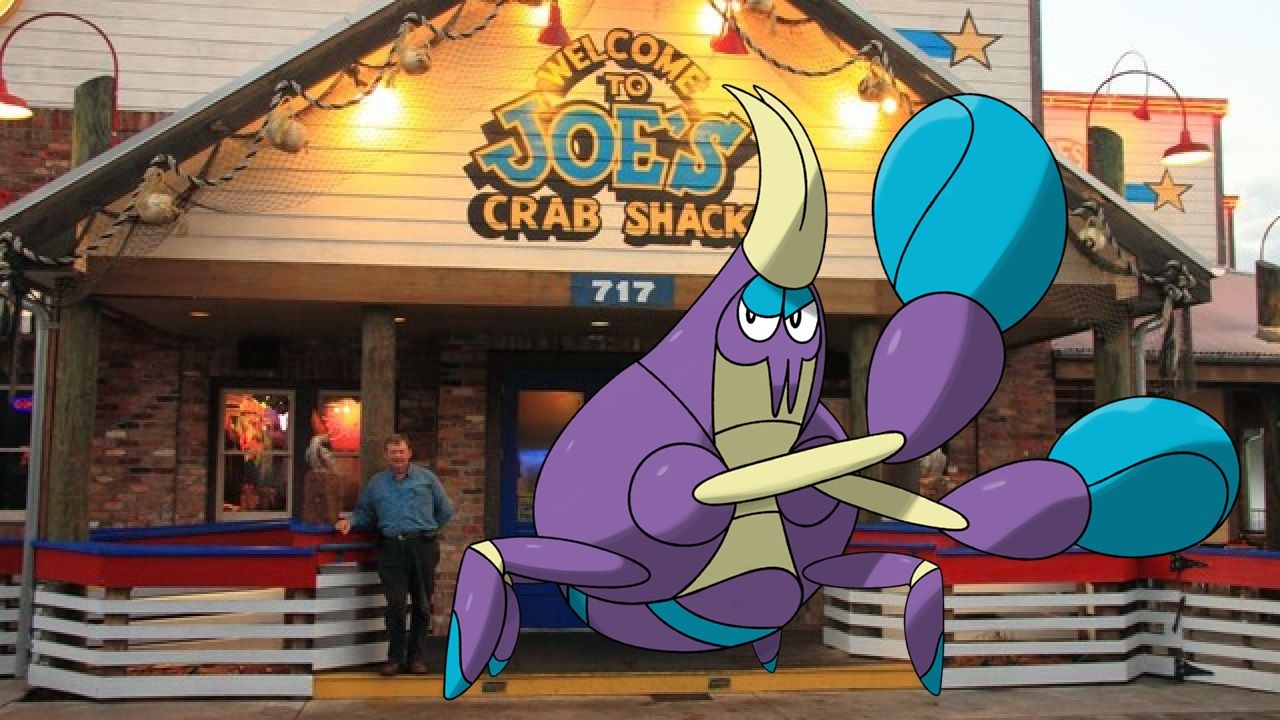 Fresh crab and lobster are some of the tastiest (not to mention priciest) seafood you can get. There’s something special to cracking open a hard shell, then drowning the juicy meat in butter and cramming it into your feed hole. Salty, sweet, and savory all at once, both are absolute must-haves if you’re on the coast.

As it turns out, there’s an equivalent to these dishes in Pokémon – the combative, perpetually angry Crabrawler. While its pincers aren’t particularly meaty, they’re chocked full of nutrients and are known to be exceptionally delicious. Better yet, there’s no shortage of these little guys, so people can feel free to hunt these suckers and rip off their claws indiscriminately!

(There’s surely a law against this, right? Right?)

That said, try not to get Sun’s Crabrawler confused with its Moon equivalent, Crawdaunt. Its claws are supposedly just the worst, their rancid meat being a far cry form Crabrawler’s.

With these four examples, it’s interesting to point out that three of them have some sort of ecological message tied to their consumption. Harvesting animal parts is mostly depicted as an extremely bad thing, and is shown to push beloved creatures to extinction. It’s almost as if the entire literal fucking point of the Pokémon franchise is to point out mankind’s over-reliance on the unethical exploitation of the planet, and how our very existence constantly threatens the natural order as we know it.

Almost! That would be crazy, right? Anyway, sound off in the comments on which Pokémon you’d like to hunt and kill for food! After all, this is definitely a normal thing to think about, right? Guys?

Hey, where are you going?

Next: Baby Yoda Can Now Fly With You In Star Wars: Squadrons 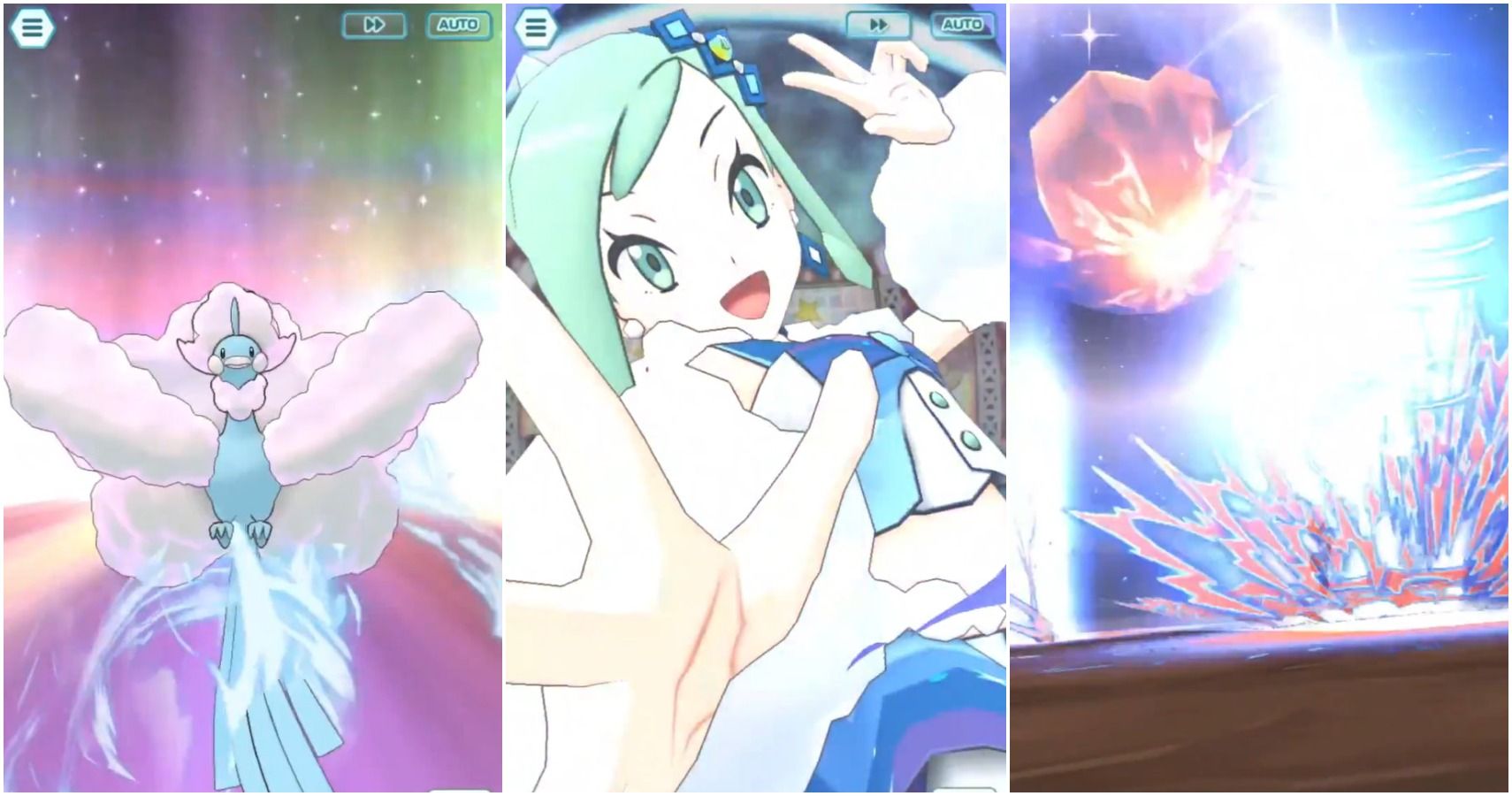