The bounty hunters of Fallout 76 will kill anyone you want, for a price

Three hired guns stand watch as a man waits inside a jail cell. Desperate, the prisoner cries out for help. He has no idea what these people want, but he’s prepared to do whatever it takes to appease them. For a moment, it seems as if the goons have taken pity on this poor, confused soul. They open the door, and let him out. But their guns are still raised. They’re not done yet.

Slowly, the trio leads the man up a stage. Two big arrows tell the man everything he needs to know about what’s going to happen next. He sits down in the electric chair that centers this murderous tableau. One of the onlookers waves goodbye, and the machine is turned on. Here, in front of a crowd, the man’s body seizes up as a blue current expands across the theater. Fourteen seconds later, his body slumps to the right of the seat.

The bounty is complete. For this grisly display, the Talon Company of Appalachia collected 4,000 caps. Every kill is documented on their Twitter account, partially for the benefit of the buyer, but mostly for propaganda. Prospective clients need to see what Talon is capable of; need to understand that every assassination agreement is taken seriously. Even if it takes weeks, or months, Talon always gets their man. 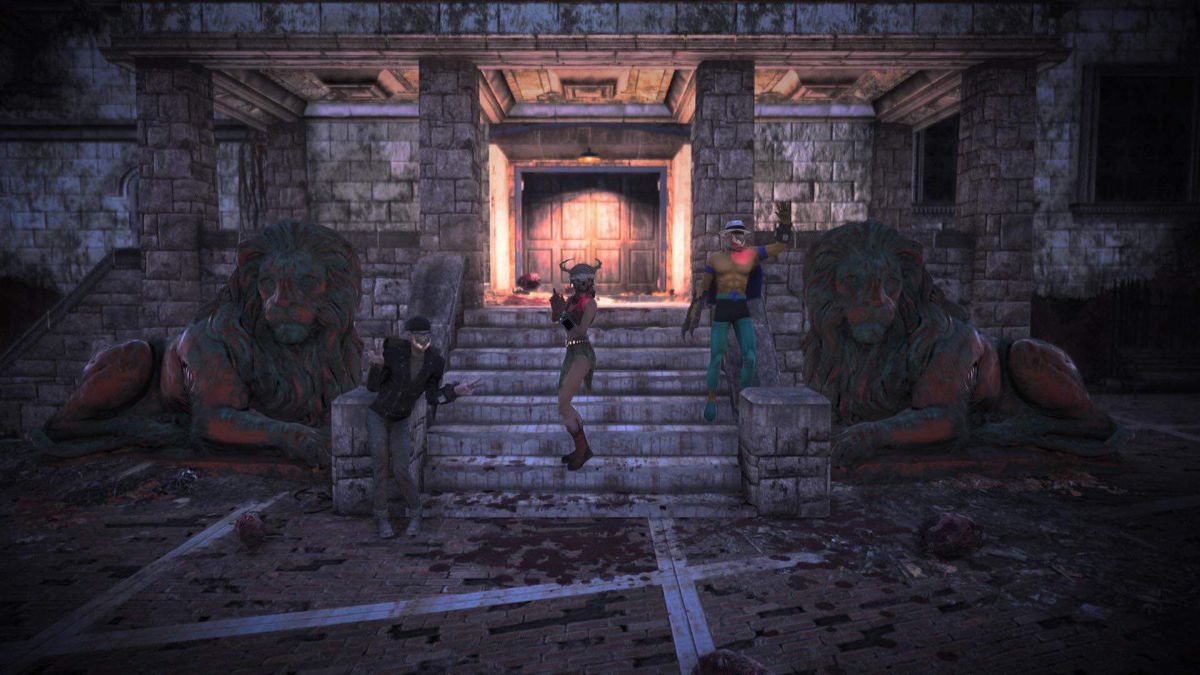 The Talon Company of Appalachia is named after a group introduced in Fallout 3, where NPCs will spawn and go after any player with a high karma count. Talon, we’re to understand, is a lawless organization that puts coin above any human life.

Appalachian wastelanders, by contrast, aren’t nearly as heartless: Like all good Fallout 76 role-players, they’re primarily here to have some fun. Money is incidental. To wit, some Talon members will pay prospective recruits cap retainers, while others will spend thousands of caps just to make the kill happen.

The group is the brainchild of Christopher Wright, who got the idea after he was thrown out of another Enclaved-themed clan around January of this year.

“My first act was placing a bounty on the guy who kicked me out,” Wright told Polygon. This act of rebellion got attention, and soon the group blew up to include over two hundred members. Anyone can join, but fulfilling a contract is no easy feat.

Fallout 76’s multiplayer, which places 24 people in a server, means that you can’t just jump into another world willy-nilly. Server-hopping requires you join someone else’s game, which can be an issue when you don’t actually know the person you’ve been hired to kill. For this, Talon pulls out some good, old-fashioned subterfuge. 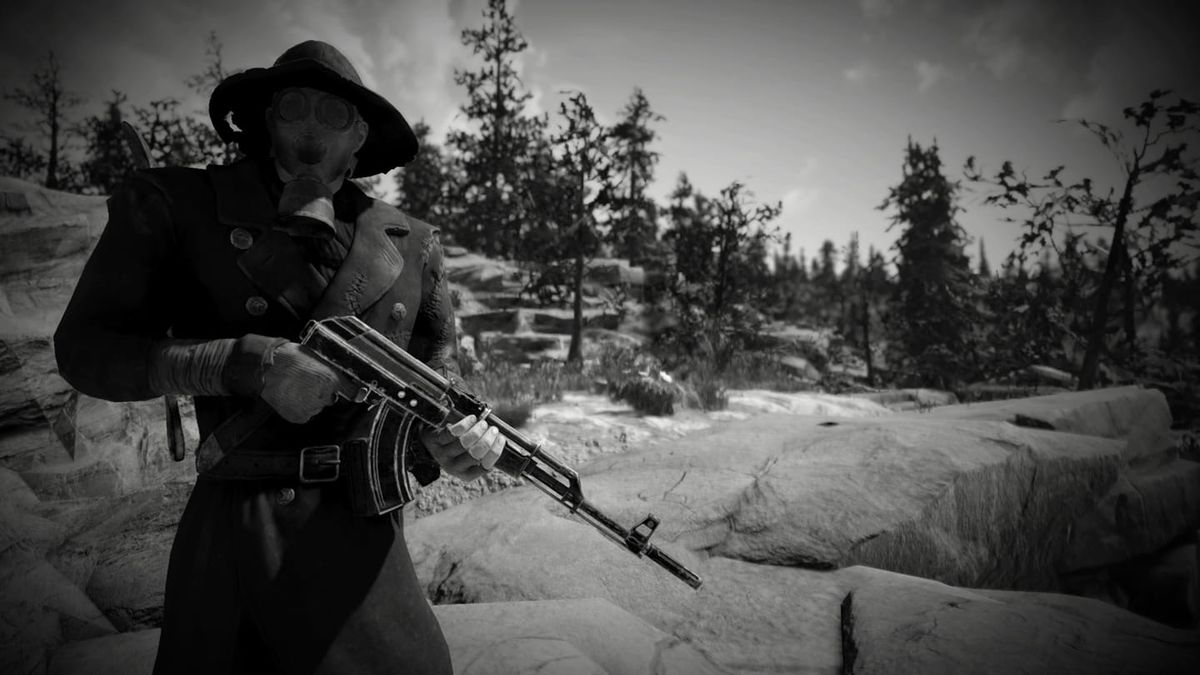 Sometimes, joining a target’s server is as simple as paying off an acquaintance. Hunters will scour friends lists in search of potential marks, and will try to persuade them with caps, services, or gear. uneasyirish, one of Talon’s employees, tells me that he’s spent up to 25,000 caps just to get on the same playing field as a bounty. “Bribery is pretty much the best way to get onto any server,” uneasyirish said.

Other times, Talon members will cold-call the bounty and pretend to be a trader, or a player that they met on a random session.

“I always put in the friend request message, ‘heard you were looking for god roll gear for cheap,’” Talon member Kraken_Brand said. “I almost always get added back.”

On occasion, bounties can get personal. Talon members will find out a player’s name, locate them on Facebook, and then proceed to trash talk them until they get added to their friends list. This, I’m told, is a last resort, and not one taken by the vast majority of bounty hunters — most people won’t go on to add a stranger who pops out of nowhere to insult them. But some will.

These methods don’t always work, at least not right away. Getting on the right server can take weeks, if not months of attempts.

When it comes to the deed itself, some people prefer to use their trusty shotguns. Others, like Trisha Moon — who was a part of the electric chair spectacle — like to put on a bit of a show. 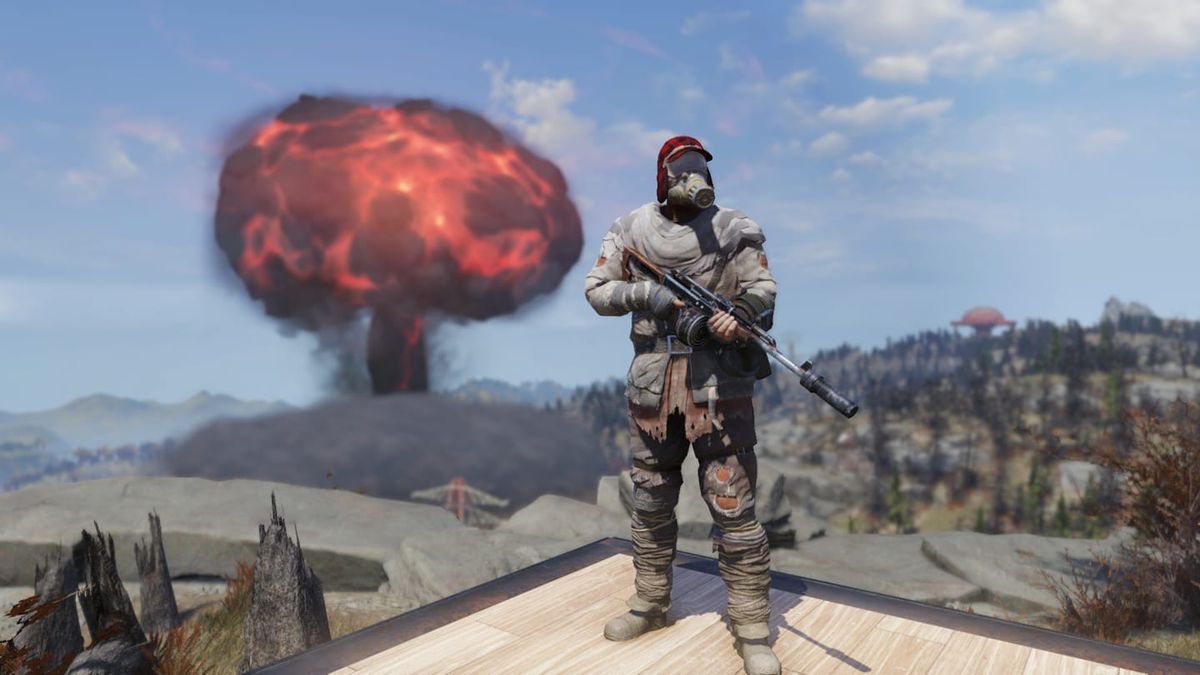 “My favorite is when you drop a mini nuke on someone and you can see their body flying across the screen,” Moon said.

What do people actually do to deserve such fates? Some jobs have no rhyme or reason, other than entropy. But a huge part of the Fallout 76 bounty-hunter culture spawns from the fact that the game is heavily populated by groups who play together, like the clan of cannibals that I interviewed earlier this year. And the more people play together and get to know each other, the likely it is for drama to arise.

“We profit from faction wars,” said Talon member Jerron Steed. Right now, Talon estimates that it gets about one new bounty a day.

“I’ve seen bounties put up for griefing and players who lose in PVP,” said Talon leader Timothy McGeehan. “Or my personal favorite are bounties put on friends just to troll them.”

The most anyone has paid for a bounty has been 50,000 caps, McGeehan says, and it was paid out in exchange for someone who kept attacking another player’s workshop.

But perhaps the strangest assignment received by the Talon company has to be the one where the mercenaries were hired to kill another player’s Brahmin, which is two-headed cow creature. Christopher Wright believes the job was placed to rib a player who had built an elaborate enclosure for their pet in the hopes of keeping it safe.

And to be fair, getting to the Brahmin wasn’t easy. “It was locked behind a powered door in someone’s camp,” Wright said. AJ Zapanta, who took the job up, says that he had to lead a Super Mutant to the camp. If you get out of the AI’s sight, the computer will start targeting buildings instead of humans. And so our giant green friend ended up destroying the Brahmin’s safety net. Once inside, it only took one shot for the Brahmin to die. Talon collected 4,000 caps for the deed.

Curious to see the Talon Company work its magic, I asked to shadow a member who was pursuing a bounty. uneasyirish graciously took me under his wing. Truthfully, most of our playtime was spent hopping servers, in search of a good target. Once we loaded onto the right map, it took me a while to find our comrades: In PVP, everyone lays low. Stealth Boys, which make players invisible, abound here — and anyone stupid enough to stick their head promptly gets killed. I learned this lesson the hard way.

Here, surrounded by the mountains of Appalachia, I was shown one of the groups’ preferred methods for shaking people out. Being a low-level player, I was considered an easy target on a server full of hardcore devotees. I was asked to parade around the map by Talon, all in the name of drawing people out. Sure enough, Fallout 76 players came after me in droves. I was killed nearly instantly, which was no good for flushing folks out into the open. Unfortunately, I had to leave before we could finish the job. “We’ll have to try again next time,” uneasyirish said.

At first, Talon tried the honor system for settling bounties, but that was a disaster. Wright estimates that the group lost around 30,000 caps before using a new system, where players are expected to show some coin at the end of the deal. Some members will ask for the money upfront, though. “It was a lesson learned,” Wright said.

Nowadays, those who try to skip out on their promise end up regretting it.

“We hunt them down if they don’t pay,” Wright said.