Sometimes, life can just suck. And sometimes when that happens, all one can do is think, “Well, at least things can’t possibly get worse!” And then they do. And then things suck even more.

That’s essentially the premise of The Coma 2: Vicious Sisters, the stand-alone sequel to The Coma: Recut (2018). Though for protagonist Mina Park, the stakes literally become a desperate battle for survival with a flesh-eating creature aggressively pursuing her down the halls of her high school.

The Coma 2: Vicious Sisters is an engrossingly intelligent and deliciously aesthetic foray into the horror gaming genre. While it’s actual jumps may be a bit tame for fervent thriller enthusiasts, players can expect a challenging, creepy good time. 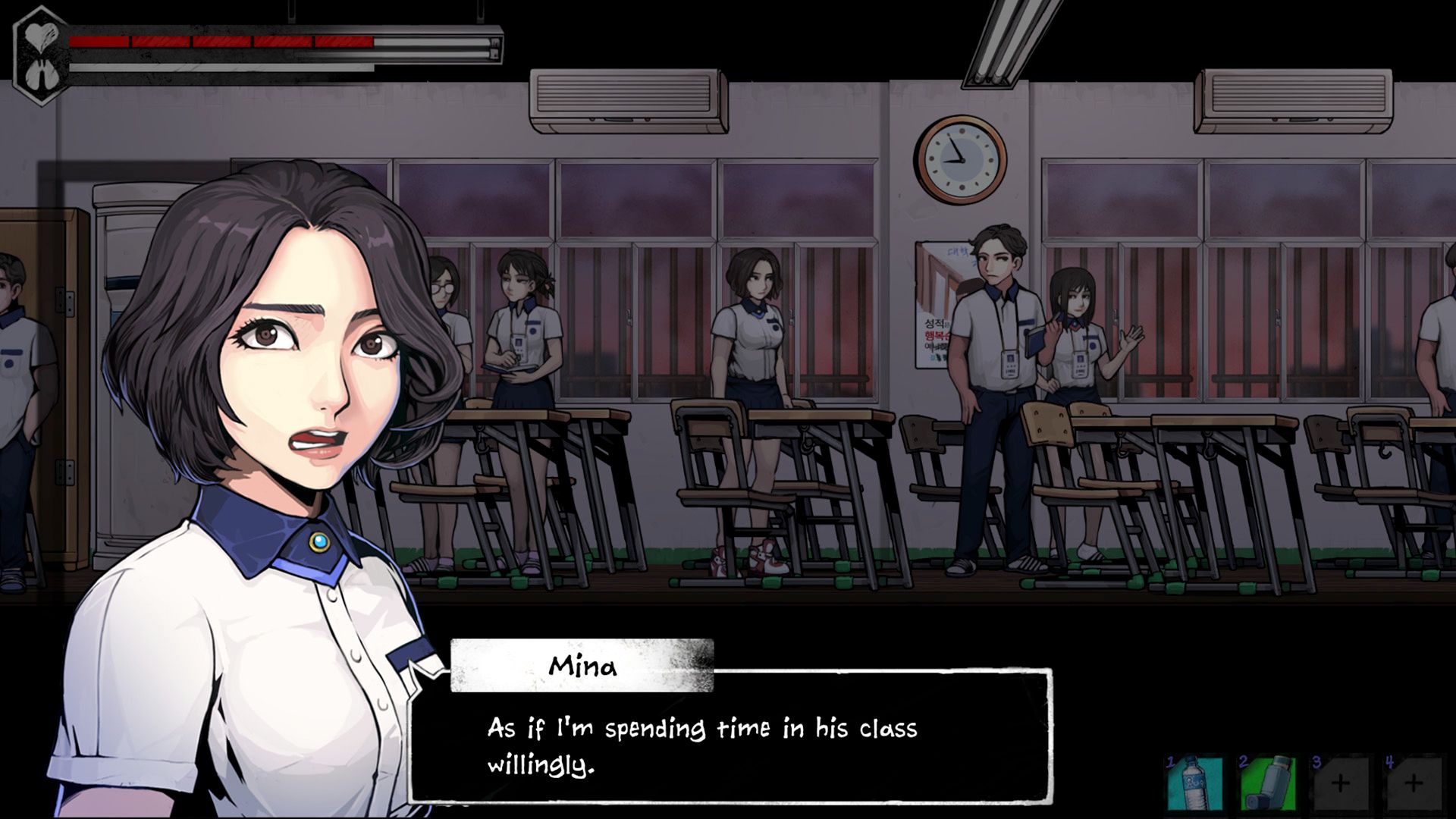 The Coma 2: Vicious Sisters tells the story of high school student Mina Park who’s been having a rough couple of weeks, to say the least. When we first meet her, her best friend, Youngho, has been trapped in a coma for some time. The fear for her friend, coupled with her own trials and tribulations at high school (a popular boy won’t stop pestering her for a date, her other best friend is getting tired of covering for her, and her grades are starting to slip) has left her feeling pretty helpless. Only the locket left behind by Youngho featuring an image of a mysterious girl brings her comfort on these difficult days.

All that changes, however, on the night of a blood-red moon, when Mina finds herself trapped in a warped and grotesque version of her high school. Armed with only a lighter and her desperate desire to escape, Mina must find a way out of this nightmarish hell, all while escaping the eponymous Vicious Sister who wants nothing more than to feast on her flesh. 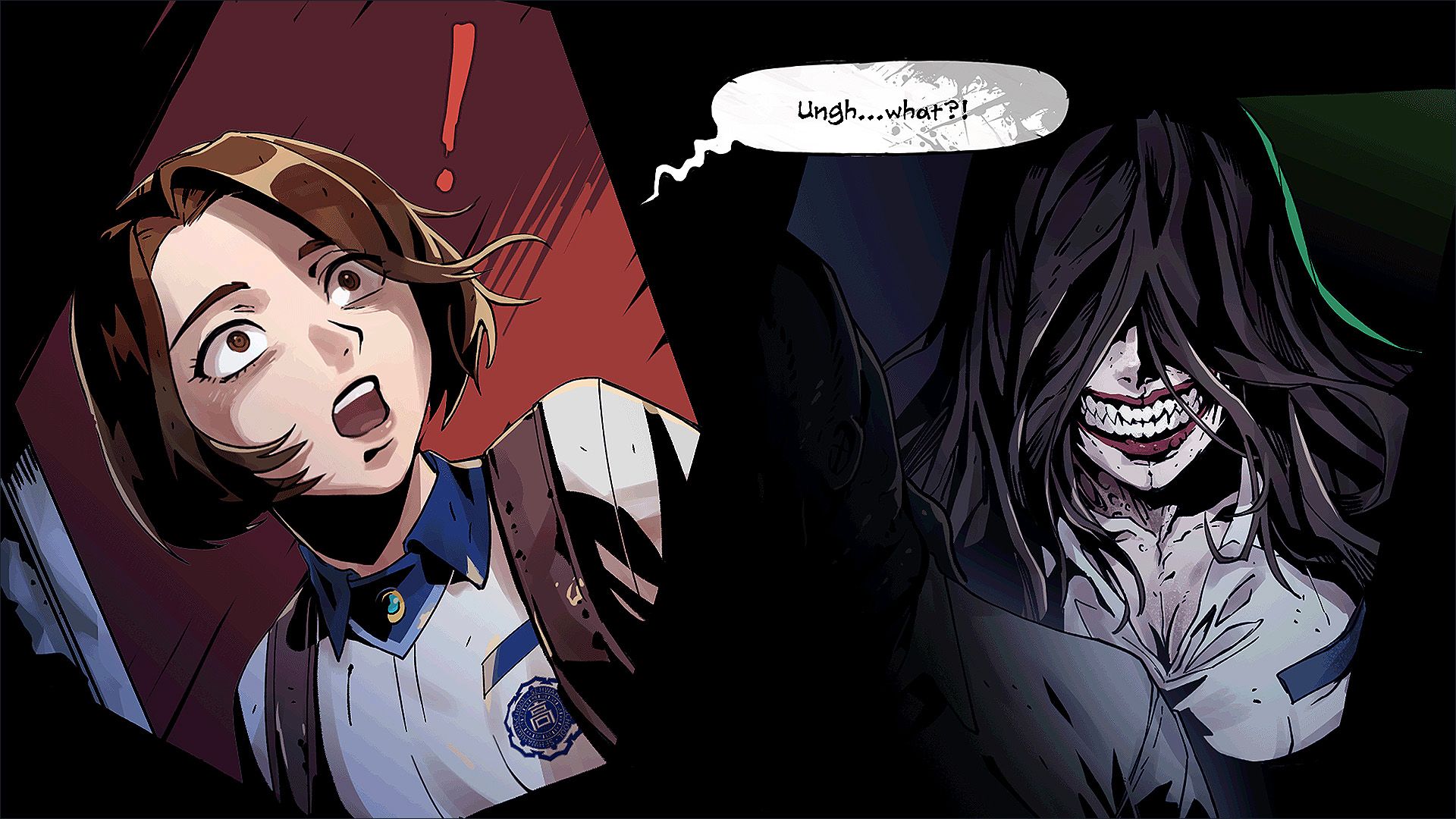 The game begins with a beautiful and engaging setup, even before all the horror antics jump in. The two-dimensional side-scroller features charming graphics and graphic novel-style artwork that really makes the story pop on screen as if it were a comic book come to life. The art style works in the game’s opening scenes, which read like a stereotypical Korean high school drama – complete with light and romantic pastel colors and cheery classmates. But when things take a turn for the worse after Mina gets stuck in the eponymous coma, the darkened color palette and ghoulish figures transform the vibe from adorable to legitimately creepy, especially when aspects like shading and shadows come into play.

Speaking of the creepy, The Coma 2 does a fantastic job of immersing the player into this sinister night. The game’s soundtrack, combined with sinister music and other menacing sound effects create the perfect atmosphere for this thriller. One should definitely use headphones while playing to fully appreciate and experience the depth of sounds the game has to offer. 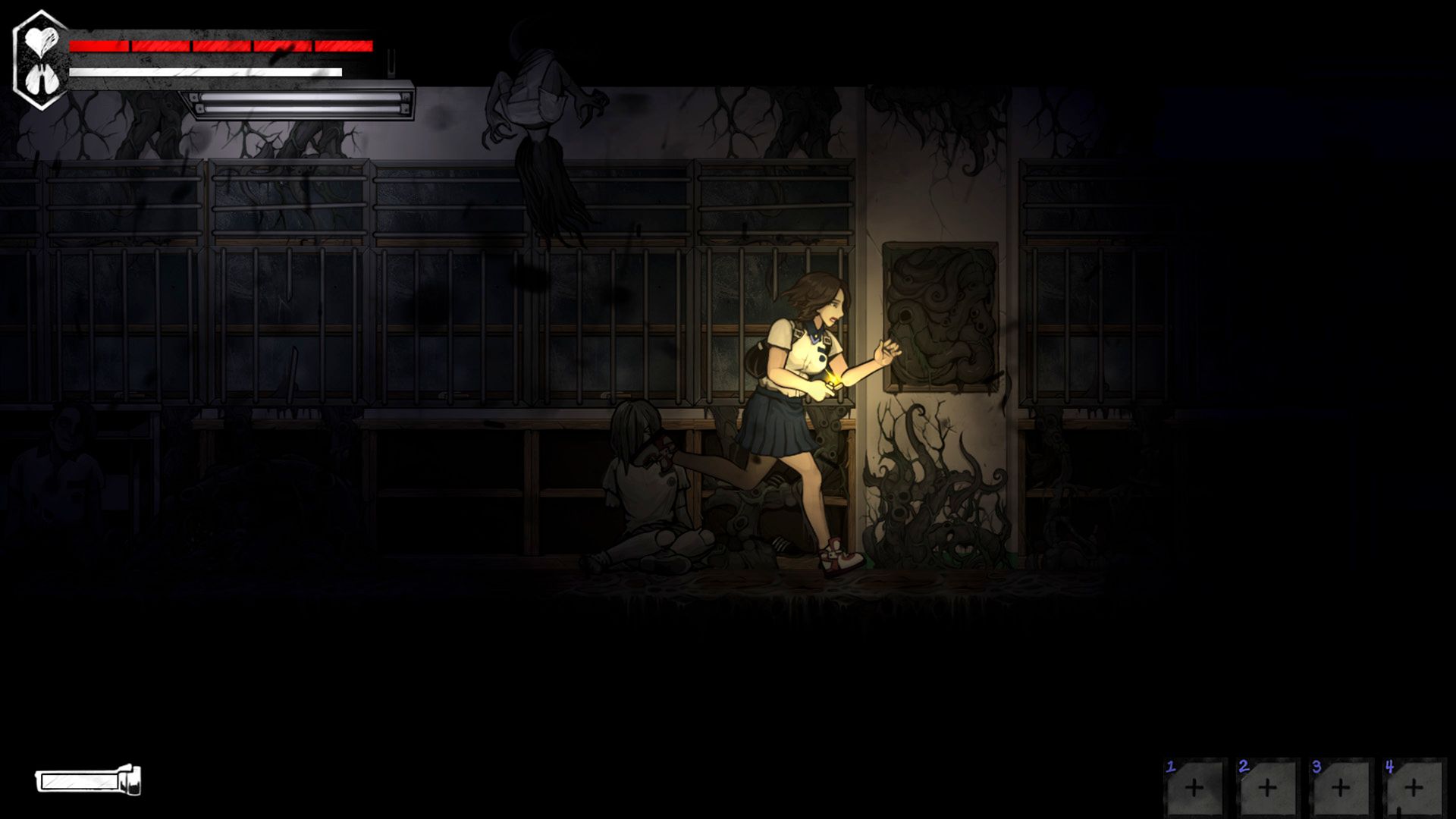 A good game has to tell a good story, and The Coma 2 hits the nail on the head with that qualification. Though Mina’s relatively straightforward objective to survive the night without getting eaten alive may sound simple on paper, the story that accompanies her mission is full of literal twists and turns, both in-game and within the narrative, that will keep the player on their toes while guiding her along her journey.

But even if a game has a great narrative, what good is that without some challenging gameplay? Luckily, The Coma 2 doesn’t disappoint in that category either. This game is not easy by any means. While the first few chapters do a great job of easing the player into the style and gameplay, once Mina enters The Coma, things get tricky very quickly. Simply following straightforward objectives, such as finding keys and other small objects, aren’t always easy and usually involve problem-solving and trial and error. Additionally, the threat of getting eaten by a vicious sister is always on your mind, and players will likely find themselves trying to find the delicate balance between pursuing their objective and hiding from a flesh-hungry monster. 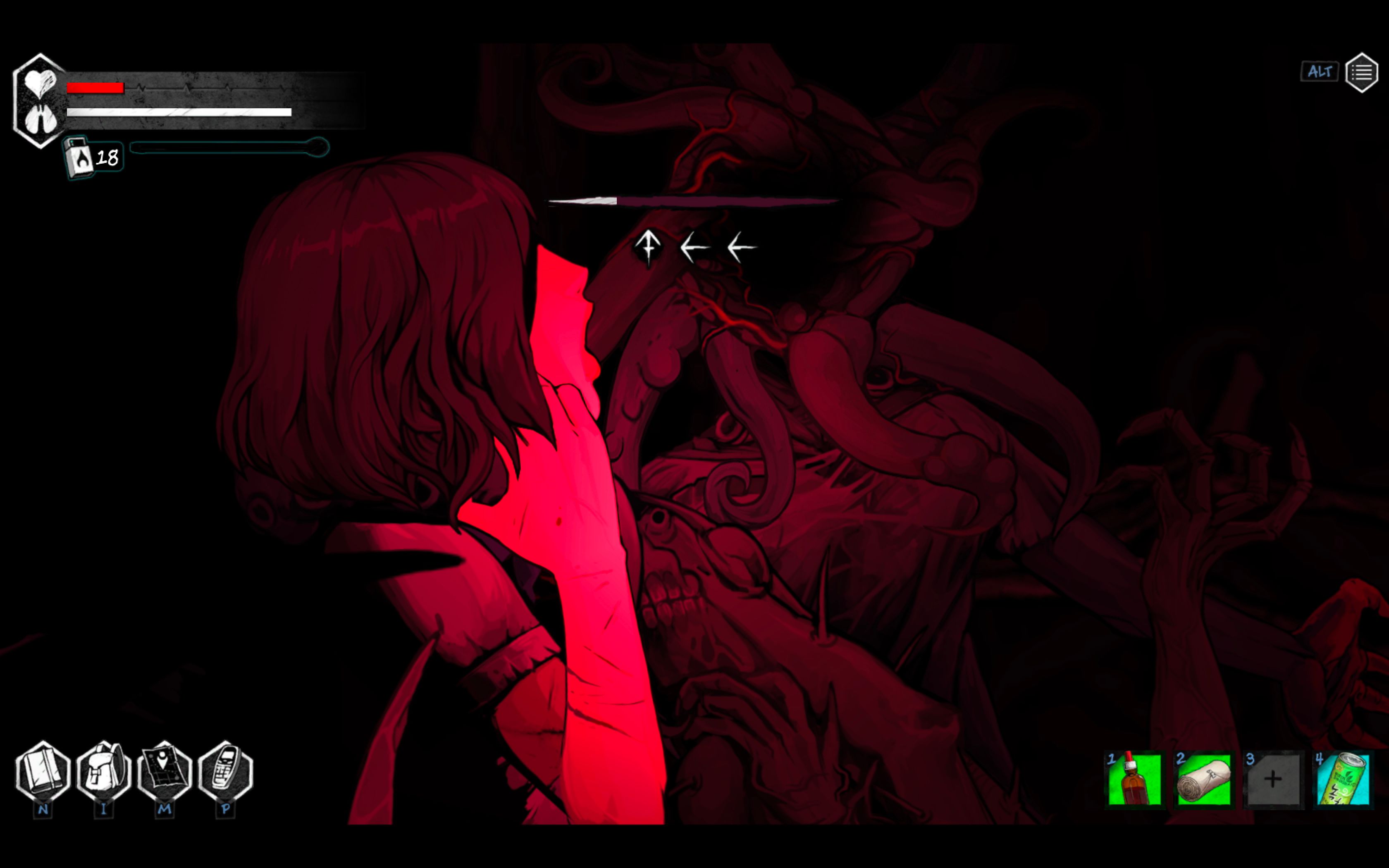 Though the game excels in its immersive qualities that can make the player feel like they’re actually Mina desperately trying to survive the terrifying night, the actual content is pretty tame in comparison to other titles in the horror genre. While flesh-eating creatures can pop up at any second, players will be able to tell when to expect a jump scare (signaled either by the artwork or a sound effect). For players who may be hesitant to try the game because of the horror factor, expect to jump after the first few scares, but once you get used to the signals, you should be fine. For players looking for a legitimate scare, this may be a bit mild in the horror department.

As mentioned, the story and the gameplay are such strong selling points for this game. However, there are times when these two strengths are at odds with each other; in other words, it felt like there were many times when the game was too challenging to enjoy and experience the narrative. Players can expect to die many times while trying to complete objectives and should anticipate constant reloading and replaying through moments over and over again. Obviously, this can get incredibly frustrating, especially for those who are more interested in the narrative of The Coma 2 and find themselves stuck in simply evading creatures who mercilessly pop out every few seconds. 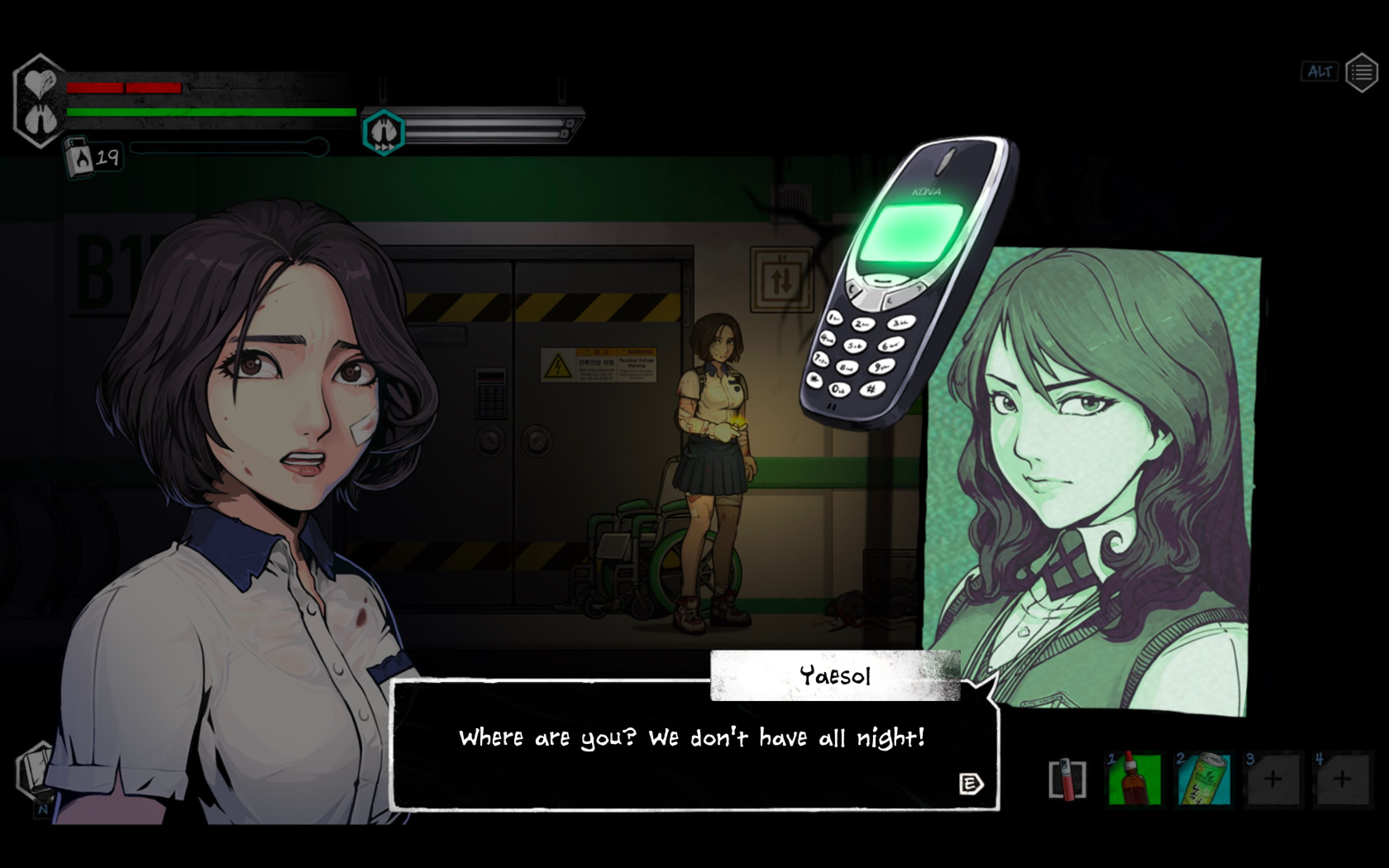 Wake Me Up Inside

Perhaps this frustration is intentional to emphasize the perilous nature of the game. But the developers could have toned the difficulty down just a bit so players could fully take the time to appreciate the level of detail in both the game’s artwork and story.

Overall, The Coma 2: Vicious Sisters is a scary, fun time. It is almost like the video game equivalent of an amusement park haunted house – lots of fun, picture-worthy, and you’ll probably remember the memories more than the actual times you jumped out of your seat and screamed.