Yesterday saw Naughty Dog drop a massive update for The Last of Us Part 2, implementing improved frame rates and enhanced resolution for those playing the game on PS5. Whether you’re diving into the harrowing narrative blockbuster for the first time or simply want to finally tackle that ominous Grounded playthrough, this is now the definitive way to experience it. It was introduced with very little fanfare, with Sony throwing out a blog post alongside a trailer before calling it a day. Here’s your fancy next-gen update, dig in and have fun.

As someone who has already platinumed the sequel, I have little reason to make a return beyond a few wayward trophies, but I still found myself drawn to this new update (even if my hard drive wasn’t happy with the obscenely large install I was suddenly forcing upon it). As the opening cutscene plays out, the changes are immediate. Joel’s unsettling anecdote about the previous game’s conclusion and the events that would follow cement the atmosphere in moments, leading to a sombre yet welcoming gallop through the evening sunset as we head towards the Jackson settlement.

It’s beautiful, a picturesque moment of quiet before the plot inevitably descends into violent tragedy. Despite its gorgeous nature, The Last of Us Part 2 felt like it was pushing older hardware to its limits, with my PS4 Pro reminiscent of a jet engine as it rendered the game’s lush and desolate environments. A number of titles in recent years felt the same, their performance and resolution being held back by factors outside of a developer’s control. Now the PS5 is here, many of these obstacles can be superseded through the sheer power of hardware alone. 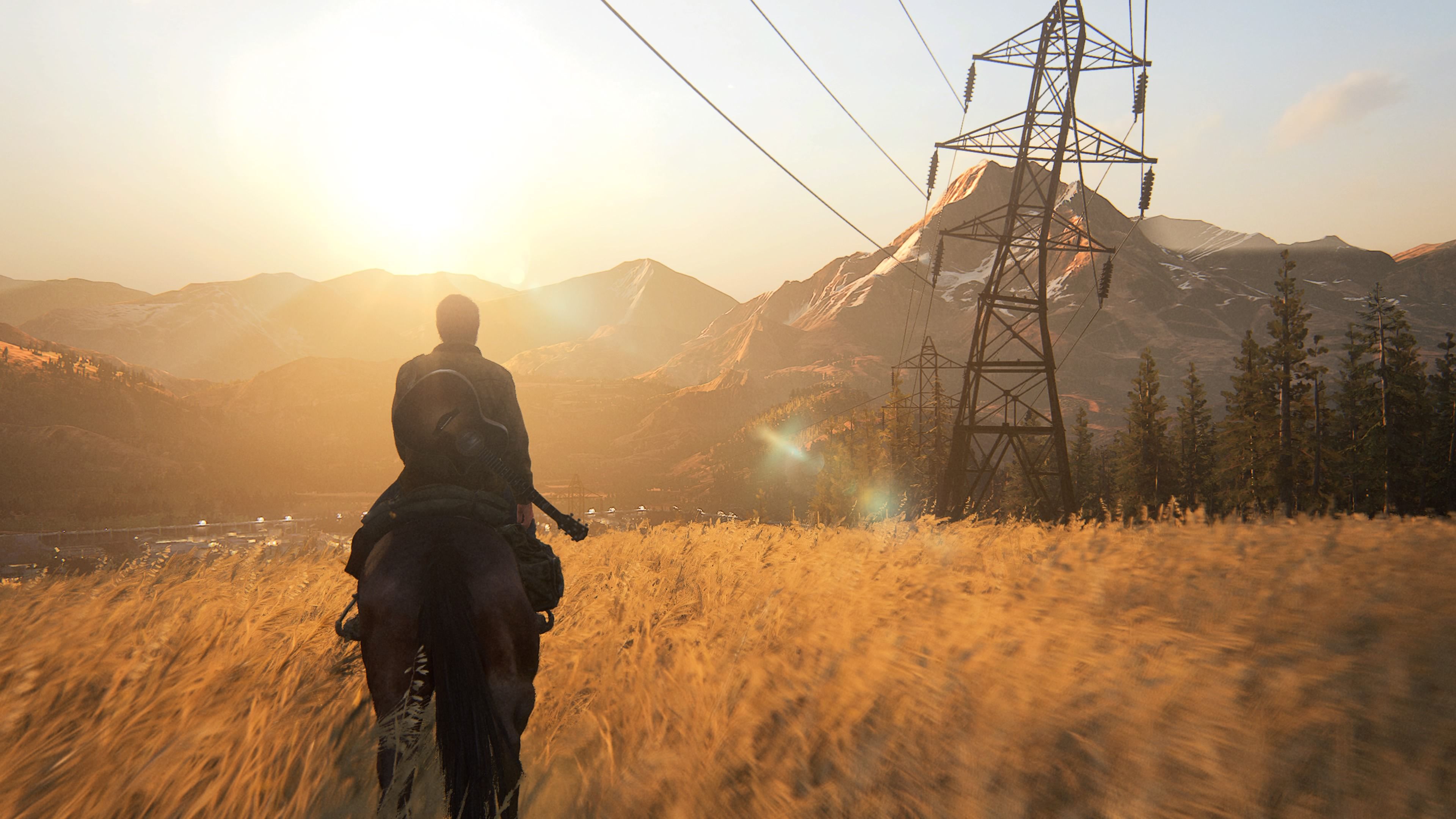 The update is a simplistic one, changing nothing beyond the target resolution on selected displays and allowing users to target 60 frames per second. It’s not pitched as a locked performance metric, and could drop in more hectic combat encounters, but even with this caveat, it’s worlds beyond everything that came before it. I’m almost jealous I can’t wipe my memory and experience this story all over again, each narrative beat having the same impact when I played it for the first time just under a year ago. I’m jealous of the newcomers who will jump into this game for the first time in the coming weeks, but I’m also imbued with a sense of optimism that perhaps Sony hasn’t forgotten about its ‘for the players’ mantra after all.

A lot of fuss was made about The Last of Us Remastered when it launched in 2014, being labelled as the definitive version of a game that was hardly a year old at that point, yet consumers were being asked to pay full price for improved performance, resolution, and a small expansion thrown in to sweeten the deal. It felt unfair, but in the years since, the landscape surrounding free upgrades and generational leaps has changed, and thus Sony has had to adapt.

It could have ported The Last of Us Part 2 natively to the new console and released it as a complete product, ignoring the offer of a free upgrade because its seminal masterpiece deserves to be purchased a second time. Given its current hubris, I wouldn’t put such a move past the company, but it decided against it, turning the arrival of next-gen support into a subtle announcement that earned so much interest because it was understated. A huge E3 reveal for something like this would feel needlessly overblown, and perhaps a bespoke PS5 version is being saved for the arrival of Factions 2 – the long-awaited multiplayer portion of the sequel – and further additional content later down the road.

For a company that is rumoured to be remaking The Last of Us and focusing on a singular vision of ambitious narrative blockbusters, it’s an unexpectedly generous move in a medium where making money is often put ahead of consumer interest. A generation ago, this patch would have been packaged into a definitive edition and sold at full price, but now we are much wiser, much more likely to cry foul at practices that take advantage of us in pursuit of profit.

Now, I’m a bit of a hypocrite, since I’ll be first in line for the sequel if a fancy new port arrives with ray tracing, trophy support, and DualSense features – so perhaps I should shut my mouth. Even so, it’s important to celebrate free updates and enhancements that allow those who can’t afford the latest games or consoles right now to have access to such things in the future without burning an even deeper hole in their pockets. As games grow more expensive and prohibitive, free upgrades for older titles will become essential for many, and it’s important that companies don’t take advantage of that.