Ratchet & Clank: Rift Apart has a pretty tight narrative arc, all things considered. While it dabbles with themes of loneliness, identity, and forgiveness, it generally keeps things pretty light and manages to wrap up all of its plotlines with a nice little bow and set our heroes off on their next adventure. While the story certainly could have used more pathos, the only thing that really felt like a loose thread, in the end, was Clank’s missing arm. I’m still not sure what purpose that development really served, and it seems like the injury would have been a great opportunity to reintroduce Clank’s best upgrade, the Thruster-Pack.

When the Dimensionator explodes at the very beginning of the game, Clank loses his right arm and both of his feet get stuck in a retracted position. He wants to go find Ratchet, but he’s immediately discovered by Rivet who scoops him up and takes him back to her base on Sargasso where she can scan his memories. While it establishes why Clank is subject to the whims of Rivet, it seems at first like the injury is going to have a much bigger impact on the story. I thought Ratchet might see the injured Clank and think that Rivet was responsible, but Ratchet doesn’t see his broken arm until they all meet up on Zurkie’s. More importantly, I was hoping the injury would lead to Clank getting a fancy new upgrade like his classic Thruster-Pack from the original trilogy.

The Thruster-Pack was a gadget featured in the original Ratchet & Clank on PS2 that gave Clank a range of new abilities. It unlocked the power-slam which could be used to activate ground switches, and it also gave Ratchet and Clank the ability to hover, air strafe, and long jump in mid-air. That last one ended up being the most crucial upgrade of all, because it let the heroes move much faster and find collectibles in high up and out of reach areas. The Thruster-Pack returned in Going Commando and Up Your Arsenal, but it was reduced to a cosmetic change from Clank’s standard Heli-Pack. In the 2016 remake of Ratchet & Clank, the Thruster-Pack provided the aerial long jump as well as the ability to turn bolt cranks faster. 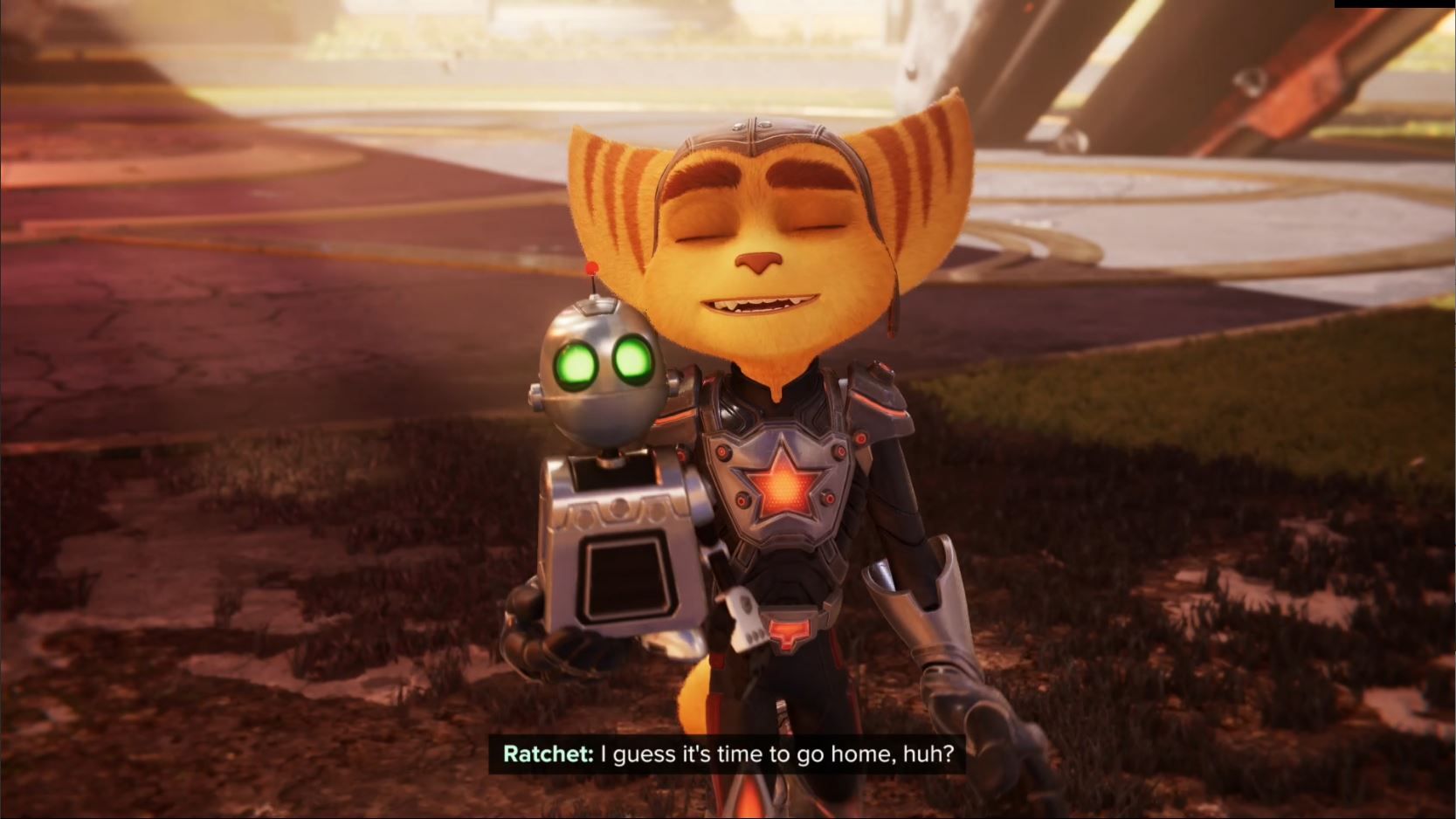 Those abilities would be deprecated in Rift Apart thanks to the Ratchet Glide Boots, and later, the Hover Boots, which provide much better speed and arial movement than the Thruster-Pack ever did. Still, it wouldn’t be unreasonable to expect a Thruster-Pack-inspired upgrade for Clank at some point, given how crippling his injuries were.

The weird thing about Clank’s broken legs and arm is that they don’t factor into the gameplay at all. While solving anomaly puzzles, Clank has full functioning limbs. When the game ends and the day is saved, Clank is still in his broken state. There’s no resolution to Clank’s injuries in Rift Apart, and seemingly no narrative reason for them — other than his need to cooperate with Rivet at the start. If that’s all there is to it, it just seems like there could have been a way to pair them up that didn’t require Clank to be crippled.

With Clank stuck in his compressed form at the end of the game, it’s likely that his injuries will be addressed in the next installment. Whether he gets his wings back or some other kind of upgrade, I just hope we don’t have to wait too long to find out if Clank is OK.