Fuck The Police – there’s my Umurangi Generation review. Read on if you want to see my thoughts on the game’s various modes, progression, level design, and aesthetics, but nothing will sell what the game is at its very core more than those three words. In some cases, “fuck the police,” can seem like quite a childish sentiment. It’s easy to wag your finger and point out that if these wannabe-revolutionary Zoomers were ever attacked in the street, they wouldn’t think twice about calling the police, but aside from the fact that that’s just not true for everyone, it also entirely misses the point. “Fuck the police” doesn’t mean “fuck law and order” – it never has. It means “the systems that uphold law and order exist primarily for the protection of the ruling class and their interests, and thus frequently abuse their powers and construct their systems to grind down the lower class.” Umurangi Generation understands this. The game’s “fuck the police,” is not an Instagram caption, a slogan screamed with empty headed glee on TikTok, nor an angsty rebel yell. It’s a quiet, thoughtful, deliberate “fuck the police.”

Most games are still quite infantile in their approach to politics. They’re either political with a lowercase ‘p’, meaning they may include a Black woman or a trans man and consider that reputation as job done, or they’ll be Political with a capital ‘P’, meaning they will actively address politics, but will often do it in a Call of Duty’s Ronald Regan way; actual political figures and events, but without much retrospection. Even when games do commit to the bit a little more, like Final Fantasy 7 Remake doubling down on the game’s radicalism with the DLC, it’s undercut by the inherent capitalism of the industry, underlined by Square Enix getting in on the NFT racket, despite it contradicting FF7R’s environmentalist themes.

“Right, but it’s still a game though, yeah?” Oh yes, very astute. It has buttons and high scores and graphics. It’s definitely a video game alright. But you will need to engage with its politics in order to soak up the best of this game. Most games use politics, often of the lower case ‘p’ variety, as a way to widen their audience primarily. They believe in what they say, but they wouldn’t say it if you didn’t believe in it too. What I mean by that is I think Naughty Dog had its heart in the right place when it wrote Lev as transgender in The Last of Us Part 2 – but I also believe if it made the game five years earlier, trans issues were still niche enough that Lev wouldn’t have made the cut, if he had ever been conceived of at all. Umurangi Generation is very of its time, in that a lot of its themes around police brutality, the rise of facism, and the climate crisis are very timely topics, but its politics aren’t for show. Regardless of how you feel about them, they would have always been there.

“Right, but it’s a game mate, aye? Is it any good?” I promise I’m getting to that. At this stage, if you’re still asking the question, the answer is probably “no,” because you will need to engage with its ideas on a plane above “buttons push good,” for it to click, but aside from that, yes. Yes, it’s very good. The buttons push good and everything. 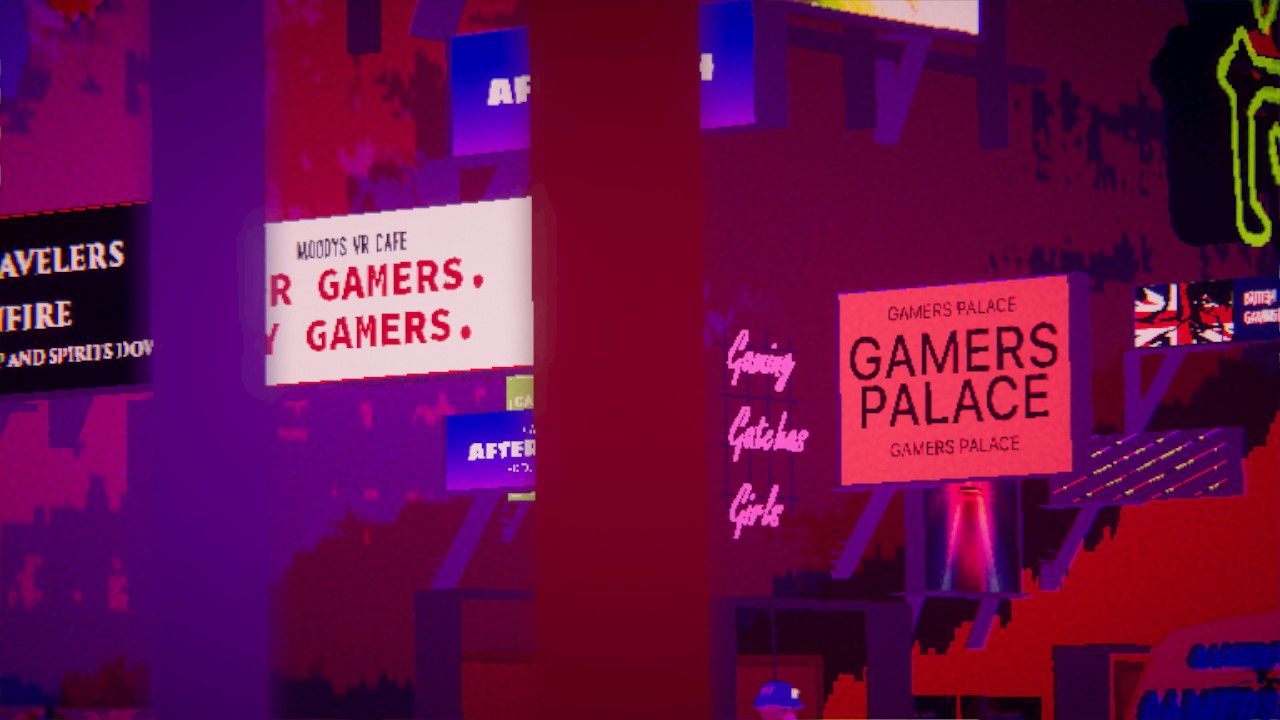 Umurangi Generation casts you as a photographer at the end of the world. Initially, it seems like this apocalypse is from climate change, but that’s only metaphorical. As you explore deeper, you discover that the planet has been invaded by robot kaiju, that a huge chunk of the population has been wiped out in the ‘First Wave,’ and that the UN has been overthrown by fascists who enact authoritarian rule. You document youth culture and the fall of man, starting with you and your buds hanging out in the summer, before later levels take you through sombre memorials, active warzones, and in the Macro DLC (bundled in with the Nintendo Switch release), an uprising against the police.

Underneath it all, Umurangi Generation is a photography tutorial. Each level asks you to take photographs of various objects in the level, with these getting more and more difficult as the game goes on. The first level, for example, wants a picture of a Union flag, which you can find on an upturned skateboard. Later levels ask for 15 candles and four boomboxes all in the same shot. You also get a wider array of lenses, and are instructed that some must be used on certain shots, as well as more photo editing techniques, which don’t influence your score and are instead just for fun. You get ten minutes per level, but that’s just for a bonus score boost – levels will continue infinitely until you snap each required shot. You can turn the timer off, set it to disappear at 10:01, or just have it constantly counting, reminding you of your failure. As the game goes on, you unlock different modes that enforce the time more harshly or abandon it completely, as well as roller blades and graffiti cans to let you explore old levels in new ways. See? Buttons push good! 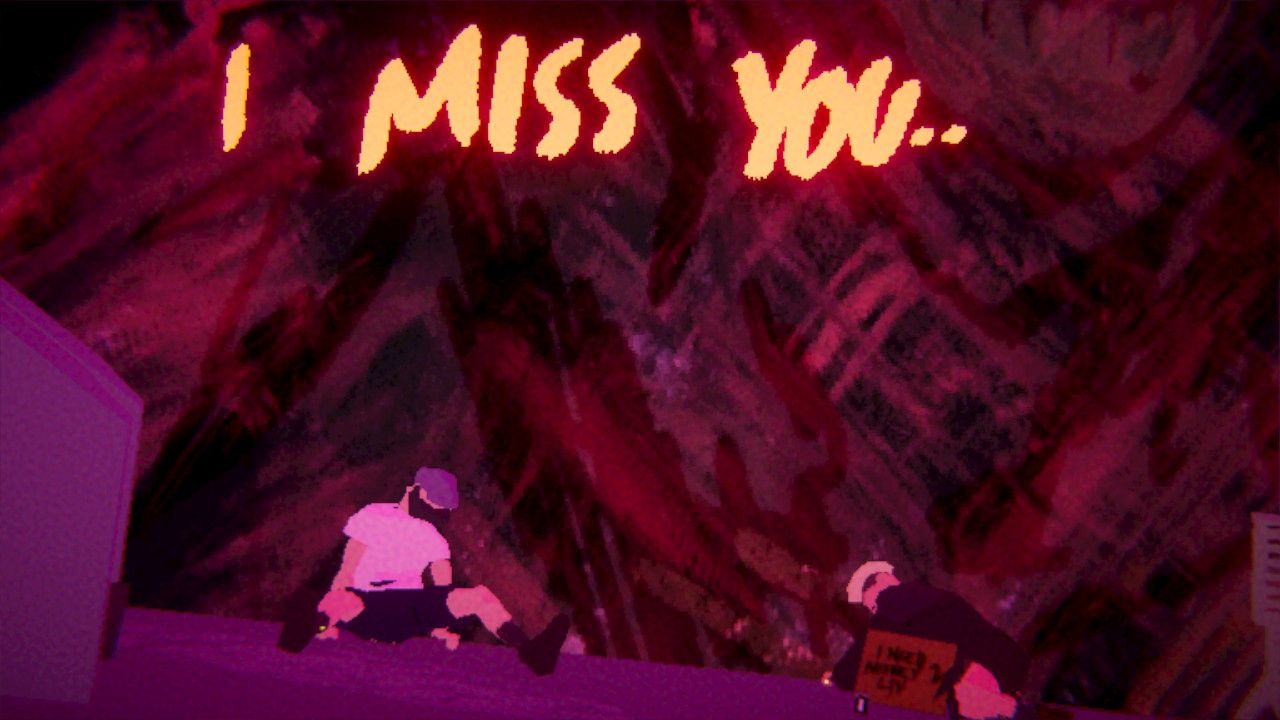 The level design becomes more ambitious too. Initially, it’s just a single rooftop square, with a few bunched off areas and an awning, but later you get multi-level sewers, the long and narrow dining cart of a train, a metro bridge with the military organising on one side with youthful rebels dance on the other, and the arcade Gamers Palace which plays right-wing news on a constant loop in-between advertising non-political pro-fascism games and the opportunity to rent digital waifus. My only major issue with the level design is that I would have liked to see more use of the gyro controls. The Switch puts the camera in your hand, but the game was not designed primarily for Switch, having released on PC last year. There’s only one level with the necessary narrow verticality to make the most of the gyro options.

The graphics are clearly below par for modern gaming, but that lends to the appeal of a game that has grassroots political action at its core, and besides – it looks good. It has its own distinct flavour and attempting to be photorealistic would be unrealistic, while attempting to be cutesy like a good little indie game should would take away from its edge.

Aside from that, my only major gripe is the shots themselves. The instructions are sometimes deliberately vague – even the basic flag shot in the opening level is not a traditional flag but hidden on a skateboard – but if the game wants to play things that way, it needs to be forgiving with what ‘counts.’ One level asked me to take a shot of a skull, so I snapped the drawing of a skull – no dice. I wandered around for a bit, looking for a real skull, then went back to the drawing in frustration, only this time, it worked. There were a few more instances like that, where I knew I was taking the right shot – I’d played the PC version so I knew the game – and was using the right lens, but the game just shrugged until I contorted the camera a little bit and snapped again, this time inside acceptable limits. 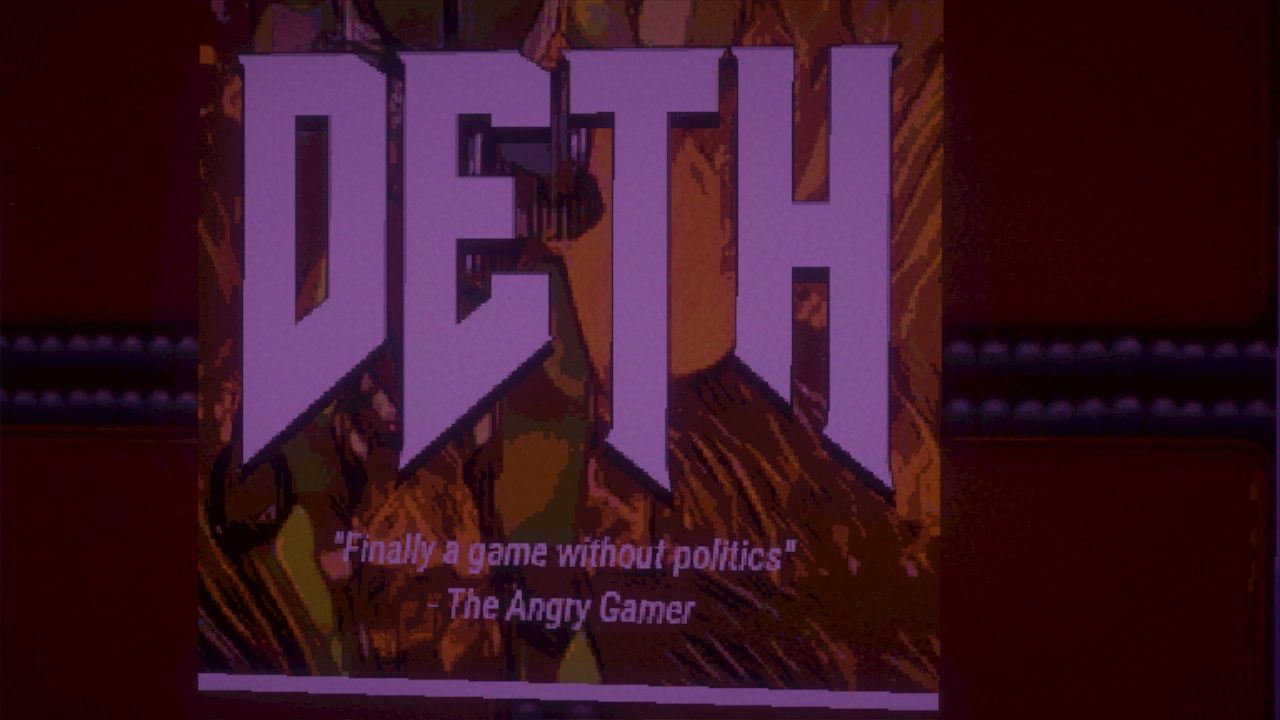 The game’s growing mechanical complexity is perfectly in-keeping with its themes, too. When all is well in the world, you’re just having fun taking pictures of skateboards or seagulls. There’s no dialogue in the game, and no cutscenes, so you have to tell yourself the story by exploring, which is where the weirder shots come into it. You notice more soldiers, more cops. They start out as teenage boys conscripted into warfare, with ill fitting uniforms and no idea how to wear their helmets. Later on, they harden into thugs. You get with the program, or you wash out, dye your hair, and breakdance on the other side of the train tracks while the world falls apart. The end of the world comes slowly.

The kaiju are a clear metaphor for climate change, the blood red skies they bring with them reminiscent of the forest fires that raged through Australia in early 2020. Yet most of the time, the kaiju are the background threat. Yes, like climate change, they’re positioned as the cause of destruction, but most of the pain and misery in the world is not caused by the robotic shadows in the skyline – it’s caused by the boots on the ground. The police and the army and governments of the world are engaged in war against the kaiju, but all of their propaganda and actions point to a war against the youth, a war against new ideas, and a war against social justice. We have no time for equality, there’s a war on. You don’t get more lenses and techniques and more specific shots just because the game wants to test you – it’s because you need to. You’re Robert Capa, and the enemy isn’t in the sky, it’s in your face. It has its boot on your throat. Fight back in the only way you can – take its picture. 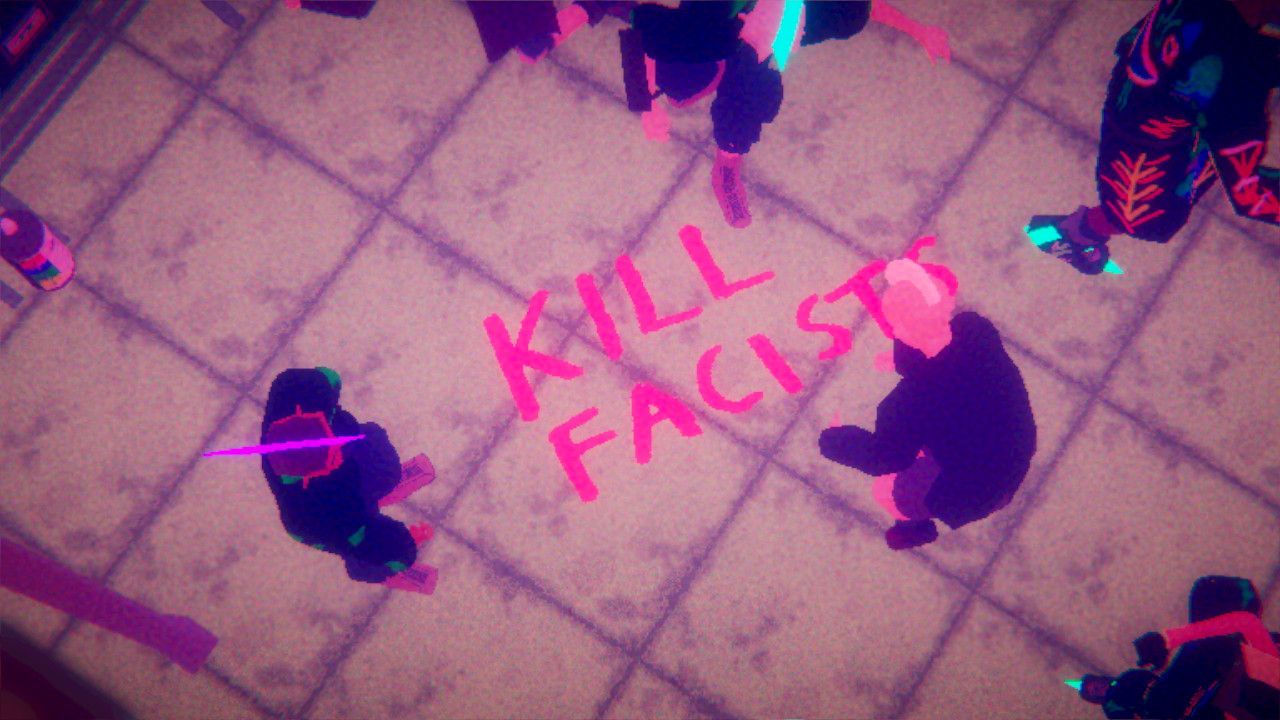 It’s a brilliant game, one that gets deeper the more you engage with it, both on a gameplay and a thematic level. It had all the ingredients to be one of 2020’s indie breakouts, and it baffles me that it passed so many people by. I hope the Switch release brings it to a wider audience.

A Nintendo Switch review code was provided by the developer. Score: 4.5/5