Venom: Let There Be Carnage Is Embracing The Bromance, And I Love It

I didn’t think much of Venom when I first watched it. It’s a little confused, it doesn’t seem to know what it is, so it tries to be a lot of things at once. But, better to be a jack of all trades than a master of none, right?

The beginning of the film has some great horror elements. Seeing Eddie Brock slowly unravel as he hears Venom in his head is a great way to portray the effect the symbiote has on its hosts. Where the film really excels, though, is when Eddie and Venom become buddies, and I’m ecstatic to see this bromance brought to the forefront in the Let There Be Carnage trailer. 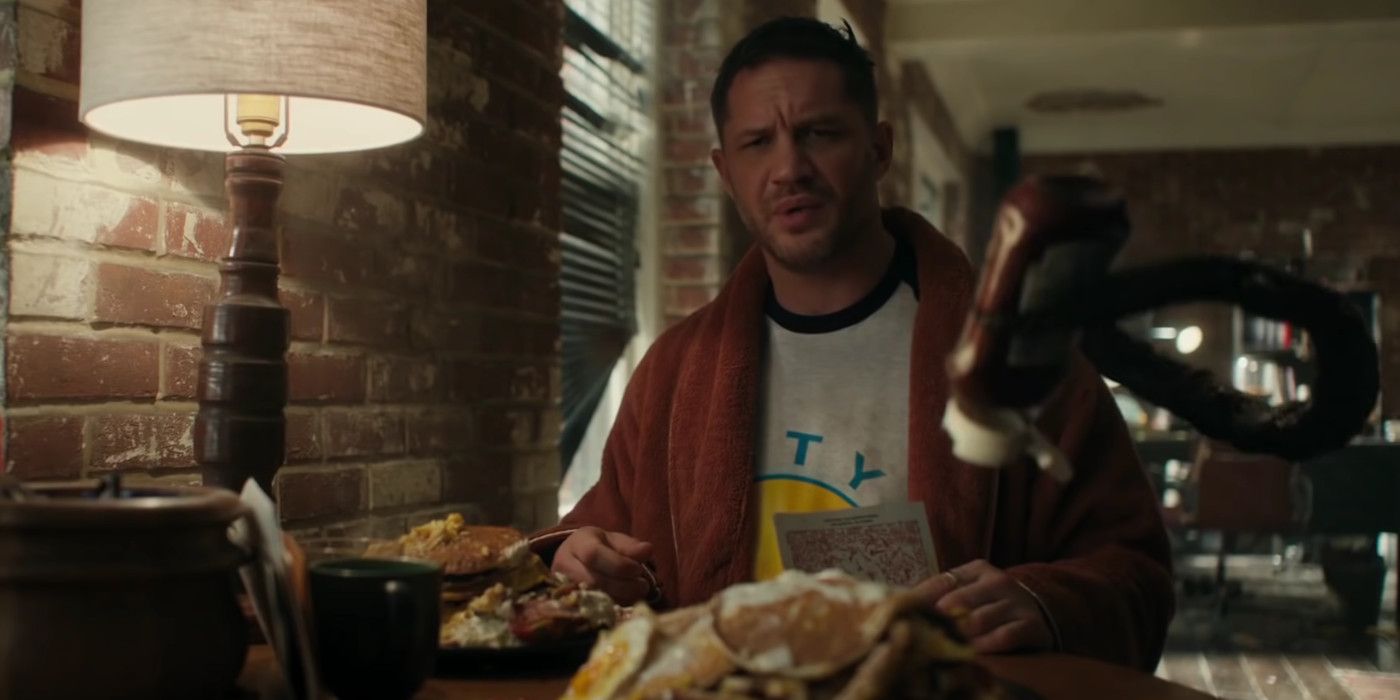 Over the course of the original film, Venom and Eddie bond; not just physically through the symbiote power, but on a deeper level – they begin to understand each other. At one point, Venom says to Eddie, “on my planet, I am kind of a loser, like you.” Adorable. They eventually learn to coexist and Eddie imposes some rules on Venom, most importantly including no eating good people, only very bad people. They develop a really funny back and forth that’s often overshadowed by the film’s attempts to remain serious or dark. It feels tonally inconsistent, but the comedy still works really well.

The trailer for Let There Be Carnage seems to be leaning into the bromance that formed between Eddie and Venom. Eddie sits at a table, looking utterly fed up with Venom’s nonsense as the symbiote messily cooks a huge breakfast while singing – it’s clear Venom cares about Eddie’s wellbeing, even if that care takes the form of two horrifying plates of food. The apartment is in an utter state, it really looks like the sort of place two best bros would live. Later in the trailer, Eddie goes to the shop and Venom pops a tentacle out and greets the lady behind the counter. The pair are such an iconic duo that the lady has grown completely used to the man-eating alien attached to Eddie – that’s the power of friendship right there. 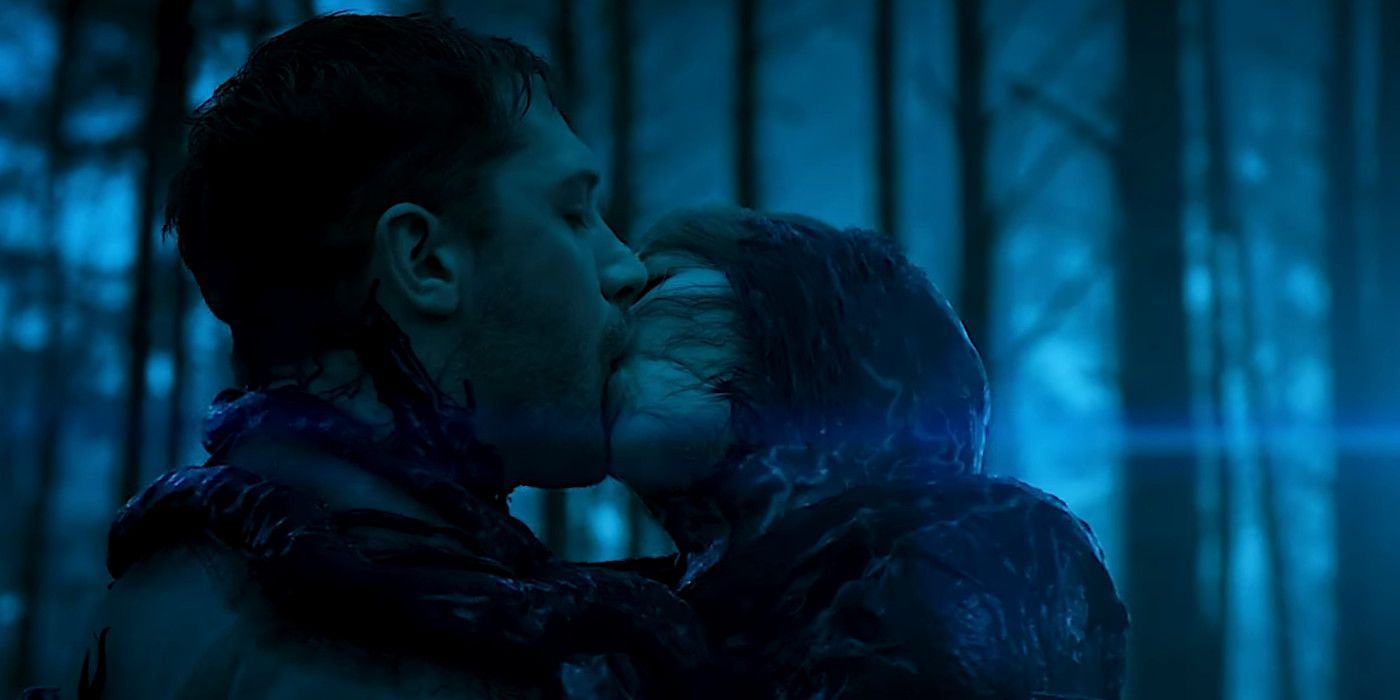 I really love queering films, and the original film is a perfect candidate for a queer reading. The most obvious queer part of the film is when Eddie and Venom kiss while the symbiote is attached to his ex, Anne. It’s a pretty intense smooch – just look at the way Venom’s tendrils caress Eddie – and it happens while Venom is controlling Anne, so it seems the symbiote just wanted to show Eddie some affection – and maybe rekindle his romance with Anne. On a slightly deeper level, Venom isn’t really male or female. They take on the form of whatever host they infect, as Anne’s bonding with them shows. And while Venom definitely has a masculine coded voice, they often use plural pronouns, just like many nonbinary people. Venom says to Eddie, “you didn’t find us, we found you.” The trailer for the sequel furthers this queer relationship by making a farce of their domestic life – like it or not, they live together now, and the film pokes fun at the utter absurdity of Venom adjusting to a life of cooking and (not) cleaning.

There’s a tendency with superhero films – especially MCU ones, which I know Venom is not – to pepper dark or emotional moments with witty remarks, and they often feel insincere. With Venom being an antihero, it’s less egregious here, but I still hope they keep the tone light and really lean into the bromance and queerness of Venom and Eddie’s relationship.