At a press event is Los Angeles last week, Bethesda let me play the first 3 hours of DOOM Eternal and I have to say, I’m pretty blown away.

I really enjoyed Doom 2016’s fresh take on shooter genre. The momentum combat that’s always pushing you forward into the fray was incredibly satisfying. DOOM’s brand of high octane demon-slaying blood bath gameplay could have totally fallen flat for modern audiences, but I felt like the team at id Software really knocked it out of the park.

That’s not to say it wasn’t without its shortcomings though. The game had a notable lack of really memorable set pieces and struggled to deliver very much variety in gameplay. The pattern of hallway-arena-hallway progression and visually similar Mars and Hell levels all sort of blend together in my memory and left a last impression of a somewhat monotonous game. 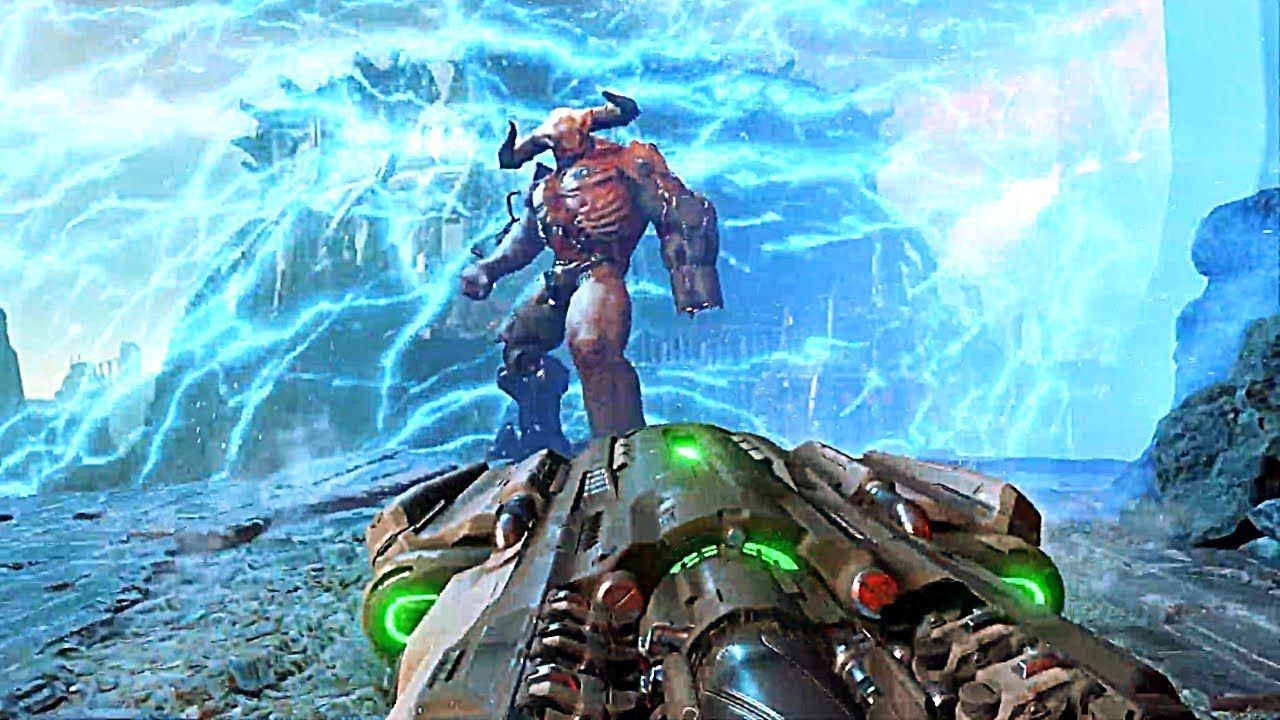 Double jump, double dash, wall climb, monkey bars, and super shotgun hook are all new tools that help you get around the battlefield and navigate environmental puzzles. The game really leans into platforming sequences this time, as well as the creative opportunities that mobility offers to combat. I unlocked an upgrade early on that allowed me to slow down time while airborne, giving me opportunities for really impressive skill shots and tactical maneuvers.

In DOOM 2016, it wasn’t uncommon for players to really only switch guns when they ran out of ammo. DOOM Eternal adds mechanics like damage type weakness and enemy crit spots that encourage players to switch to different weapons for a damage boost and target weak spots on enemies to disable them. These extra mechanics make combat feel like high speed puzzle solving, and I found I found the combat to be so much more engaging.

The visual identity of DOOM Eternal is probably the biggest improvement over the first game. Each level takes you to a different planet, each with a completely different designs and color palette. I saw more breathtaking vistas and massive set pieces than I can even count, just in the first 3 hours. There’s more environmental story telling and cut scenes in the first act than there were in the entirety of DOOM 2016.

Suffice to say, we’re incredibly excited for DOOM Eternal. Please enjoy this gameplay footage from my play session at last week’s event and, if you like this kind of content, don’t forget to subscribe to the channel.

DOOM Eternal is scheduled to release March 20th on PC, Xbox One, PS4, and Stadia.