Resident Evil Village’s Lady Dimitrescu has been the breakout gaming character of the year. Well before Village even released, Lady Dimitrescu – Alcina, if you’re nasty – dominated the marketing. She’s one of five bosses in the game, but the other four scarcely got a look in, with Lady Dimitrescu adorning bath towels, starring in Capcom’s TikTok feed, and being the subject of multiple memes, fan art, and comics. Now that the game is finally out, she’s also the star of several mods, so I spoke to the modding community to find out that the big deal is with the big vampire lady.

“Every game has its own hype and memes surrounding it,” Apzurv, the modder behind the Lady Dimitrescu dress and lipstick mods, tell me. “I had plans for modding Alcina [before release], given that Resident Evil games are mod friendly and have the mod tools always ready at launch thanks to [other modders] alphaZomega and Fluffyquack.” Apzurv added that the character seemed like Judy Alvarez from Cyberpunk 2077 – a popular character in an easy to mod game who made an impression upon the audience prior to release.

xRaq, who modded the game to make Lady Dimitrescu a playable character, also had a lot of plans prior to the game releasing, and said the memes played a key role in bringing her to their attention. xRaq also has a mod that replaces all the suits of armour with Lady Dimitrescu statues, removes the flies from swarming around the daughters, and even adds her into the remakes of Resident Evil 2 and Resident Evil 3 in place of Jill, Claire, and Elza. “Dimitrescu was the element of the game that was mostly shown off, before and after the launch of Resident Evil Village,” the modder explains. “Basically 80% of the game’s marketing was about her, so I think that is definitely one of the reasons the modding community is making a lot of mods for her.” 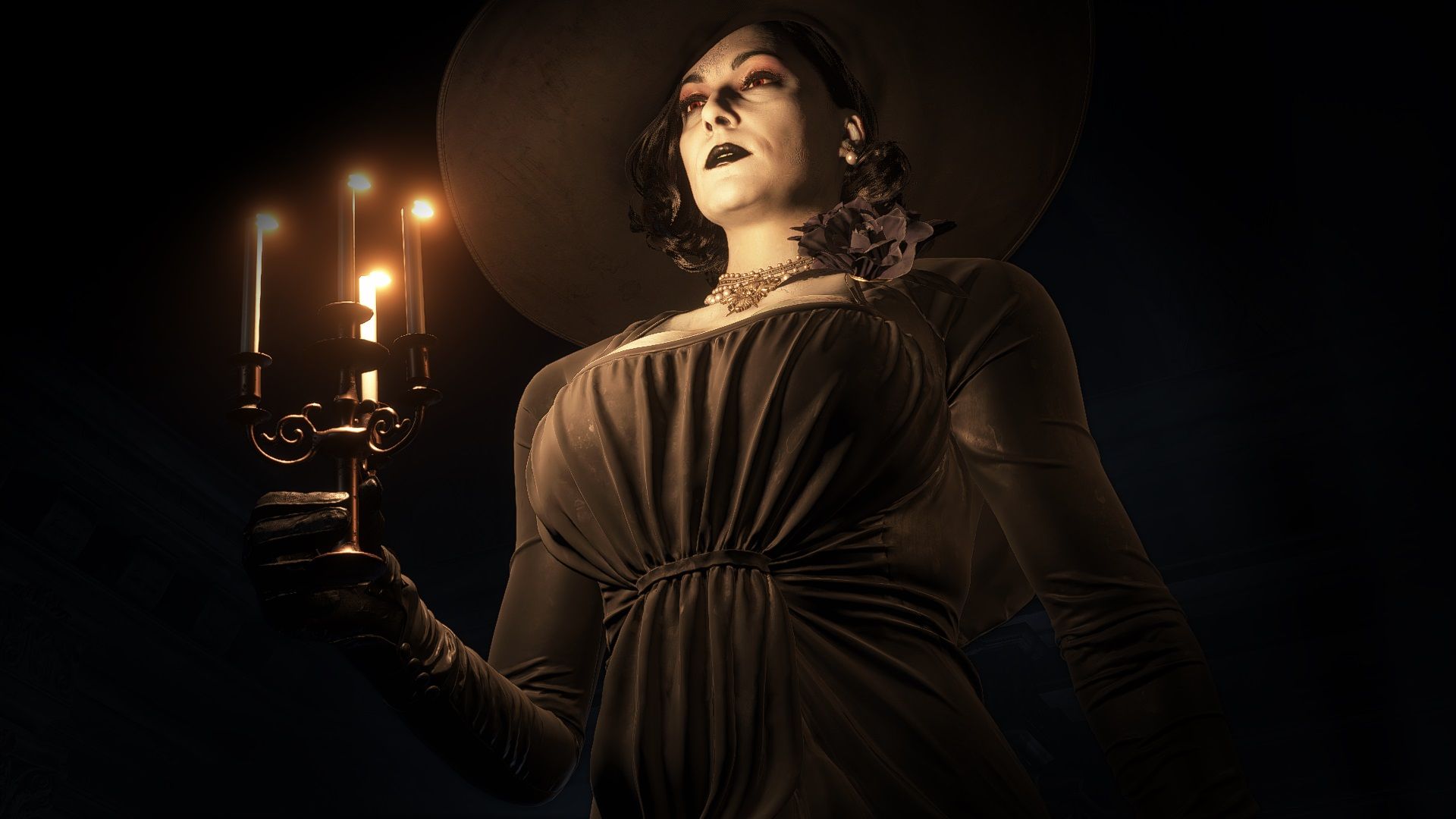 It’s not just the memes though – there’s something about Lady Dimitrescu herself that makes xRaq keep returning to her. “She’s an iconic character of the game, yes, but she’s also elegant and violent, which are also traits of other characters I love, like Lara Croft.”

xRaq has several Lara-based mods too, including several outfit swaps and the ability to play Tomb Raider as Horizon Zero Dawn’s Aloy, Mirror’s Edge’s Faith Connors, or Resident Evil’s own Mia Winters and Ada Wong. It’s this experience that helped them with making Lady Dimitrescu a playable character across three Resident Evil games.

“[Difficult animations are] not really something we can control,” they explain. “Replacing animations would be an enormous task. What we do is to fit our character’s proportions to Dimitrescu, then rig the character. Rigging, in short terms, means to make our character correctly move limbs as in thighs, forearms, fingers, etc. After that, we move Dimitrescu’s bones in the 3D program to check if the limbs move correctly. If they all move correctly, then there will most probably not be any problem during animations. But if there’s something wrong with some of them, like fingers clipping through the body when Dimitrescu is posing her hands on her hips, that’s nothing we can control. For now, at least.” 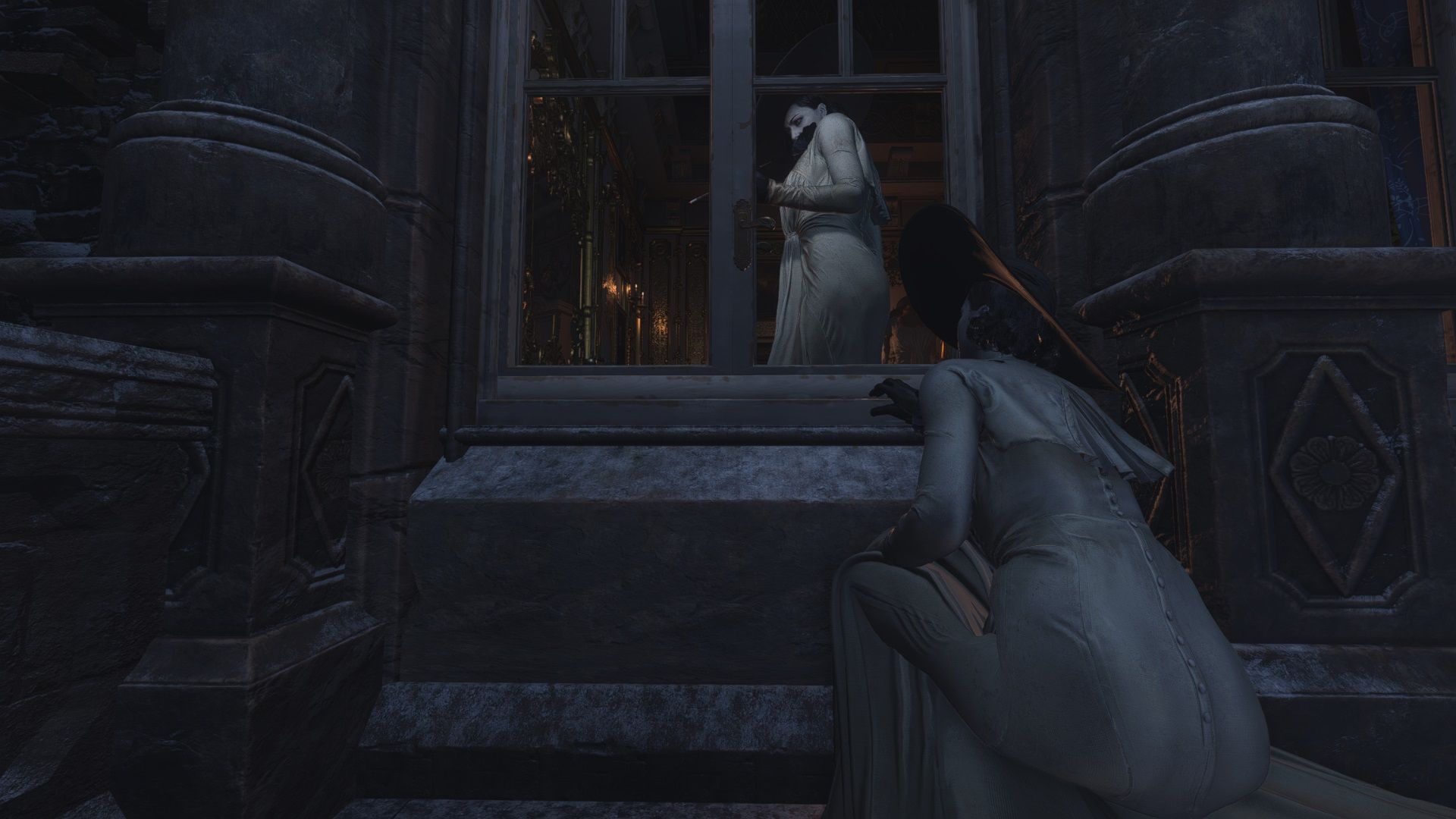 While Apzruv has no crossover mods for Village yet, they do a have a history, including importing the Cyberpunk 2077 Netrunner outfit into The Witcher 3 for Ciri, and bringing Witcher tattoos over to Cyberpunk 2077 for V. Apzruv also plans to move on to other characters in Village, although neither were disappointed by what many fans have perceived to be her limited presence in the game. “I wouldn’t say [I was disappointed],” xRaq says. “Dimitrescu is probably the ‘big’ enemy that we see the most, compared to Heisenberg, Moreau and Angie. The whole castle section itself is amazing and having Dimitrescu chasing you around it really felt like playing Resident Evil 2 Remake all over again, with Mr. X chasing you around.”

That’s similar to what xRaq envisions an actual Lady Dimitrescu led game might look like, rather than just their mod of her over Ethan’s story – she definitely deserves one, by the way. “I’d imagine it would work if the developers would make a mode where you are actually Dimitrescu, having to chase Ethan around the castle. Kinda like what they did with Resident Evil Resistance.” 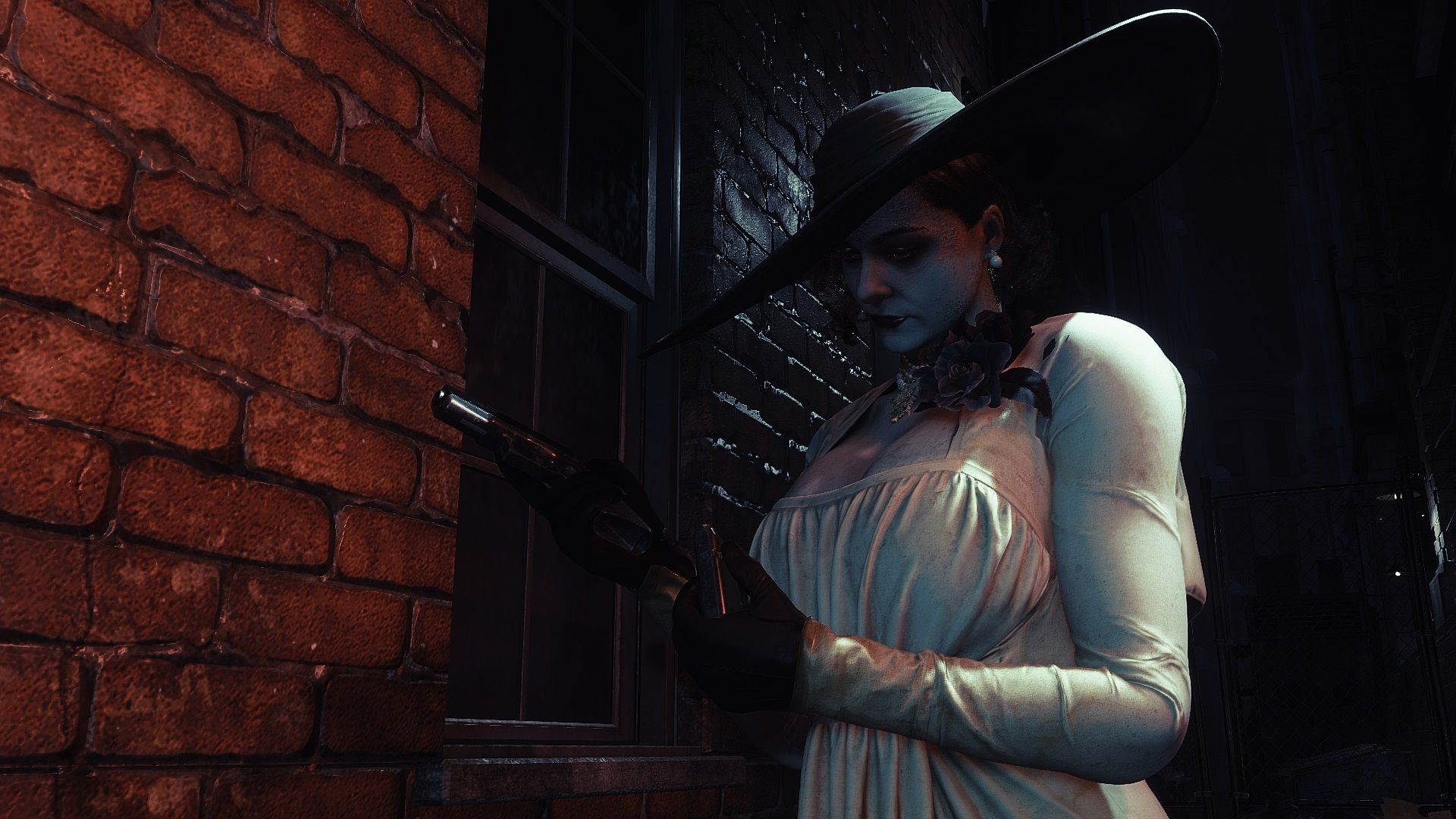 Of course, the game is just out, and the modding community is just getting started. Aside from the mods on offer from Apzruv and xRaq, there’s mods that give Lady Dimitrescu a giant hat, as well as turning her into Mr. X, into Ada Wong, and even into Thomas the Tank Engine, for some reason. She’s already risen to become one of gaming’s most popular characters, and the modding community no doubt has a few more tricks up her silk sleeves yet.