Coming of age stories are not typically common subject matter for video games. Most of the time, game narratives tend to revolve around apocalypses and hordes of enemies that march in single file to be slaughtered by a charged-up laser rifle. Wide Ocean Big Jacket, however, is not a typical video game. It’s an interactive story about two teens experiencing new, scary feelings, and two young adults experiencing doubt for the first time in their marriage. It’s also incredibly charming. 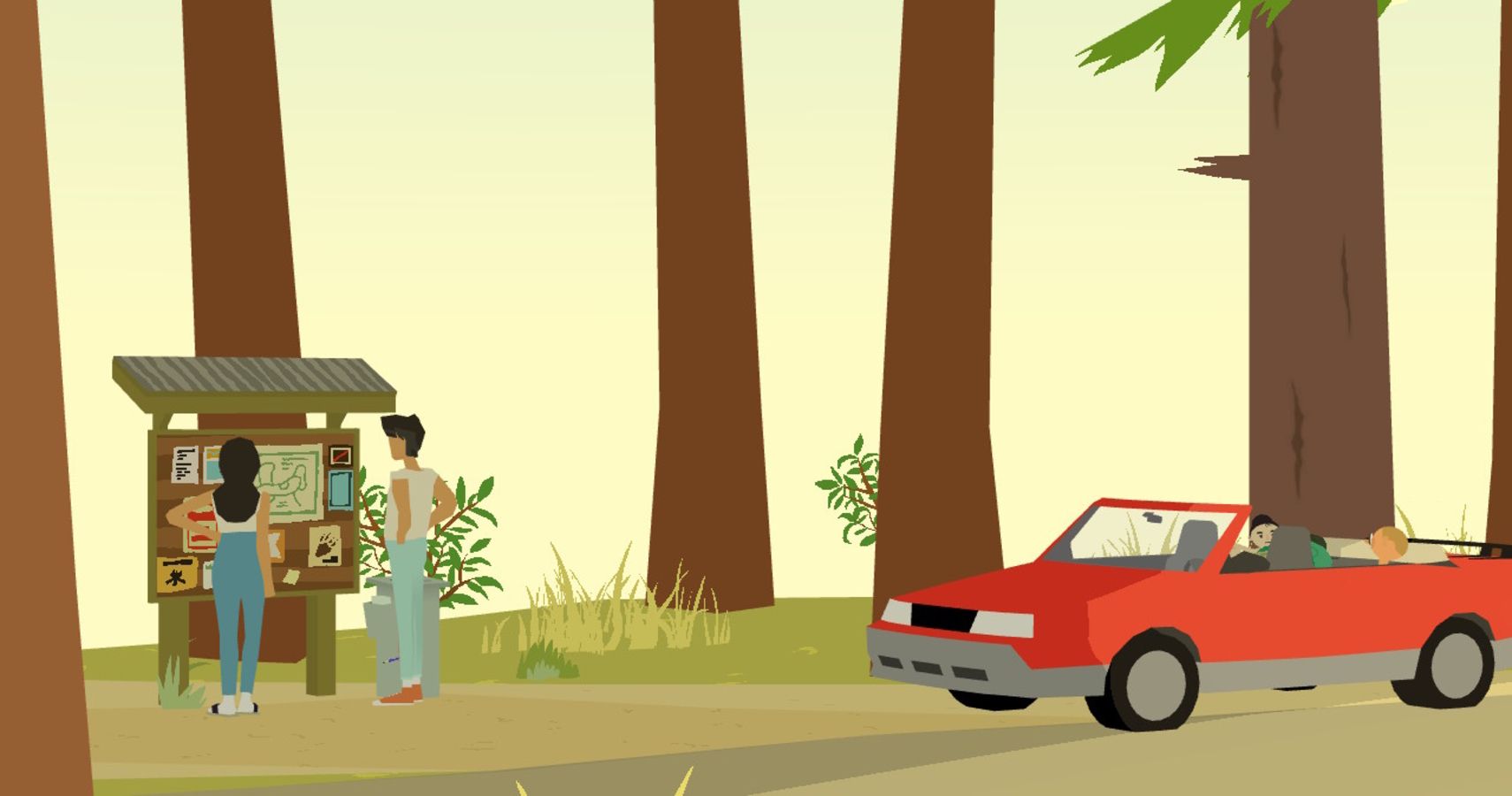 Wide Ocean Big Jacket could be called an adventure game, but the most adventurous thing that happens is buying firewood from a guy in the park, or practicing some cartwheels. Gameplay mostly consists of walking up to people, which then initiates a black screen with a picture of that person’s face and some text. The player then reads the conversation and… that’s the game. It’s essentially an interactive novel that you have more direct control over. 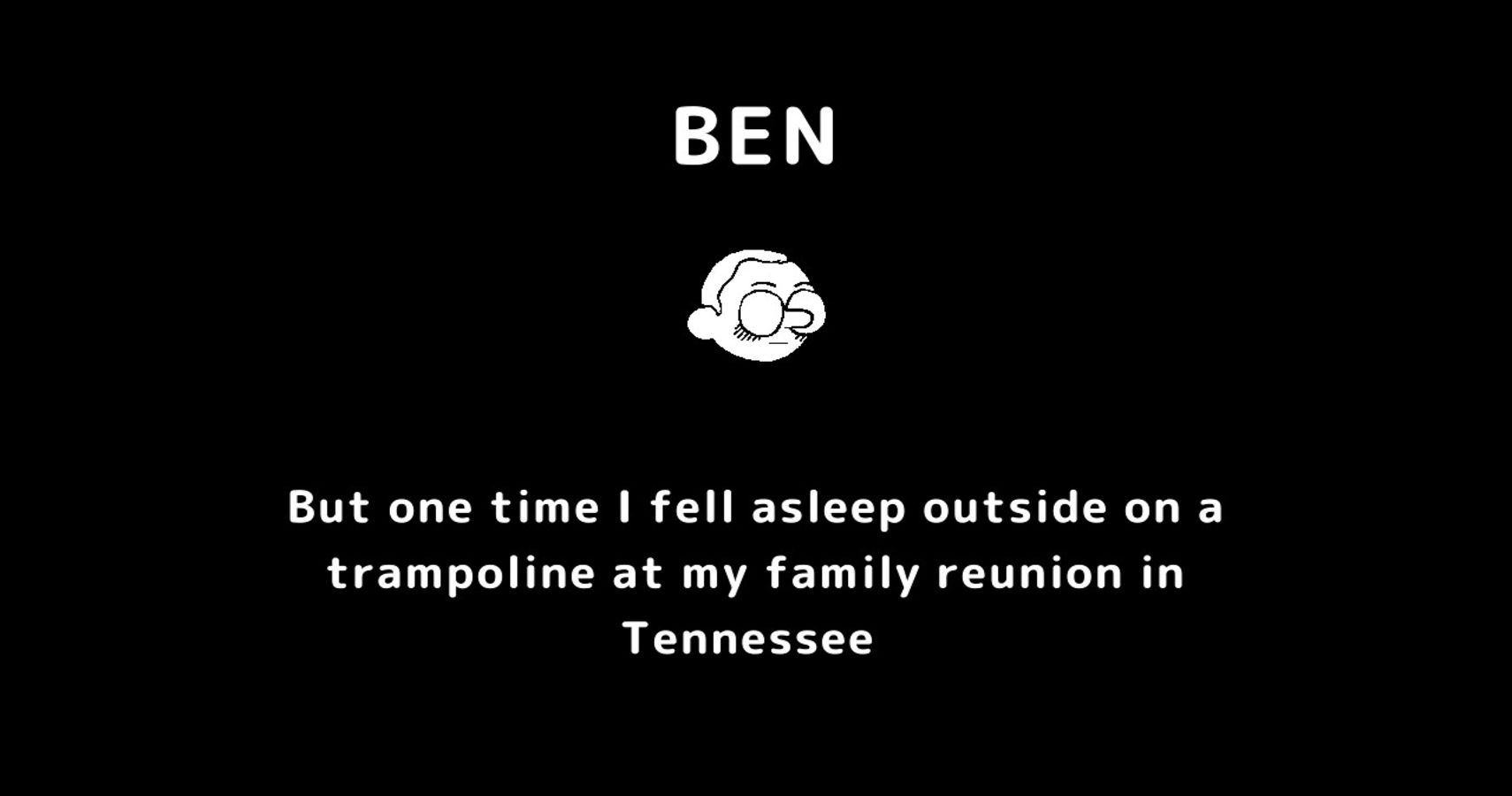 Graphically, the game reminds me of Frog Detective 2. Lots of simple character designs, primary colors, and blocky, polygonal backgrounds. Even though Wide Ocean Big Jacket isn’t as ridiculous as the title may suggest, it still works here and gives the world the appearance of being drawn or painted by hand.

Also like Frog Detective 2, this is a very short game. The entire story from start to finish can be completed in under an hour. There are some alternate dialogue choices here and there, but for the most part, there’s not much when it comes to replayability. Not that games like this need to be massive, sprawling 20-hour epics, but for some gamers, spending eight to ten bucks on a short, cute little story might not seem worth it.

It’s A Shame When Vacations Have To End 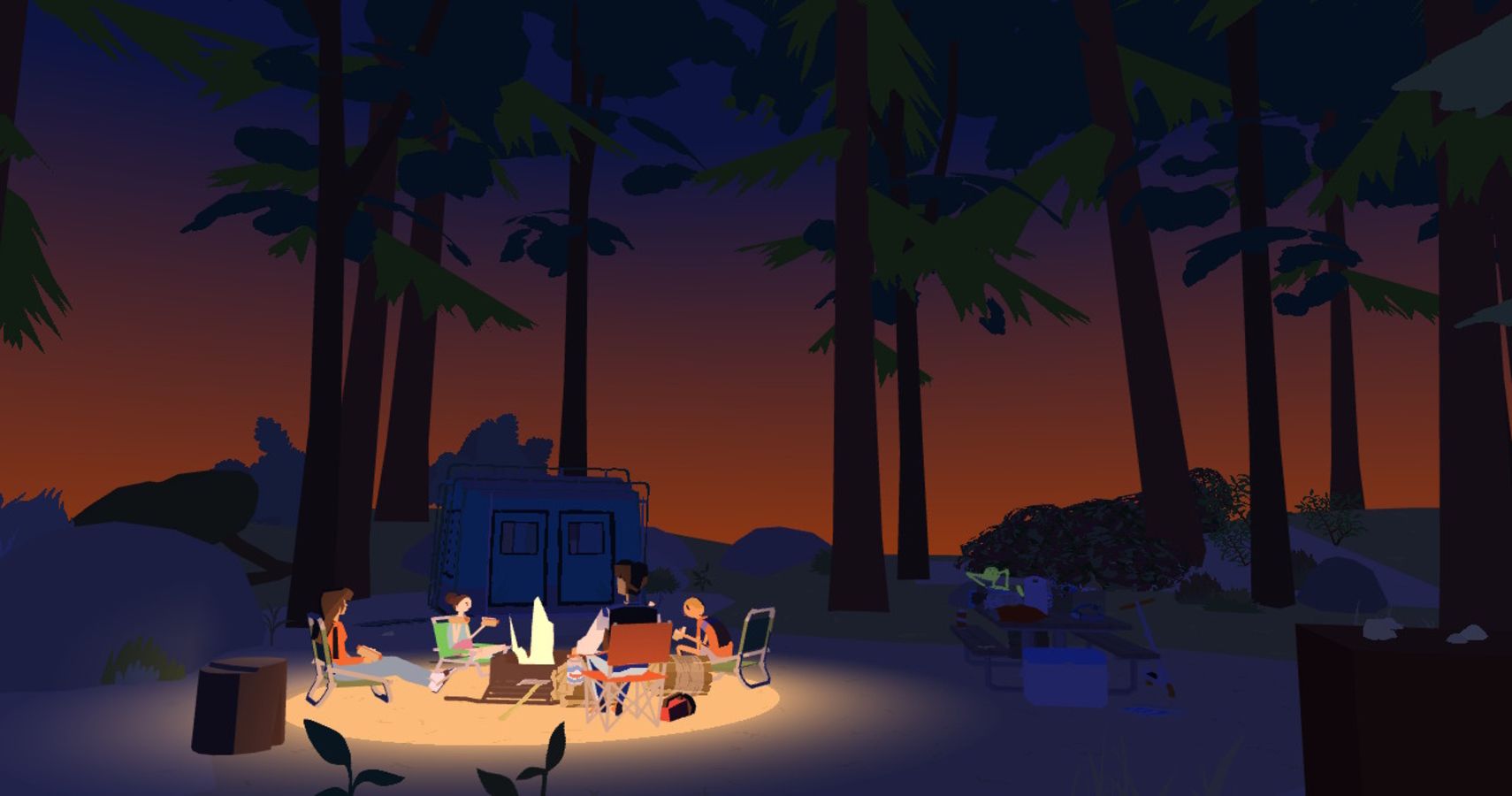 Wide Ocean Big Jacket is a simple, nice little vacation with some goofy characters. It’s not exactly a must-play title, as the story sort of just begins and ends. It doesn’t do much more than simply be funny and sweet, but I enjoyed my short time with it regardless. For what it is, it’s hard to fully recommend it for ten bucks. Frog Detective is a very similar game, and its asking price of five bucks seems a bit more appropriate considering its brevity.

But, if you’re looking for a relaxing, calm, amusing short story, Wide Ocean Big Jacket should be a perfect choice to help pass the hour.