The Alienware m15 is a redesigned and super-thin gaming laptop that’s offered with newer RTX graphics, or last-gen Pascal GPUs like this particular deal. At just 4.8lbs it’s relatively light given its payload, and still retains the no-expense-spared premium construction of its predecessor. It also features an advanced cooling system so the laptop never gets too hot or too loud. This deal pairs the m15 with the capable GeForce GTX 1060 video card. We reviewed the m15 and highly recommend it.

Dell makes some of the best gaming monitors on the market and the ones listed below are designed to give you a tear-free, lag-free, and stutter-free experience, especially in games like Apex Legends, Fornite, or PUBG where every millisecond counts. This deal is even better than last week because some monitors and have dropped in price and all monitors now have a free $50-$100 gift card attached. Use the gift card to buy anything at Dell, including gaming consoles, games, controllers, and more. The gift card carries a 90-day expiration date. 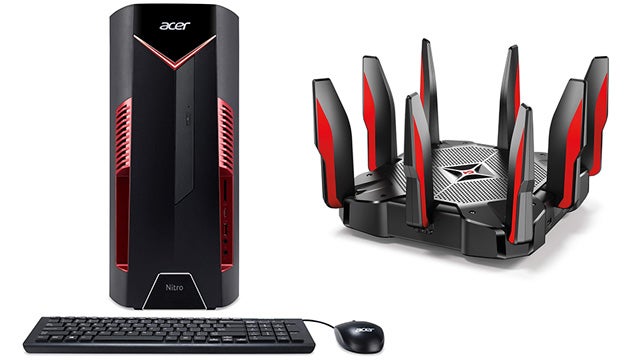 There are 29 items discounted at up to 40% off, including gaming desktop and laptop PCs, routers, monitors, gaming peripherals, PC components, and more. This deal only lasts one day and items are removed as soon as they expire so check this sale out ASAP. 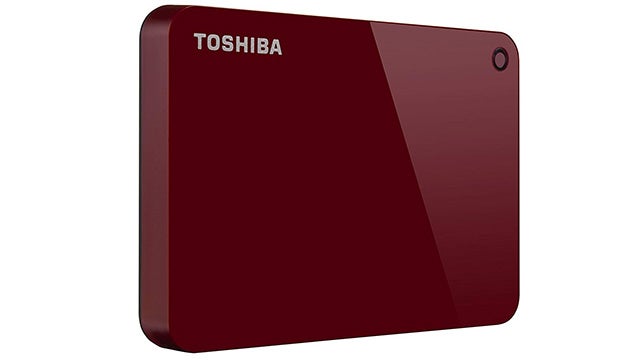 This little hard drive is fully compatible as external storage for your PC, PS4, or Xbox One. Portable drives are much smaller than their desktop hard drive siblings. They are just as fast and require no additional power other than what’s coming out of the USB port. The only tradeoff is the higher cost per GB, but that point is moot with today’s Amazon gold box deal. 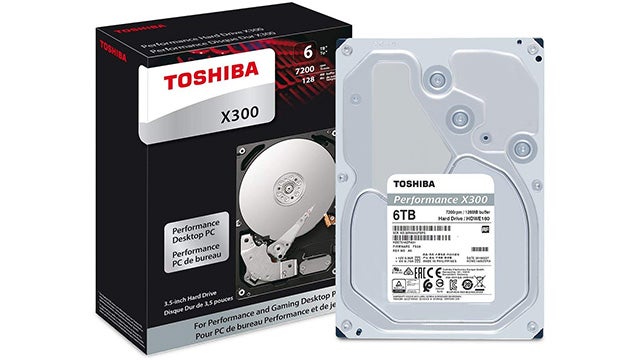 The Toshiba X300 hard drive is very well regarded for being high performance 7200RPM drives with a generous 128MB buffer at a significantly lower cost than other brands like Seagate and Western Digital. 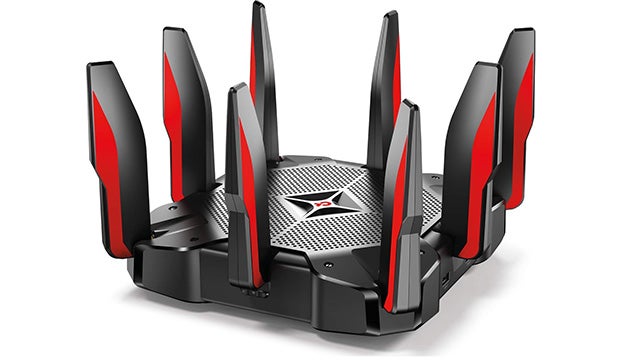 This is the highest end gaming router that’s part of Amazon’s 1 day sale and you’re getting it for $130 (33%) off. This router features a 1.8GHz quad-core processor with 1GB of RAM, tri-band networking with MU-MIMO technology, 8 external antennas, a whopping 8 gigabit ports, 2 USB 3.0 ports to use for storage networking or printer sharing, and more. 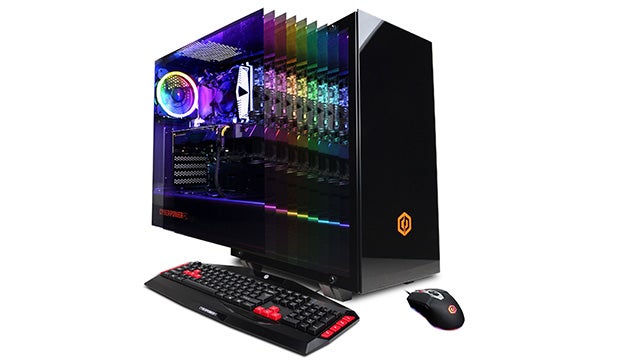 According to our RTX 2070 review, the new RTX 2070 card performs right in between the GeForce GTX 1080 and GTX 1080 Ti, plus support for the latest technology such as Ray Tracing. The AMD Ryzen 7 processor is a rare octa-core processor that performs well in both games – especially at higher resolutions – and productivity apps. You’d need to step up to an i9 to get that many cores in a mainstream Intel processor. 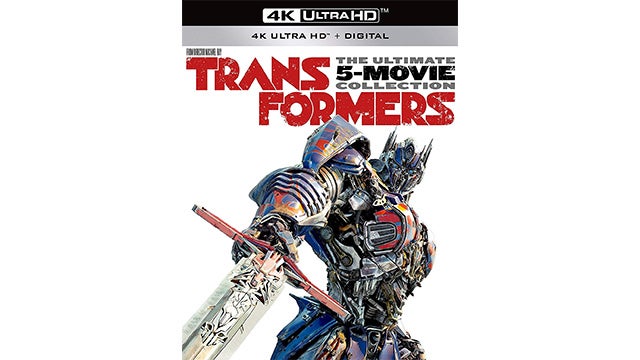 Say what you want about Michael Bay’s Transformers series, but no one will contest that the visuals are pretty impressive. This would make amazing reference material for your 4K TV, especially at only $10 per movie.

This game is out on Friday, and here’s your chance to preorder this game at a 14% discount. This is a really cute side scrolling platformer that reminds me very much of Yoshi’s Woolly World.

1-Year Playstation Plus Membership for $44.99

PS Plus membership discounts only happen a few times a year so grab this deal when you can. This membership gives lets you play games online, plus you’ll get the best discounts at the Playstation Store (for example, during the currently running The Great Indoors Sale), as well as new free games every month. This month, for example, gives you Call of Duty: Modern Warfare Remastered and The Witness (rated 10/10 “Masterpiece” here at IGN).

This was by far IGN Deal’s best selling gaming chair in 2018 (we even bought a few ourselves). If you’re tired of sitting in an old patio chair while you game, or you just want to upgrade your normal desk chair, this racing-style chair has solid reviews and is available at close to its lowest price ever.

The Arctis 7 currently sells for $150 elsewhere. This is IGN Deals’ best selling gaming headset and for good reason. We rated it a 9.8/10 here at IGN and I wholeheartedly agree. In fact, I think this is the best headset you can get at this price range. You’ll need to sign up for a (free) SteelSeries membership. 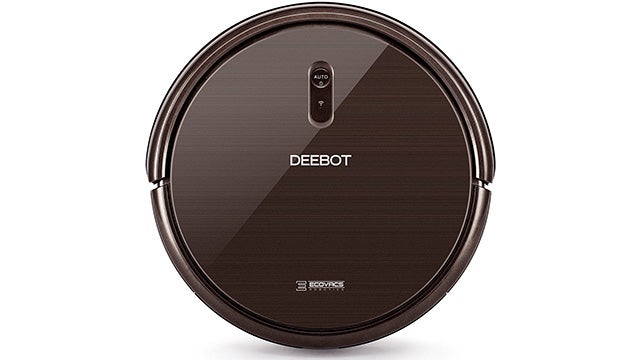 Regularly priced at $299.99, this robot vacuum cleaner is $100 off right now at Amazon, and you can knock that price all the way down to under $160 with the coupon code. The DEEBOT N79S is equipped with a 3-stage cleaning system, as well as WiFi control.

The best Nintendo Switch console deal of 2019 started last week and surprisingly, it’s still live (although it should be expiring any day now) . Choose between a neon or gray Switch along with one of five games (and they’re good games, too – New Super Mario Bros U Deluxe, Super Mario Odyssey, Mario Kart 8 Deluxe, Super Mario Party, and Mario Tennis Aces), a random Mario enamel pin, and a Paw Patrol-themed Switch carrying case all from $328.53, depending on the game you choose.

A new Switch bundle has surfaced. If you’re a fan of sports games, or you want to spend a bit less on the initial cost of Switch ownership, you can buy a Switch console and get the very well rated NBA 2K19 game for free. This game is huge so you might want to invest in a cheap Micro SDXC card for additional storage. Fortunately, there’s a deal for that too.

The most popular tablet on the market is currently 25% off. In fact, it’s even cheaper than what we saw on Black Friday. The newest 6th generation Apple iPad boasts a 9.7″ Retina display, A10 Fusion 64-bit processor, dual cameras, 10-hour battery life, and Apple Pen support.

This is the lowest price we’ve seen on a brand new iPad Pro. This particular model normally sells for $650 so you’re saving $150. The deal was previously only available in-store at select Microcenter locations, but Amazon has decided to price match it.