The smart lighting market is enormous, if estimates are anything to go by. Of the 75% of respondents to a recent Dashbot survey who use voice assistants like Alexa at least once a day, 23% say they control devices like light bulbs with their assistant. And globally, the market is estimated to be worth over $23 billion by 2025, up from $118.5 billion in 2016.

Unsurprisingly, appliance makers like GE are vying pretty successfully for slices of the segment. GE Lighting to this end announced new additions to its C for GE product family, several of which target owners of smart speakers and smart displays. Among them are new connected switch and dimmer technologies, as well as wire-free products and a revamped companion app.

First up is the C by GE Hubless Three-Wire Smart Switch and two Hubless Dimmer models, which GE claims are industry firsts. They don’t require products such as hubs to integrate with Google Assistant or Alexa and they’re designed to be installed in most households regardless of the home’s age. The Smart Switches don’t require a neutral wire and are smaller in size than the previous generation, and they helpfully come with an optional accessory that minimizes bulb ghosting and flickering. 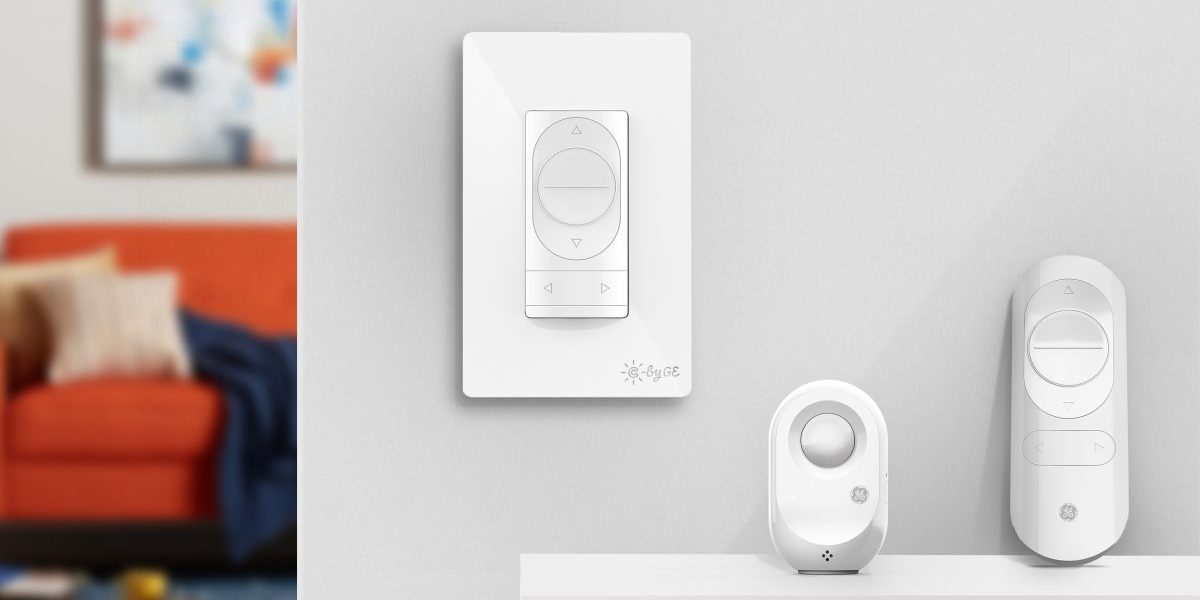 As for the battery-powered Wire-Free Dimmer, it seamlessly controls C by GE smart bulbs, switches, and dimmers and attaches to the wall via an adhesive strip. GE says that Wire-Free Motion Sensor and Wire-Free Remote Control products will go on sale with the Dimmer sometime in 2020, slotting alongside existing C by GE light bulbs and controllers.

GE also announced that its C by GE mobile app has been refreshed to support all new and existing first-party switches, bulbs, and plugs. Plus, it says that in the future, it’ll open integration into the app to select third-party manufacturers through the new Works with C by GE Program. “[C]onsumers will see third-party smart products carry this identification signaling simple integration and compatibility with C by GE products,” wrote the company in a press release.

It was only a few years ago that GE launched C-Sleep, a Bluetooth smart light bulb that automatically shifted its color temperature throughout the day to match the ambient outdoor hue. It later expanded the C by GE lights product family in November 2017 with C-Reach — a hub that connects to GE bulbs with Wi-Fi so you can control them with Google Assistant, Amazon’s Alexa, and Apple’s HomeKit — and with new full-color bulbs and smart switches last year ahead of the Consumer Electronics Show.

Cyberpunk 2077 rumour-killer: Xbox One owners can rest easy ahead of release date
Xbox

Xbox One Console Streaming Available Everywhere, You Can Sign Up Now

PlayStation Plus Deal: Nab 12 Months Of PS Plus For $37

Get Bloodborne: The Card Game For 20% Off At Amazon
We and our partners use cookies on this site to improve our service, perform analytics, personalize advertising, measure advertising performance, and remember website preferences.Ok