Gamers on a strict budget can finally get a taste of the improvements found in Nvidia’s Turing GPU architecture. On Tuesday, Nvidia launched the GeForce GTX 1650, a $150 graphics card built to slip easily into pre-existing PCs and start playing 1080p games with minimal fuss. It joins the more powerful GTX 1660 and GTX 1660 Ti in the current GTX 16-series lineup.

Like those cards, the GeForce GTX 1650 will be available only in custom designs by Nvidia’s board partners—there won’t be a Founders Edition version. But unlike its cousins, the GeForce GTX 1650 will be available in some boards that consume a mere 75 watts of power, avoiding the need for a supplemental power connector from your power supply. That unique capability helped make its predecessors, the GTX 1050 and GTX 1050 Ti, such popular gaming options. Graphics cards that don’t need extra power connectors can turn even cheap prebuilt PCs into proper gaming rigs.

Nvidia’s radical new Turing architecture helps the GeForce GTX 1650 deliver plenty of game, though this particular GPU lacks the real-time ray tracing and machine learning capabilities of the far pricier RTX 20-series hardware. The GTX 1650 “is 2x faster than the GTX 950 and up to 70 percent faster than the GTX 1050 at 1080p resolution,” Nvidia says.

Nvidia’s GeForce GTX 1660 and EVGA’s superb XC Ultra custom design result in a new mainstream gaming champion. This is the graphics card you want for 1080p gaming at 60 frames per second.

Working drivers weren’t provided to the press prior to the launch, so we weren’t able to verify the claim independently. We’d expect the best results to come in more modern titles that can leverage Turing’s newly separated integer and float point pipelines. Games that respond well to asynchronous compute capabilities, such as the ever-popular Rainbow Six Siege, play especially nice on Turing compared to Nvidia’s previous Pascal-based GPUs.

This should be a huge upgrade, in other words—though as with the other graphics cards in Nvidia’s current lineup, it comes at a price. While the GTX 1050 launched at $110, and the speedier GTX 1050 Ti cost $140 before 2018’s nasty cryptocurrency-fueled pricing crunch, the GeForce GTX 1650 starts at $150. 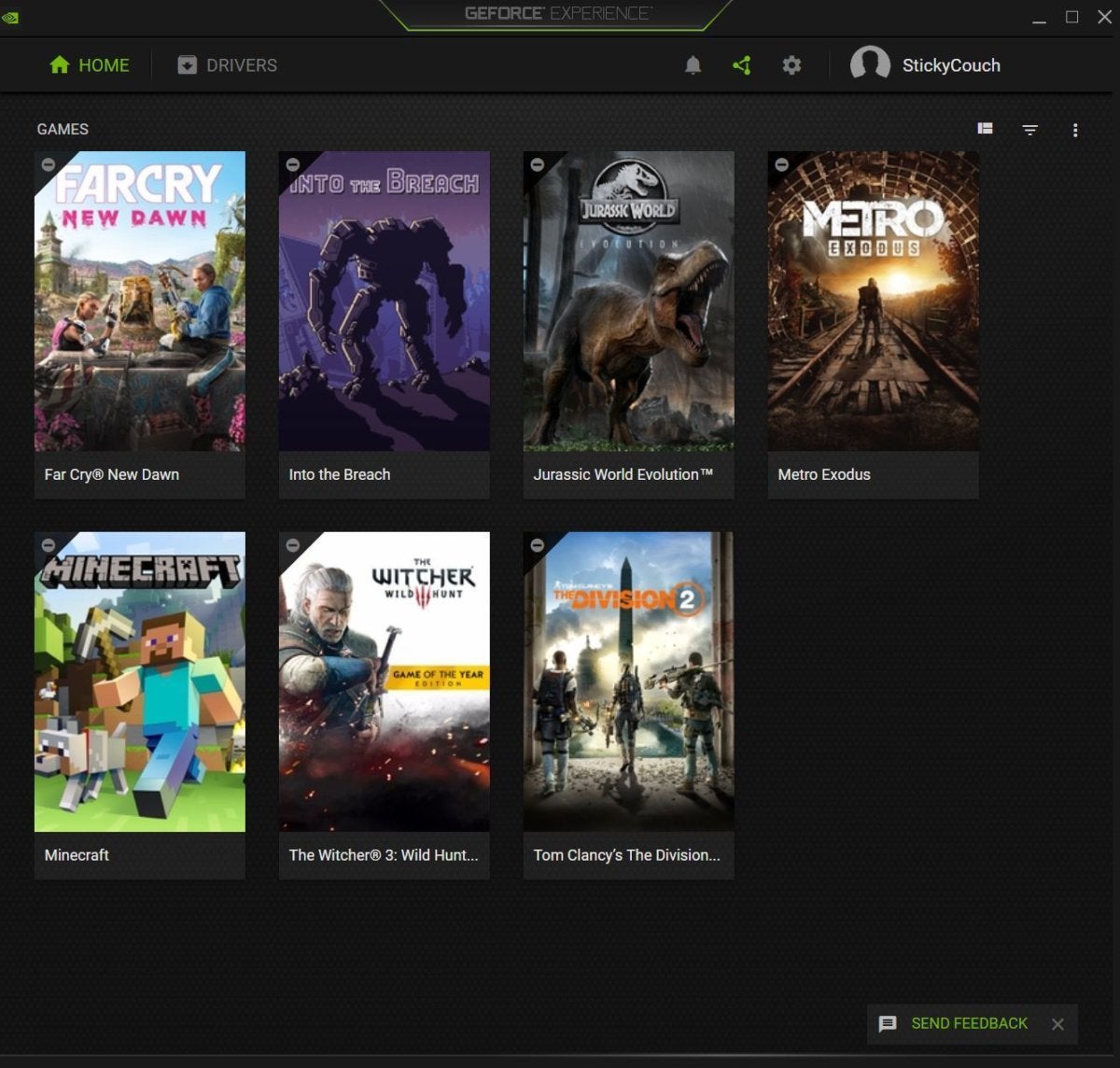 Nvidia’s GeForce Experience software can automatically optimize your games for your hardware, enhancing the plug-and-play experience of the GTX 1650.

It’ll be interesting to see whether this card outpunches AMD’s Radeon RX 570. The RX 570 launched for $180 two years back, but now you can regularly find models with 4GB of memory on sale for $130. You can also find models with a lofty 8GB, like the ASRock Phantom Gaming D Radeon RX 570 8GB OCRemove non-product link, for $140—$10 less than the 4GB GeForce GTX 1650.

Note, however, that AMD’s graphics card requires an 8-pin power connector. If the GTX 1650 fails to match its rival—again, Nvidia didn’t provide reviewers with drivers to test these cards prior to release—than it’s clear that the company prioritized the plug-and-play nature of a 75W card over beating the Radeon RX 570’s performance. Stay tuned for reviews.

Speaking of design decisions, there’s a sizeable price gap between the $149 GeForce GTX 1650 and the $220 GTX 1660. There’s a big gap in CUDA core counts, too, with a mere 896 in this new GPU compared to a whopping 1,408 in the GTX 1660. Nvidia didn’t announce a GeForce GTX 1650 Ti today, but rumors of one have been swirling. We’d be shocked if one weren’t announced in the future to fill in those gaps.

Look for a wide variety of custom GeForce GTX 1650 graphics cards from the usual manufacturers, on store shelves today in the usual places. If past releases are any indication, some overclocked variants may require an extra 6-pin power connector. Be sure to check the fine print before you buy if you need a model that can be powered by your motherboard alone.