Ring, the smart device manufacturer that Amazon acquired for over $1 billion in February 2018, has attracted criticism from advocacy groups like Fight for the Future and the Electronic Frontier Foundation (EFF) for using its cameras and Neighbors app (which delivers safety alerts) to build a surveillance network via police partnerships. The EFF in particular has singled out Ring for marketing strategies that foster fear, promote a sale-spurring “vicious cycle,” and “[facilitate] reporting of so-called ‘suspicious’ behavior that really amounts to racial profiling.”

In an effort to counter the narrative, Ring today launched a new feature within the aforementioned Neighbors app called Neighborly Moments, which will allow users to submit photos, videos, and text-based posts about acts of kindness occurring in their neighborhood. The company notes that this has been allowed on the app previously, but that it’s now possible to tag items as such alongside crime and safety information in five other categories: Crime, Safety, Suspicious, Unknown Visitor, and Lost Pet.

“We’re excited to debut this category because it will make it even easier for our users to highlight the good deeds happening in their communities and because neighborhoods are safest when neighbors work together,” said Ring in a statement. “We take community feedback seriously, and are launching Neighborly Moments in response to input from our users and how they use the app to engage others around local safety.”

Neighborly Moments might include security camera clips of neighbors helping each other shovel snow or take out the trash, or of people helping each other by returning lost pets, packages, and keys. “This … category is one of many ways Neighbors is working to support positive interactions on the app, provide peace of mind to our users and further our mission to make neighborhoods safer,” continued Ring.

The roll-out of Control Center distracted only momentarily from Ring’s many woes. A report from the EFF found that the Ring app shares user information including names, private IP addresses, mobile network carriers, and sensor data with as many as four analytics and marketing companies, some of which hadn’t been disclosed. In response, Ring told members of the media that it works to ensure the data is “contractually limited to appropriate purposes” such as “optimizing the customer experience” and “evaluating the effectiveness” of its marketing. 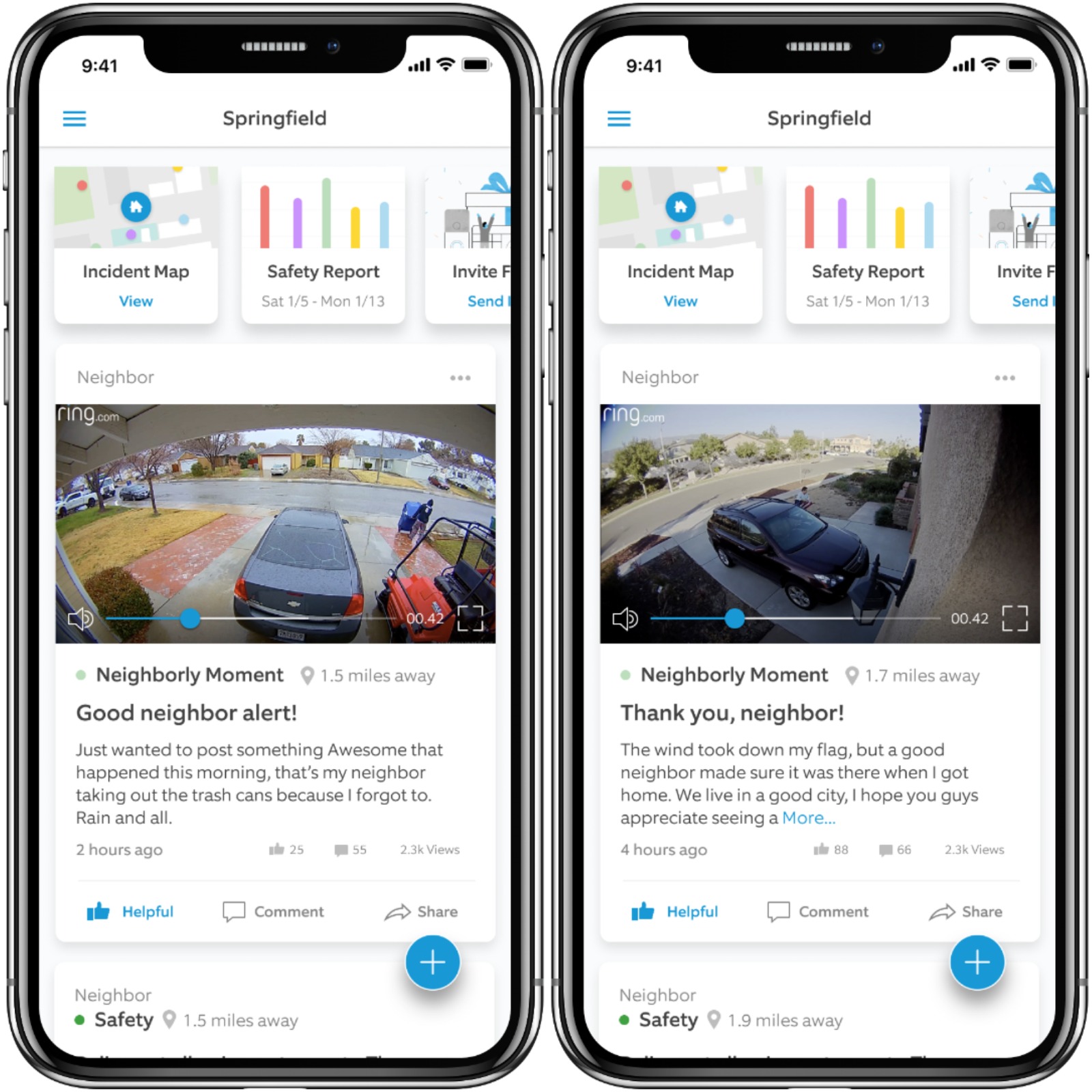 Ring is also the target of class-action lawsuits arising from vulnerabilities in its devices that allowed malicious actors to tap camera feeds and two-way talk functions; indeed, Senator Ed Markey (D-MA) criticized the company in a letter for being “an open door for privacy and civil liberty violations.” Ring pegged the blame partly on customers, whom it accused of failing to practice “good password hygiene” and enable two-factor authentication.