Surprisingly, the Baby Yoda Operation game does not require surgery

Hasbro has been making some very strange decisions lately when it comes to rebranding its stable of classic board games. The latest is called Operation: Star Wars The Mandalorian Edition, which, at first glance, looks like your best opportunity yet to eviscerate the most beloved character in the Disney universe.

For the uninitiated, the standard game of Operation requires a steady hand. Players use metallic tweezers to reach inside a human figure’s body and remove bits like the breadbasket. Bordering each bit is a metal contact. Connect the tweezers to the contact, and you set off a buzzer and a bright red light in the character’s nose.

However — despite what the core conceit of the Operation franchise implies — in the Mandalorian-inspired edition of the game, you’re not actually performing surgery on Baby Yoda. Instead, you’re taking away the toys that The Child has collected from those around him.

“Fans have fallen in love with The Child,” Hasbro says in the game’s description, “and must try to stop the mischief! Look at all the objects The Child has taken, including a froggy, a cup of broth, and a mudhorn egg! Players have fun using tweezers as they try to remove the most pieces from the game unit without setting off the buzzer.” 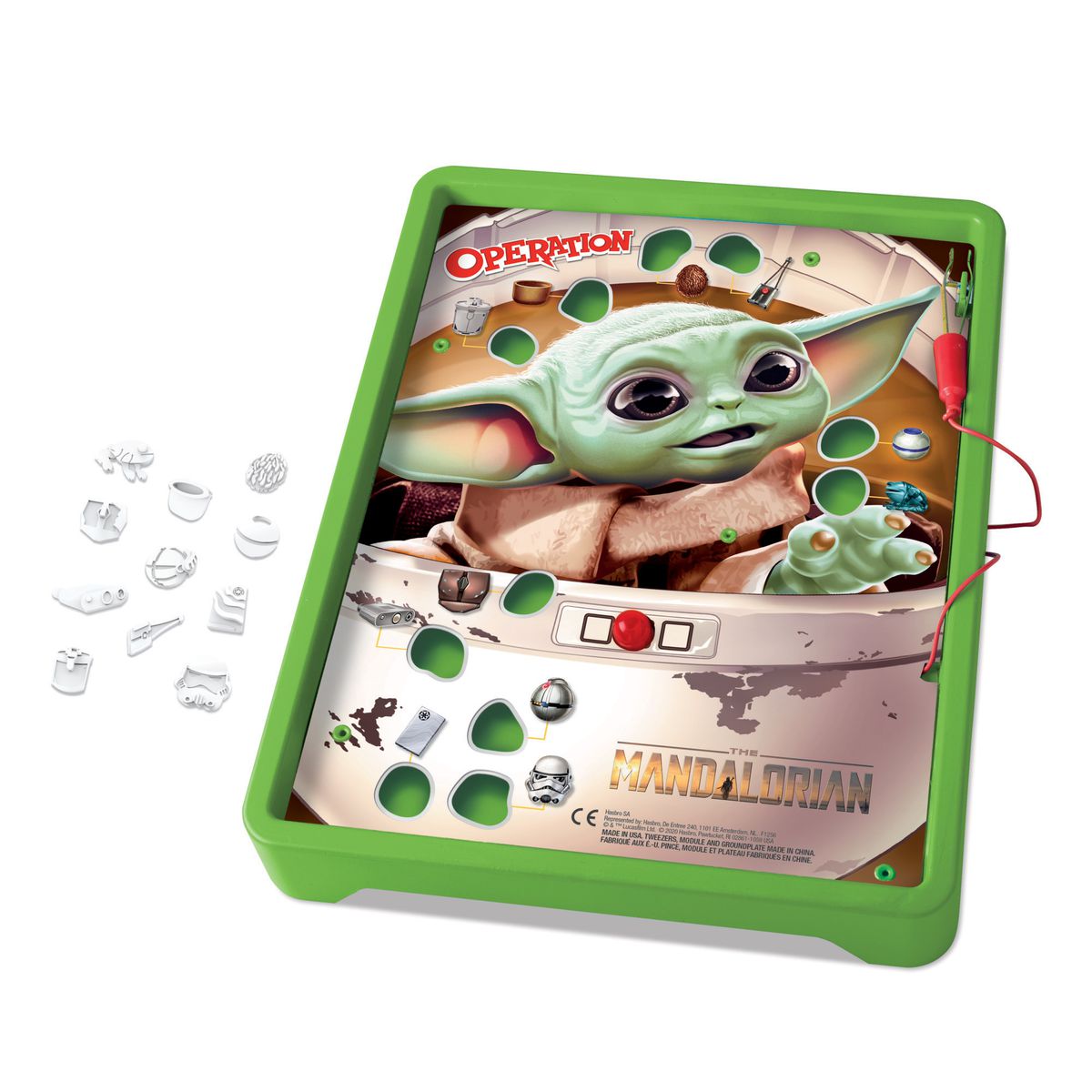 It’s almost as if someone, somewhere, said “in no way may it be implied that players are physically harming The Child.” Hasbro did name it Operation, though.
Image: Hasbro Gaming

Of course, anyone who has seen The Mandalorian knows that much of the tension in the first season of the Disney Plus series comes courtesy of the Empire, which hires Din Djarin to capture The Child — potentially for an execution. Or, you know, an operation to remove some of his Force-giving midi-chlorians during an operation. The cover of the game box itself does very little to diminish the implied threat that players will be causing harm to the little bugger, although the back of the box does make it clear what’s at stake.

For the record, this isn’t the first time that Hasbro has slapped the Star Wars brand on the Operation franchise. Operation: Star Wars Chewbacca Edition came out some time after Star Wars: The Last Jedi, and allows players to remove Porgs — among other things — from the walking carpet at their leisure.

Thankfully, none of the tiny critters appears to have been spit-roasted.

Operation: Star Wars The Mandalorian Edition will be available this spring via Amazon and Walmart for $19.99.