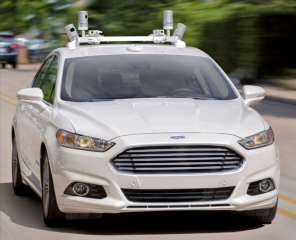 In June, the NHTSA (National Highway Traffic Safety Administration) division of the U.S. Department of Transportation (DOT) revealed the Automated Vehicle Transparency and Engagement for Safe Testing (AV TEST), a program that provides an online, public-facing forum for sharing automated driving system on-road testing activities. After an underwhelming debut in September, the NHTSA today announced an expansion to AV TEST that it says will offer greater information about testing throughout the U.S.

As of this morning, AV TEST is now open to “all stakeholders,” including state and local governments and private corporations. The Self-Driving Coalition said that all of its members, including new members Embark, Kodiak, and TuSimple, will participate in AV TEST going forward.

“We encourage everyone working in the [autonomous driving] space, including city and state governments, to join us in this initiative,”  NHTSA deputy administrator James Owens said during a web briefing. “AV TEST … is one of several programs underway to help address safety and innovation in the rapidly changing world of transportation.”

AV TEST’s expansion follows the publication of a poll by Partners for Automated Vehicle Education (PAVE) suggesting a majority of Americans don’t think autonomous cars are “ready for primetime.” Indeed, measuring the relative safety and capability of self-driving systems remains a challenge. The California Department of Motor Vehicles (DMV) mandates that companies testing driverless cars on public roads in the state disclose how often human drivers were forced to take control of their vehicles (known as a “disengagement”), but critics have long asserted it leaves wiggle room for companies to withhold information about certain failures.

NHTSA’s website shows whether companies or authorities are testing autonomous vehicles in certain areas within the U.S. and provides information about what sort of testing is taking place. The tool reveals on-road testing locations and data like vehicle types, uses, dates, frequency, vehicle counts, and routes. And it shows information about state vehicle operation regulations, emergency response plans, and legislation, as well as links to the voluntary safety reports some vehicle operators publish.

Companies including Beep, Cruise, Fiat Chrysler, Nuro, Toyota, Uber, Local Motors, Navya, and Waymo were among the first to sign up for AV TEST, along long with those that have previously submitted testing information to NHTSA and nine states — California, Florida, Maryland, Michigan, Ohio, Pennsylvania, Texas, Utah, and Wyoming. The total number of participants now stands at 26 companies and 23 state and local governments, up from 17 cities as of September. 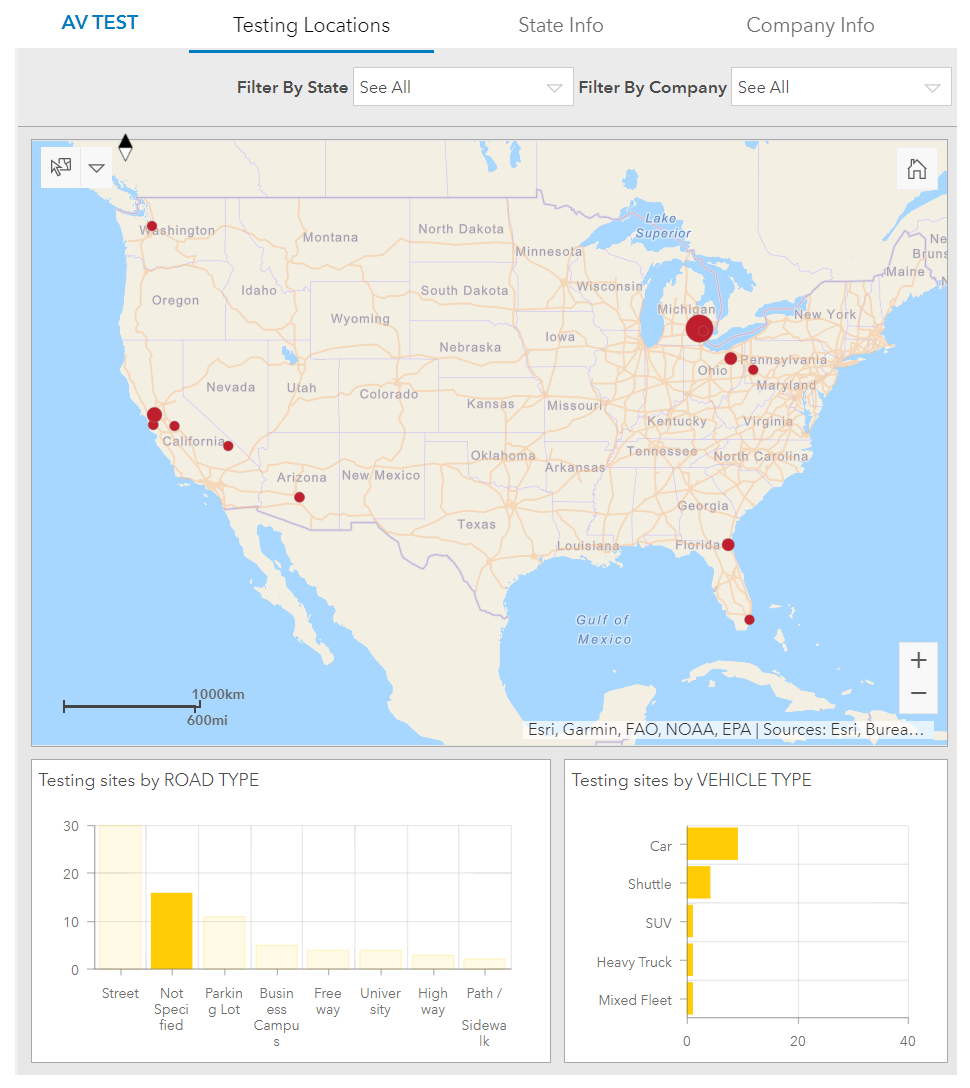 Above: The AV TEST dashboard.

At launch, AV TEST immediately drew criticism from some advocacy groups who argued that the NHTSA’s guidelines didn’t go far enough. In a statement, Advocates for Highway Safety’s Cathy Chase said the program’s voluntary, unenforceable nature and lack of minimum performance standards will be “to the peril” of road users.

“Unfortunately, NHTSA’s reliance on voluntary industry actions to accomplish this is a recipe for disaster,” Chase said. “It has been reported that at least 80 companies are testing autonomous vehicles. Yet, only 20 have submitted safety assessments to the U.S. DOT under the current voluntary guidelines, iterations of which have been in place for nearly four years … Additionally, over that time, the National Transportation Safety Board has investigated six crashes involving vehicles with autonomous capabilities uncovering serious problems, including inadequate countermeasures to ensure driver engagement, reliance on voluntary reporting, lack of standards, poor corporate safety culture, and a misguided oversight approach by NHTSA.”

Incompleteness of the data aside, participation in AV TEST remains uneven. Major stakeholders like Pony.ai, Baidu, Tesla, Amazon, Postmates, and Motion have declined to provide data for the purposes of the tracking tool. Moreover, it remains to be seen how diligently NHTSA will maintain this database. Because the AV TEST program is voluntary, there’s nothing to prevent participating states, companies, and organizations from demurring as testing resumes during and after the pandemic.

Momentum at the federal level regarding autonomous vehicle regulations remains largely stalled. The DOT’s recently announced Automated Vehicles 4.0 (AV 4.0) guidelines request — but don’t mandate — regular assessments of self-driving vehicle safety, and they permit those assessments to be completed by automakers themselves rather than by standards bodies. (Advocates for Highway and Auto Safety also criticized AV 4.0 for its vagueness.) And while the House of Representatives unanimously passed a bill that would create a regulatory framework for autonomous vehicles, dubbed the SELF DRIVE Act, it has yet to be taken up by the Senate. In fact, the Senate two years ago tabled a separate bill (the AV START Act) that made its way through committee in November 2017.

That said, there’s been recent progress at the NHTSA, which in March moved to make changes in standards regarding autonomous vehicles. Those standards could clarify that all forward-seated passengers in a driverless vehicle should receive the same level of protection as someone seated in the front passenger seat does now, which might change how airbags deploy on what had been known as the driver-side position. They might also give companies trying to create autonomous vehicles more leeway when approaching federal standards that might not apply to them, like those that refer to a driver’s seat or a steering wheel.