What this bald eagle and neural network depiction have to do with future U.S. AI strategy

The White House Office of Science and Technology Policy (OSTP) today announced the launch of the National Artificial Intelligence Initiative Office, an organization that will coordinate and oversee national AI policy initiatives for the United States government.

“The Office is charged with overseeing and implementing the United States national AI strategy and will serve as the central hub for federal coordination and collaboration in AI research and policymaking across the government, as well as with private sector, academia, and other stakeholders,” according to a White House statement.

The news comes with roughly one week left in the Trump presidency, and follows the president inciting a violent insurrection at the U.S. Capitol last week in which five people were killed. If the president doesn’t resign by tomorrow, House leader Nancy Pelosi said articles of impeachment will formally introduced.

Almost as interesting as the tasks the National AI Initiative Office will be responsible for handling is the explanation for the group’s seal, which appears to be the first attempt by the U.S. government to depict artificial intelligence in the logo of a federal office or agency. 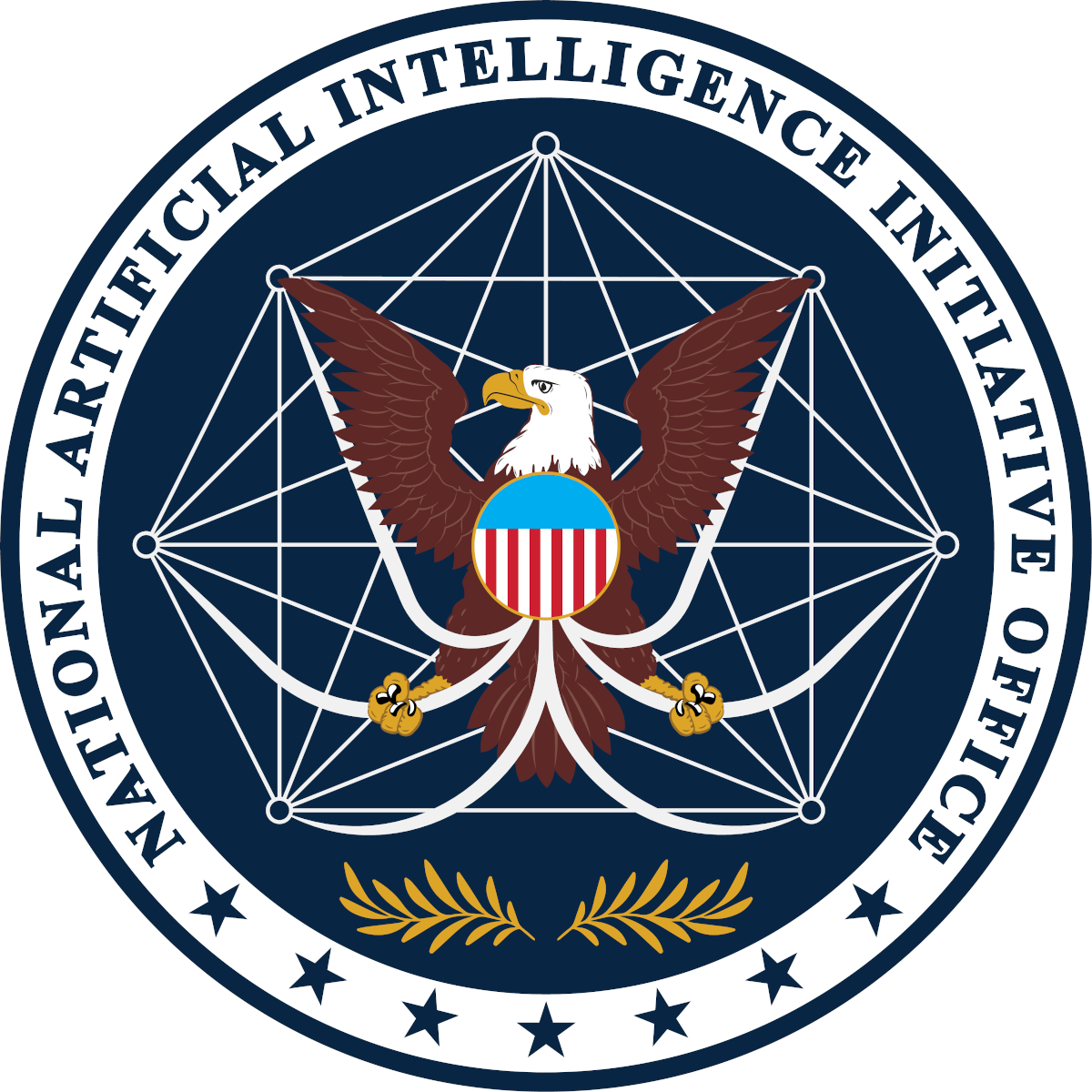 Instead of grasping an olive branch in one talon and arrows in the other to symbolize war and peace as the eagle on the seal of the President of the United States does, the National AI Initiative Office shows a bald eagle grasping interconnected nodes meant to symbolize a neural network.

“The eagle emerges from the neural network to represent the power and potential of AI to translate data into knowledge, technological breakthroughs, and new capabilities,” a White House statement reads.

Seven stars at the bottom of the seal are meant to represent that the office was established in the seventh decade of artificial intelligence. One node of that neural network includes a depiction of the American flag to represent a “commitment to leadership in AI from the United States,” as well as the “importance of an all-of-nation approach to the research, development, and deployment of AI.”

The National AI Initiative Office came into existence with the passage of the National Defense Authorization Act (NDAA), the annual defense spending bill for the U.S. military. Though the White House championed the launch of the new AI office today, the bill that created the office was vetoed by President Trump last month because lawmakers did not do as he asked and strip Big Tech companies of Section 230 legal liability protection. Both houses of Congress voted to override the president’s veto last week.

The NDAA included funding for a number of AI-related initiatives related to national security including a Select Committee on AI, an initiative to provide data, cloud, and high-performance computing resources to AI researchers, and an annual review of AI budgetary items led by the National AI Initiative Office.

Being a bigot and champion of human rights violations like putting kids in cages likely prevented President Trump from ever being considered a leader who’s taken seriously on matters of ensuring the deployment of trustworthy AI that works for everyone and does not violate people’s rights under the law.

During the Trump administration, the White House Office of Science and Technology Policy typically led efforts by the Trump administration to take part in multinational initiatives with other democratic nations. For example, White House CTO Michael Kratsios signed the OECD AI ethics principles in 2019 in Paris. Last year, White House deputy CTO Lynne Parker, who also played an important role in the agency during the Obama administrated, recently negotiated U.S. membership in the Global Partnership on AI or GPAI to coordinate policy among democratic nations and counter China’s growing influence in AI.

The national AI research and development strategy was also revised during the Trump presidency. It went largely went unchanged compared to the first such strategy introduced in the final year of the Obama administration but called for increased collaboration with businesses and international partners. In response to a Trump executive order about AI, the National Institute of Standards and Technology (NIST) last year devised a plan for how the federal government should engage in efforts to create AI standards.

The incoming Biden administration has pledged to increase research and development funding for AI and other technologies. 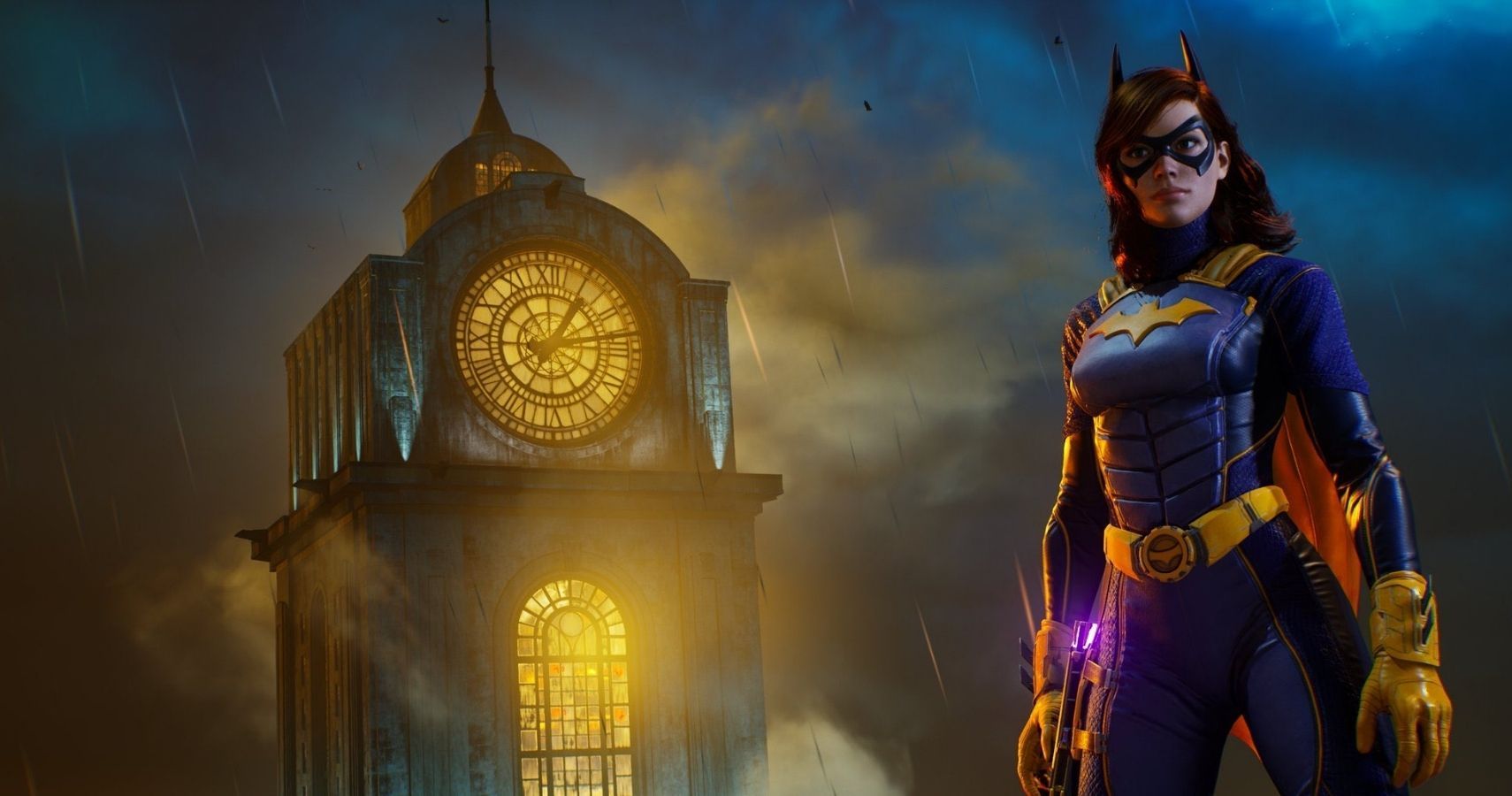 WB Games Montreal Is Working On A New IP, According To Job Listings