Taking advantage of the receptive climate, Swedish conglomerate Assa Abloy subsidiaries August and Yale today announced new smart lock products at the 2020 Consumer Electronics Show. They took the wraps off a new flagship lock — the next generation of the August Smart Lock — as well as a lineup of connected storage products and a versatile new door lock.

The headliner — the August WiFi Smart Lock — comes in matte black and silver finishes designed in collaboration with Yves Béhar and Fuseproject, Béhar’s industrial design and branding firm. The lock is 40% smaller than the previous-generation August Smart Lock and has support for Wi-Fi baked in, eliminating the need for an aftermarket bridge. The face of the lock sports rounded edges and textured ridges, as well as an August badge that helps identify whether it’s unlocked.

As with August locks before it, the August Wi-Fi Smart Lock — which mandates two-factor authentication and two-layer encryption — lets customers share access with family, friends, and trusted visitors and lock and unlock their door remotely. Folks can also check the status of their door at any time and link the lock to hosting platforms, security systems, and smart home platforms, including Airbnb, Alarm.com, Google Assistant, Amazon’s Alexa, and Apple’s HomeKit. It’s all managed through the August Cloud and August App, which Assa Abloy claims now have over 2 million users.

Linus ships with Yale’s DoorSense technology, which indicates when a door is open or closed. It can be configured to lock automatically as soon as the door closes or after a set amount of time, thanks to an auto-lock function that recognizes owners’ arrivals and unlocks as they approach. Linus tracks events like locks and unlocks and stores them for posterity, and it supports unlocking via smartphones or smartwatches like the Apple Watch, in addition to the complementary Yale Smart Keypad. 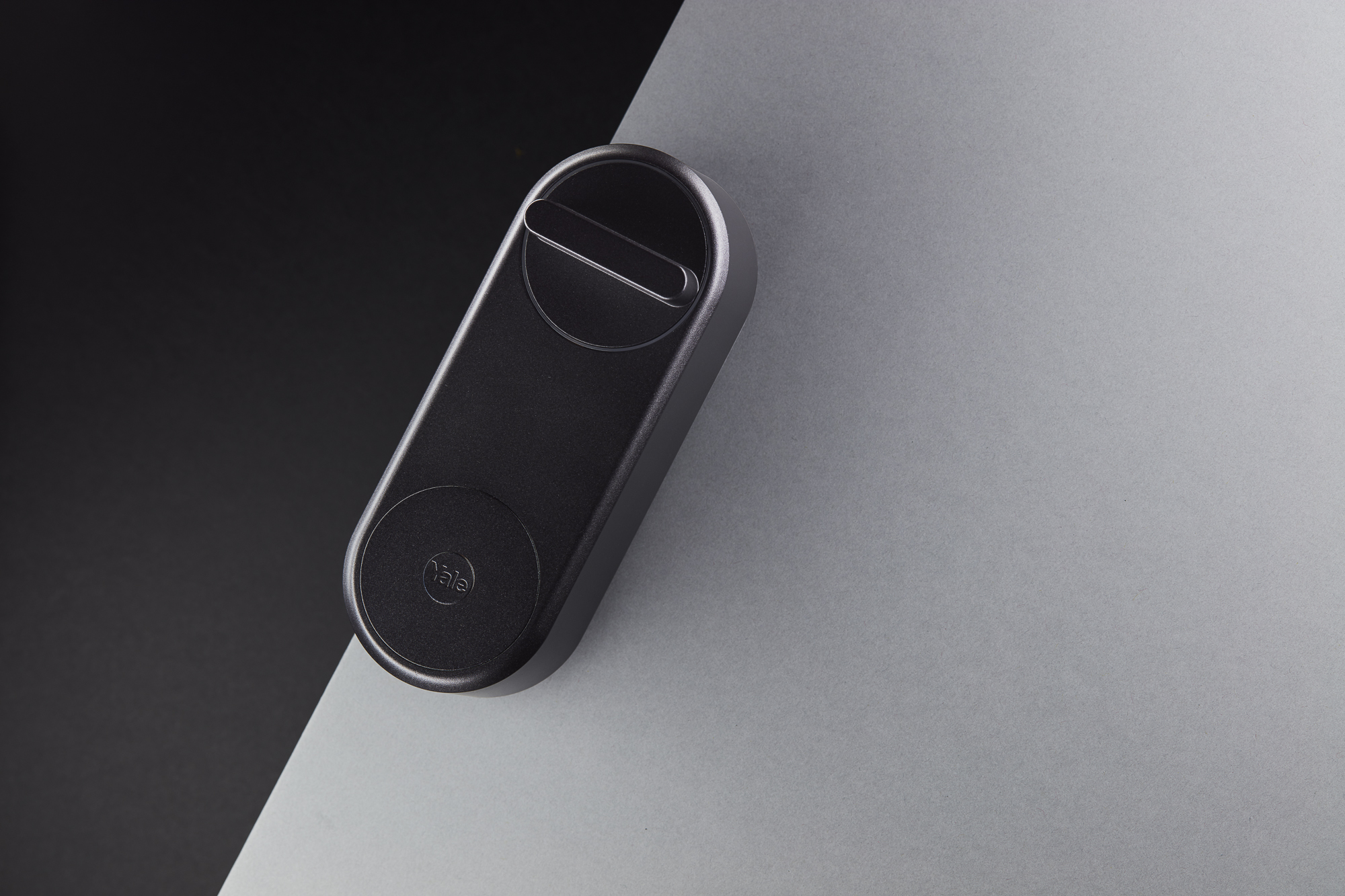 Above: The Linus Smart Lock.

The Bluetooth-enabled Linus becomes even more capable with the Yale Connect Wi-Fi Bridge, which confers integration with voice assistant platforms like Google Assistant, Alexa, and HomeKit, plus third-party services like Airbnb and IFTTT. The lock pairs to smartphones, the Yale Smart Keypad, and the Yale Connect Wi-Fi Bridge over Bluetooth Low Energy (BLE), and it’s protected by two-factor authentication and encryption with additional codes.

As for the aforementioned smart storage line, it’s aptly dubbed Smart Storage. Three form factors are available, including the Yale Smart Package Delivery Box (available spring 2020, starting at $229) and designed in partnership with 2Step Company’s Kingsley Park subsidiary to be unlocked with a smartphone companion app. From the app, owners can also view locking and unlocking activity and get notifications when a delivery is made or share access with others. 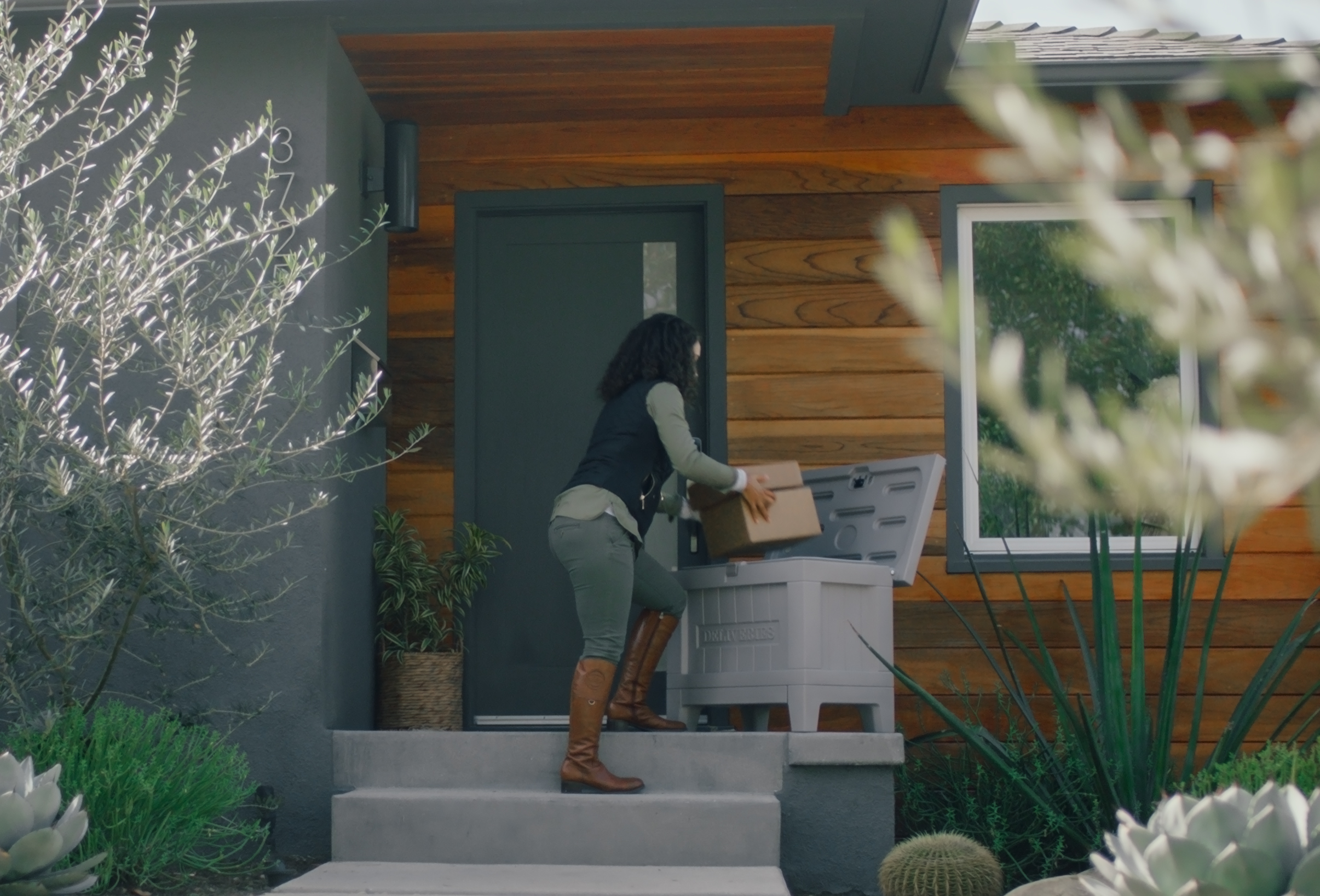 Above: The Smart Delivery Box.

There’s also the battery-powered and keypad-touting Yale Smart Safe (spring 2020, starting at $229), which when connected to a Yale Connect Wi-Fi Bridge can be unlocked via the Yale Access mobile app. It comes with a removable shelf and four AA batteries, as well as a physical key, and it can draw power from a 9V battery in the event that it runs out of juice.

Above: The Smart Safe.

The Smart Cabinet Lock (spring 2020, starting at $79) — the third and final product in the new Smart Storage family — is designed to fit inside cabinets or drawers to secure belongings. Through Yale Access, customers receive alerts whenever the locked storage opens and they’re able to see if the door or drawer hasn’t been shut closed properly. (Assa Abloy notes that the Smart Cabinet Lock auto-unlocks when the batteries die.)

Above: The Smart Cabinet Lock.

The trio of products follows the August View, successor to the original Video Doorbell and Video Doorbell Pro. The View’s sleek, slim hardware mounts to “almost every” type of exterior wall adjacent to a front door and draws power from a rechargeable battery. (It’s wire-free, so it can’t power from an outlet.) The cam’s image sensor captures video at 2,560 x 1,440 resolution — a step up from the Doorbell Pro’s 1,280 x 960 maximum resolution. And it applies algorithms to minimize distortion from the wide-angle fisheye lens, providing a view August claims is the “most realistic” of any battery-powered doorbell.

August’s Access platform expanded to include Yale and Emtek locks in January 2018, three years after its launch. At CES, Assa Abloy announced support for same-day delivery service Deliv, with the goal of pairing Deliv’s services for brands like Nike and Williams & Sonoma with Assa Abloy’s network of smart locks.