While HUD technology originally gained traction in the aviation and military realm, allowing pilots and operators to view data directly in their field of vision, it has increasingly made its way into the automotive sphere with the likes of BMW embracing HUDs to display things like speed and directions in the windshield. However, most modern HUD systems offer fairly basic graphical functionality with a limited field-of-view (FOV) that places images near the front of the car — and it’s basically a secondary display for information that is already visible elsewhere in the car.

With AR-enabled HUDs, cars can overlay graphics that interact with real-world objects and leverage vehicle sensor data. In real terms, this means that a car’s driver assistance system can move beyond audible alerts and flashing symbols to highlight a potential hazard on the road ahead in the windshield, for example. Or it could mean that an animated navigation arrow is displayed directly where a turn needs to be made.

And this is where Envisics is setting out to make its mark. 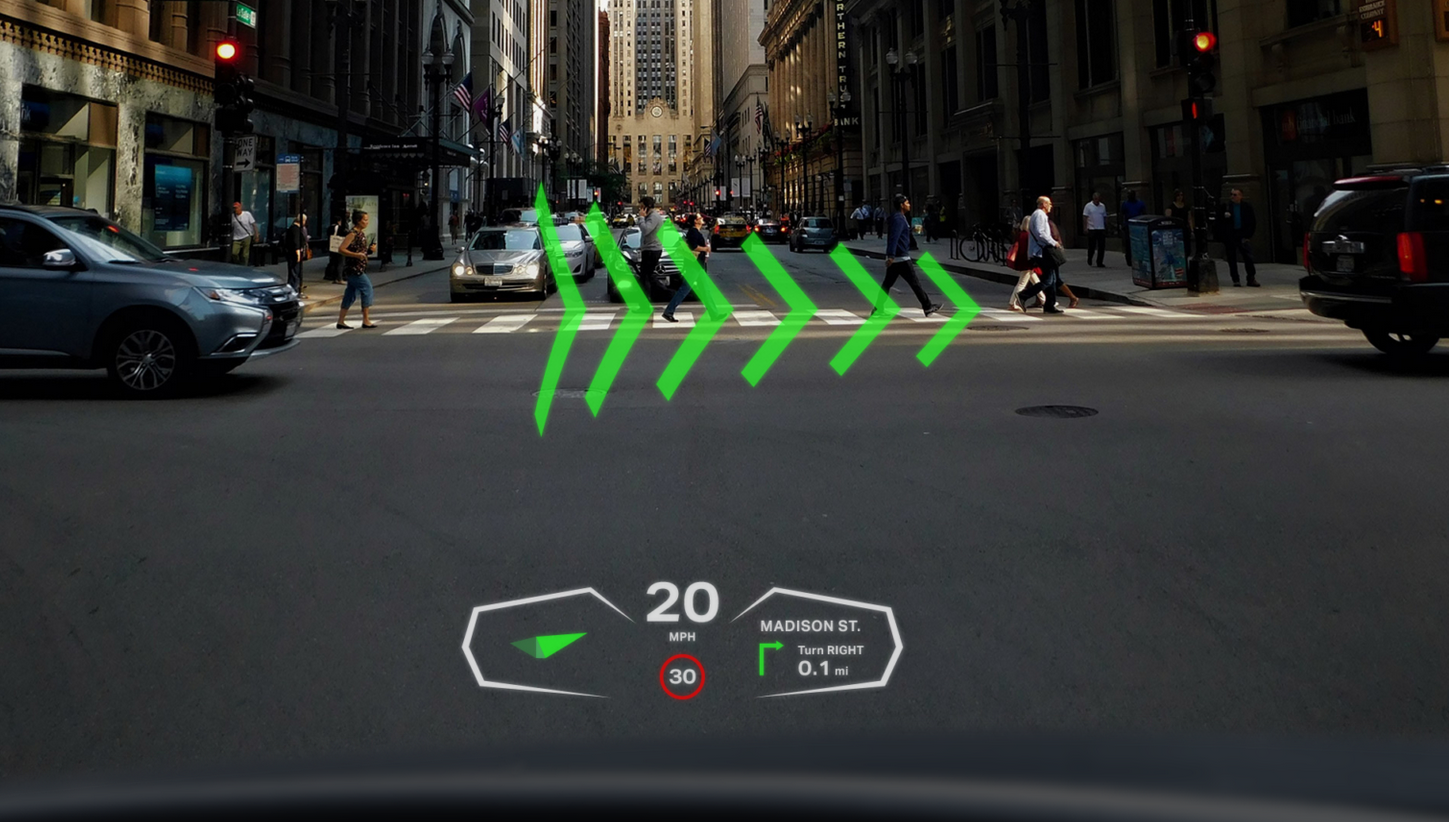 Based in Milton Keynes, England, Envisics was officially founded in 2018, though the technology predates that by quite some time. After completing his PhD in Real Time Holography For Displays at the University of Cambridge in 2009, Jamieson Christmas cofounded a technology startup called Two Trees Photonics, which went on to develop what was touted as the world’s first laser holographic HUD for Jaguar Land Rover in 2014.

A big selling point of this was that the laser holography promised better color, brightness, and contrast compared to other systems on the market, while it also negated the impact that sunlight glare can have on LED-based systems. 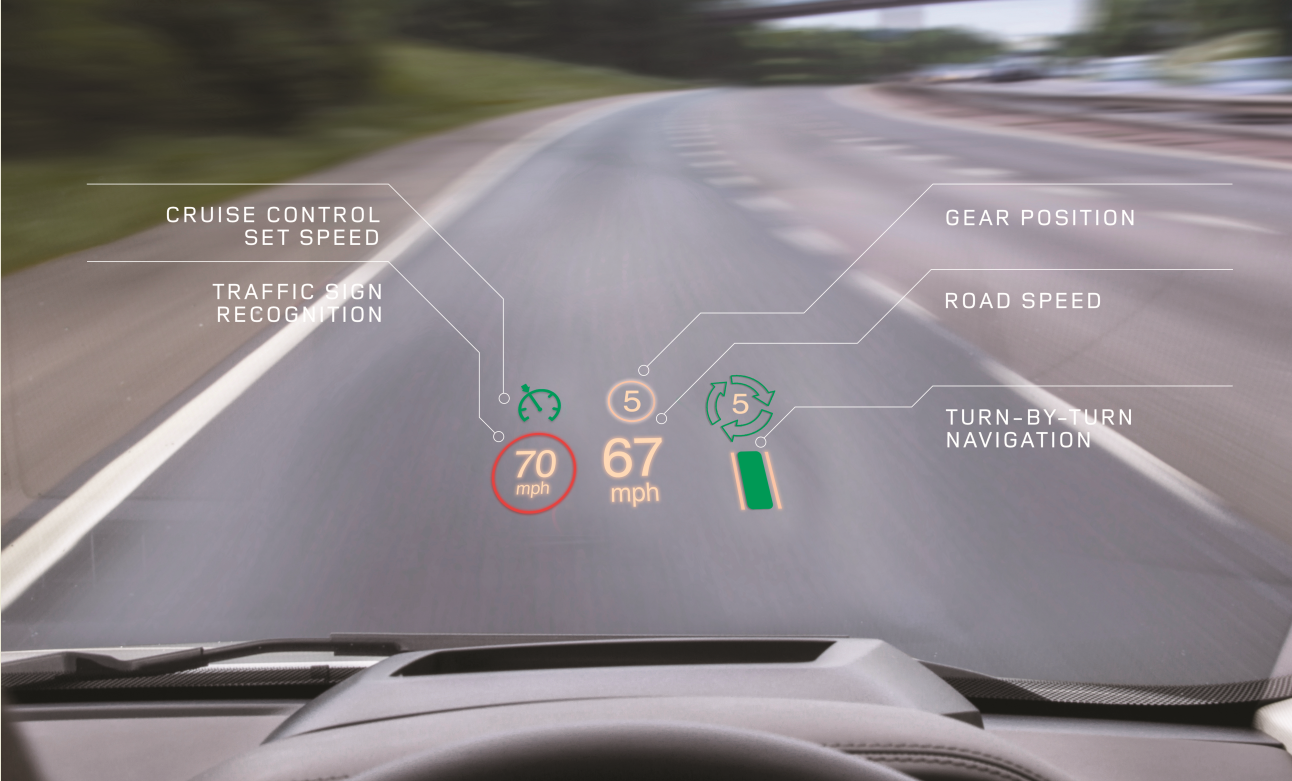 Above: Two Trees Photonics’ technology was used by Janguar LandRover

Two Trees Photonics subsequently sold more than 150,000 units, and in 2016 it was acquired by Los Angeles-based Daqri, a company that built enterprise-grade AR headsets. But less than two years later, the decision was made to spin out the holographic and automotive team from Daqri into an independent company “to continue the work started by Two Trees Photonics,” as Christmas puts it, and on January 1, 2018, Envisics was born. The following year, Daqri was shuttered for good.

Fast-forward to today, and Envisics has secured the backing of some the automotive industry’s biggest companies to help bring the next-generation of its HUD technology to market, which Christmas said it expects to happen in 2023.

Unlike the first version that appeared in Jaguar Land Rover vehicles, the new incarnation not only displays virtual instrument clusters 2.3 meters from the drive, but it also promises to augment the drivers’ view of the road covering 3 lanes across and up to 100 metres into the distance. 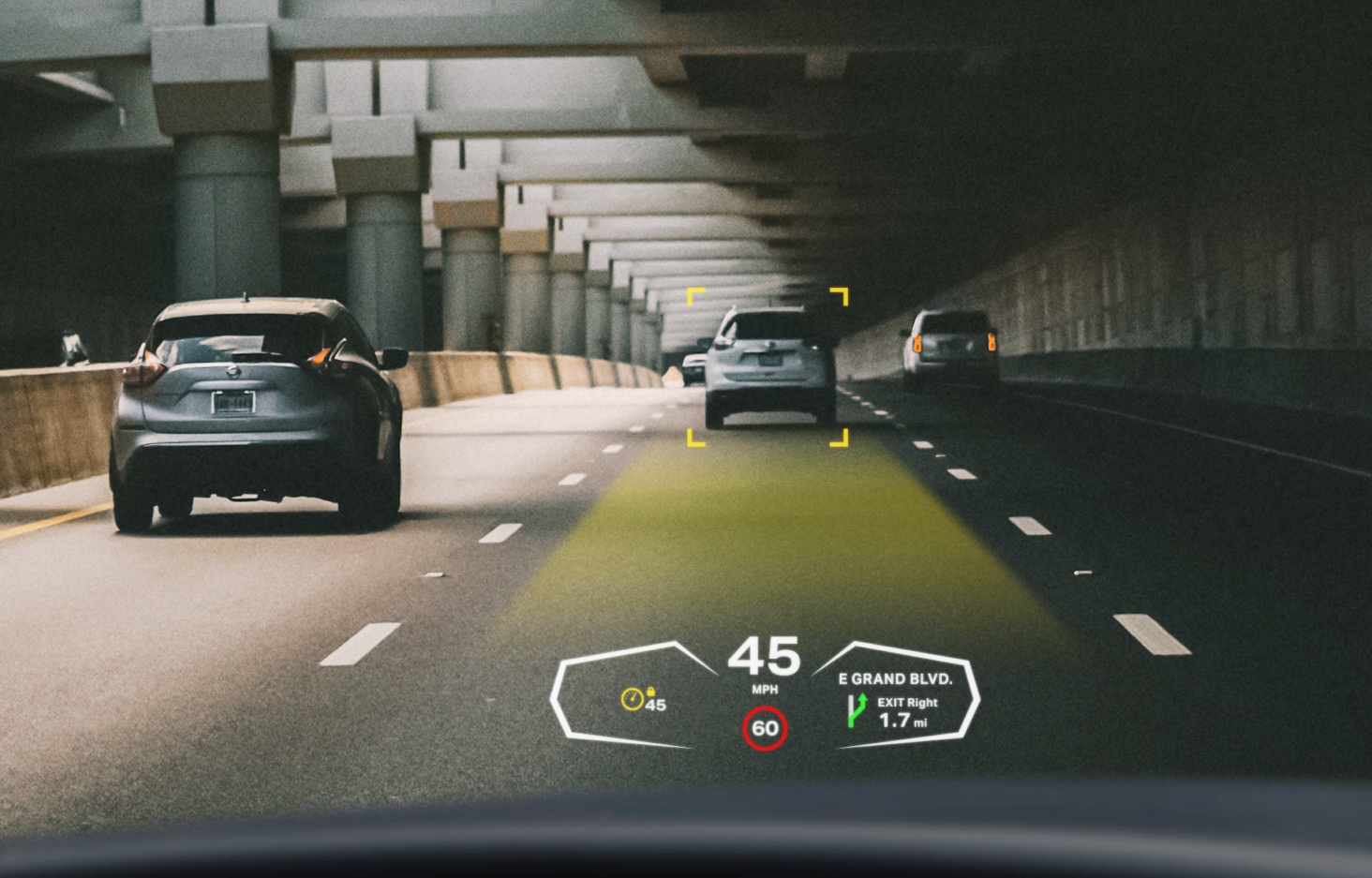 Through the looking glass

The global head-up display market was pegged at a $930 million industry in 2019, though this is expected to rise to nearly $2.5 billion by 2026, as more manufacturers adopt HUD technology and the installation costs fall. Moreover, as awareness grows of the increased benefits afforded by holographic displays, with navigation and safety warning data projected into the driver’s direct field of vision, this will also increase demand in the consumer realm.

Envisics isn’t alone in its endeavor to bring AR HUDs to millions of cars around the globe. Mercedes-Benz recently announced that it would be the first automaker to feature AR HUD technology in a production vehicle, starting with the 2021 S-Class, signalling what could be the start of a major revolution in the deployment of AR-enabled HUD technology in the mainstream.

Swiss startup WayRay is working on similar holographic technology for vehicles, and back in 2018 the Zurich-based company raised $80 million from Porsche, Hyundai, Alibaba, among others.

According to Christmas, Envisics display technology is unique in the way that it “electronically manipulates the speed of light to create true holographic imagery” in three dimensions.

“This approach has a significant number of benefits, including class leading resolution, ultra-wide color gamut and significantly lower power consumption, and the ability to create multiple images at different distances simultaneously,” he told VentureBeat.

While Envisics has previously raised outside funding, Christmas said the company wouldn’t be revealing how much it had previously raised or from whom. However, the roster of big-name strategic backers is indicative of where its technology will ultimately end up, with Hyundai Mobis confirming that it will jointly develop “autonomous driving-specialized AR HUDs” with Envisics, with plans to enter mass production by 2025.