In the wake of the pandemic, countless industries are adapting to what may be a “new normal.” COVID-19 could have a particularly long-tail effect on museums and other cultural institutions that need to figure out ways to operate within social distancing constraints.

Founded in Paris in 2005, Emissive has evolved through the years to support devices and technologies as they come to market, including the first wave of consumer VR headsets. The company works with businesses ranging from fashion brands to telecommunication companies and museums to bring their stories to life through VR and AR applications.

HTC may not have fared well in the smartphone realm, but the Taiwanese technology titan remains one of the top three players in the consumer VR space, thanks to its Vive-branded headsets. Back in 2016, HTC launched a new fund and accelerator to support fledgling startups in the VR space, supporting dozens of companies across the consumer and enterprise spheres. For VR, one of the big obstacles to mainstream adoption has been a lack of everyday use cases, so HTC has a vested interest in supporting companies that produce VR-friendly content and experiences.

HTC and Emissive have worked together on numerous projects historically, including the Louvre Museum’s first public VR exhibition, which celebrated the Mona Lisa last year on the 500th year anniversary of Leonardo da Vinci’s death. 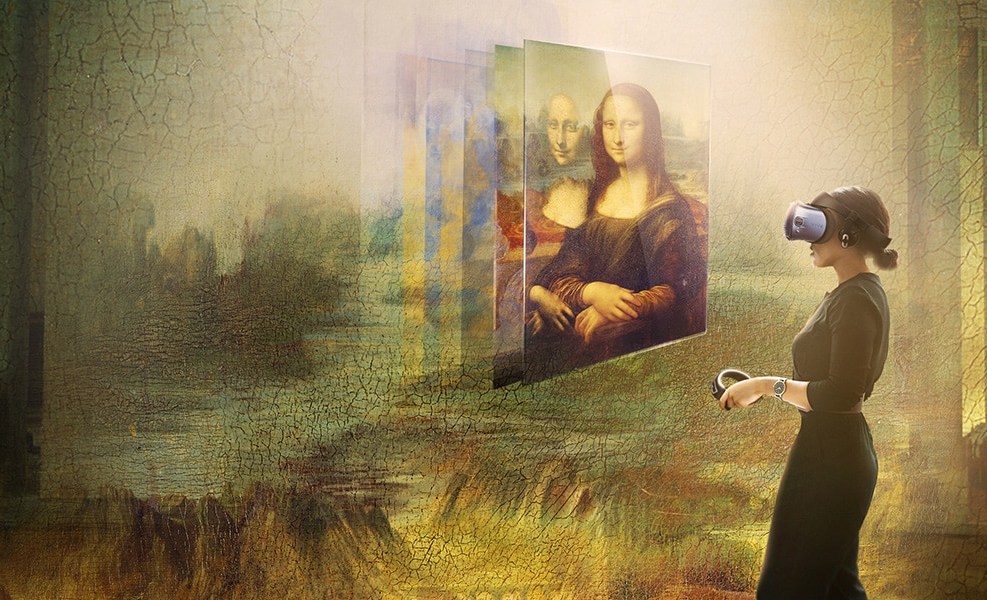 Above: Mona Lisa: Beyond the Glass @ the Louvre in Paris

Mona Lisa: Beyond the Glass was a single-user experience, although it was designed to allow up to 11 people to dive into the famous painting while wearing headsets. Separately, the Louvre and Emissive developed a version of the exhibit that people could experience anywhere, either through their own headset at home or on a mobile app — “even if the immersion is not quite the same,” Emissive CEO Fabien Barati told VentureBeat.

After emerging from the first lockdown and attempting to establish some semblance of normality, France is now entering its second lockdown. And the pandemic has raised questions about the long-term viability of museums and other public spaces. After all, businesses can only endure so many closures before seeking a new model.

While several of Emissive’s clients were forced to cancel projects during lockdown, Barati said the company has managed to sign on new customers in the luxury and retail sectors. However, he added that museums and cultural institutions are also actively searching for fresh formats that could save them before it’s too late. And he’s hoping Emissive’s new immersive expeditions will attract new clients.

“They are under pressure to reinvent their offering and generate new revenue streams, and all of them are intensively preparing for 2021,” he said. “They need to create new formats addressed to a broader audience, whether inside or outside the museum, and the immersive expeditions fit completely with their perspective.”

To address these new opportunities, the company this week announced it has raised $3.3 million in funding from Vive X, alongside investors like the Tech & Touch fund, which is managed by French investment bank giant Bpifrance.

Emissive’s inaugural ‘immersive expedition’ is called Khufu: a journey in Ancient Egypt and builds on a previous exhibition it showcased at the Cité de l’Architecture in Paris.

Each expedition takes place in a group and is designed to last around 40 minutes, and Emissive said it plans to launch several more expeditions soon. A separate “on-demand” offering is designed for clients who want a custom-built immersive expedition.

“Immersive expeditions are a completely different format [than virtual exhibitions],” Barati said. “They are location-based experiences where groups of visitors, equipped with a VR headset and a backpack, can explore cultural sites together by walking freely inside a large, dedicated space.”

To incorporate these virtual expeditions, museums must have a space large enough to accommodate groups of people wandering from point to point. At a time when museums around the world are going back into lockdown, even virtual technologies such as this seem risky, but Emissive says the expeditions can be deployed flexibly. 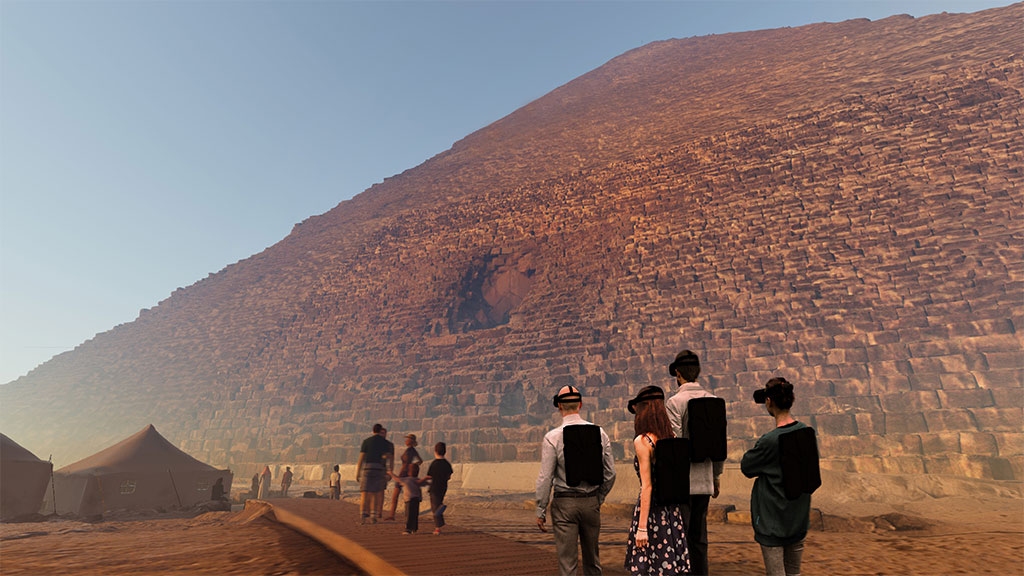 Above: Khufu: a journey in Ancient Egypt

For starters, they can accommodate spaces of up to 1,000 square meters, meaning that when museums are allowed to reopen with restrictions, they will be able to spread people around or limit expeditions to people from the same “household bubble.” And there’s nothing stopping exhibitions from taking place in an outdoor setting, such as a courtyard or gardened area.

Virtual expeditions are also timely given current restrictions (and apprehensions) around global travel. Anyone wanting to wander around Petra or the Colosseum, for example, could conceivably do so from within the confines of a local museum or other experiential location if demand for virtual vacations was deemed high enough. VR vacations are not an entirely new concept, but with much of the world reentering lockdown, there is an opportunity to rethink the “virtual holiday.”